Yusei Kikuchi struggled through five innings on Saturday but picked up his first major league win as the Seattle Mariners held on for a 6-5 victory against the Los Angeles Angels.

Kikuchi (1-1) gave up 10 hits and four runs at Angel Stadium but was backed by a four-homer effort as the Mariners tied a major league record with 53 home runs through 24 games. The Japanese rookie struck out three and issued two walks before his exit.

"Even while trying not to think about how much I wanted to quickly win my first game, I've found myself thinking about it a bit," said Kikuchi, who was making his sixth start.

"The biggest feeling is a sense of relief," he said.

Mitch Haniger and Daniel Vogelbach went deep in the first to give the Mariners a 2-0 lead. In the third, Kikuchi yielded an RBI double to Albert Pujols, who notched his 1,992nd career RBI to tie Babe Ruth for 5th on the all-time list, according to the Elias Sports Bureau. 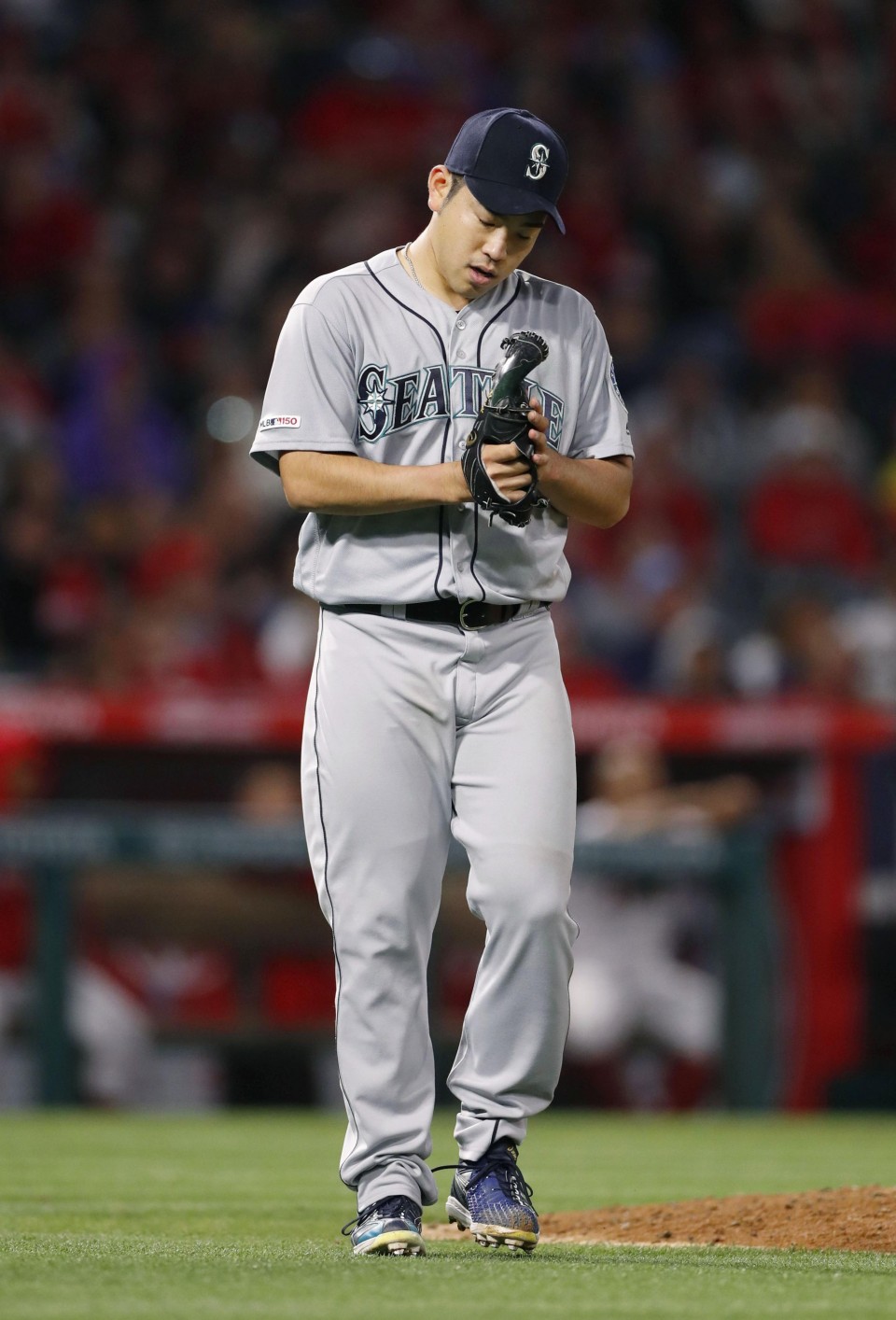 The Mariners' Dee Gordon singled in two runs in the fourth for some breathing room, but Kikuchi allowed a double and a single before a sac fly trimmed the Angels' deficit in the home half.

After Edwin Encarnacion homered in the top of the fifth, Kikuchi immediately gave up two runs on three hits and a walk before leaving the mound with the Mariners up by one.

Domingo Santana added the Mariners final home run in the seventh, allowing the Mariners to survive Pujols' solo shot in the bottom of the ninth.

Kikuchi did not factor in the decision in his first four starts. The 27-year-old lefty was tagged with his first MLB loss Monday against the Cleveland Indians.

Baseball: Another no-decision for Mariners' Kikuchi in 1st home start

Angels' two-way player Shohei Ohtani took part in pre-game batting practice with the team for the second straight day toward his return as a designated hitter in May. He took 32 swings and blasted nine over the fence.

The 2018 American League rookie of the year had Tommy John surgery on his right elbow last October and is not slated to resume pitching until next season. 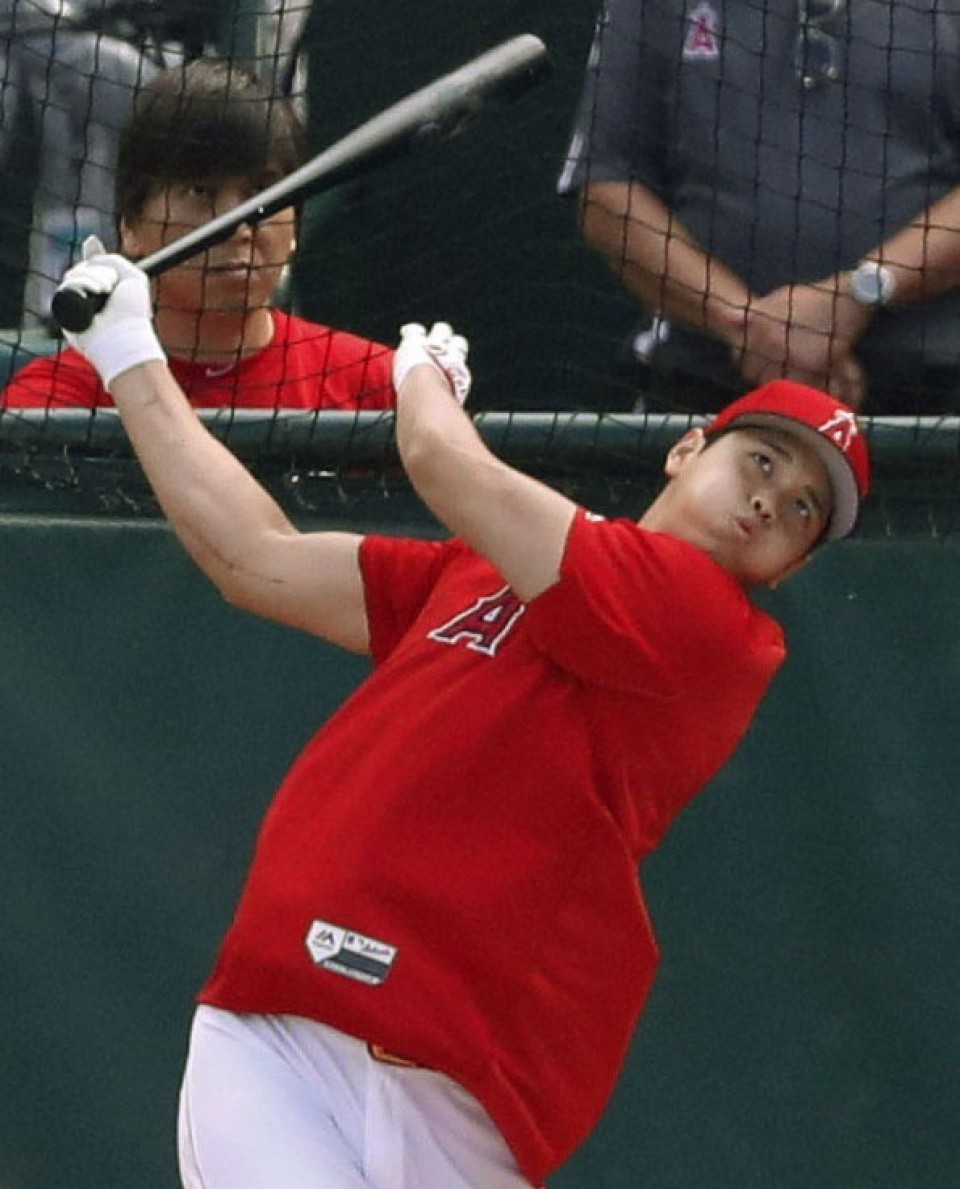 At Yankee Stadium, Masahiro Tanaka struck out seven over seven innings on Saturday and picked up his second win of the season as the New York Yankees beat the Kansas City Royals 9-2.

Tanaka (2-1) scattered four hits and three walks and held the visitors to a run, a solo shot from Whit Merrifield in the sixth. The Yankees homered four times in the first four innings to back the Japanese right-hander.

"I was able to keep throwing aggressively throughout the game and I think that approach was good," Tanaka said. "(My control) was ideal, and I think that lowered the hurdles I faced. I wanted to get strikes by being assertive in the zone."

At Wrigley Field, Yu Darvish (1-3) fell into an early hole the Chicago Cubs were unable to dig their way out of as the team lost 6-0 to the Arizona Diamondbacks.

Darvish surrendered back-to-back solo home runs in the first, and issued two straight walks in the second which led to an early 3-0 deficit. The right-hander fanned seven and yielded five hits over five innings.

The 32-year-old claimed his first major league win since May 2018 against the Miami Marlins on Monday.