Canada won the women's Kitakyushu Sevens by beating England 7-5 in Sunday's final, while hosts Japan finished bottom without a single win for the third straight year.

In the third edition of this Women's World Rugby Sevens Series meet at Mikuni World Stadium Kitakyushu, Canada and England played a tight battle. But Canada captain Ghislaine Landry crossed the line on the final play to level the scores at 5 apiece and converted to turn the game around.

Despite advancing close to the 10-meter line, Canada were unable to move past England's tight defense until Landry finally found an opening after picking up a loose ball.

"Everything we did, they (England) had an answer for on defense," Landry said. "Time was out and we were losing and we knew that if we kept the ball, we could score. We've worked so hard off at home to have that fitness and be able to finish those games."

The Kitakyushu Sevens is the fourth round of the six-leg Women's World Rugby Sevens Series, which doubles as an Olympic qualifier, with the top-four teams booking spots at Tokyo 2020.

She said winning the tournament in Japan is a "good omen" as Canada, the 2016 Rio de Janeiro Olympic bronze medalists, prepare to qualify for next year's Tokyo Games. 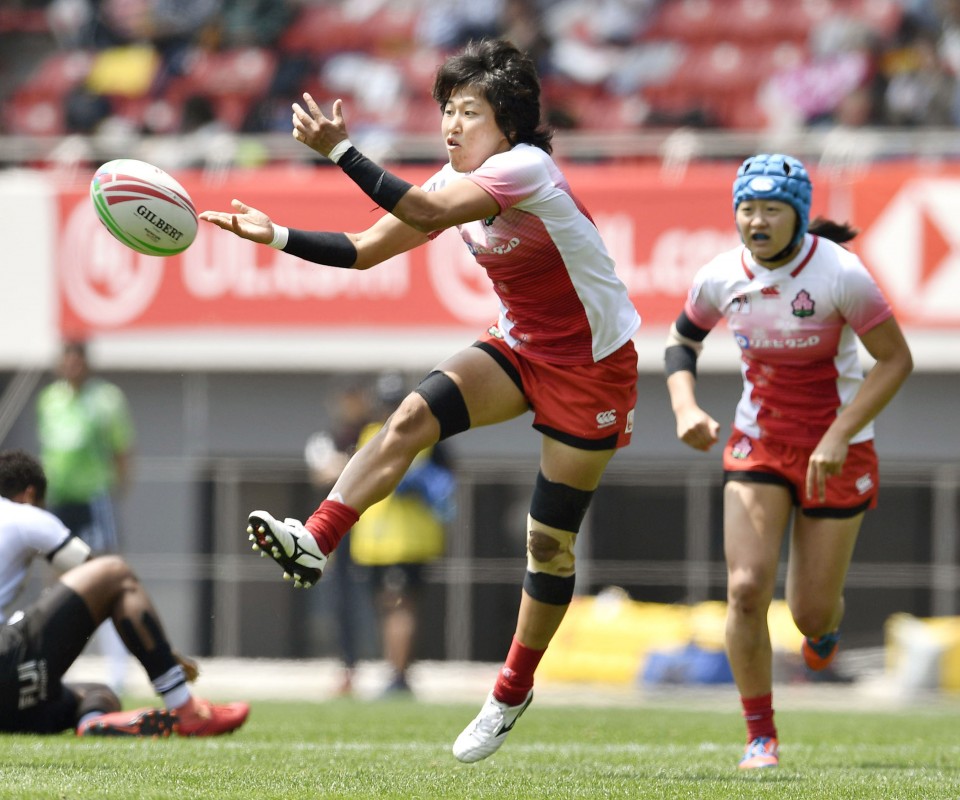 "To put ourselves in a cup final and to win, I think that's just building that belief that we can win that gold medal (in Tokyo)," she said.

The victory lifted Canada to second place in the World Series standings behind New Zealand, who had won the first three legs this season. The United States sit third after winning the bronze medal match against France in Kitakyushu.

Japan's Sakura Sevens, who have already booked a spot for the Olympics, had another disappointing day as they lost 28-17 to Fiji despite going into halftime with the lead, before being held scoreless by China 7-0.

"I think we lost at important moments in the game because we kept making the same mistakes," said Japan captain Chiharu Nakamura. "We're still a young team, so we need to be able to make adjustments."

Against Fiji, the hosts held a 12-7 halftime lead on the back of tries by 21-year-old Honoka Tsutsumi and 19-year-old Yume Hirano. Japan, however, made several costly handling errors and allowed the Fijians to cross the line three more times before Yuki Ito's last-ditch effort.

China's Gu Yaoyao scored the only try as Japan were penalized seven times and struggled to keep possession. The Sakura Sevens were unable to find their momentum with Nakamura sent to the sin bin in the second half.

Two-time defending champions New Zealand were trounced by the United States 26-19 in the quarterfinal and settled for fifth by beating Australia, the 2016 Rio de Janeiro Olympic gold medalists, 34-26.