Rui Hachimura's decision to end his college career in hopes of making a splash in the world's premier basketball league caused quite a stir in his homeland, but Japanese fans must temper expectations for their ascendant star.

After a stellar junior year at Gonzaga University, the 21-year-old Hachimura announced Monday he will enter the National Basketball Association draft, opening the possibility of becoming the first Japanese to enter the league via the draft. 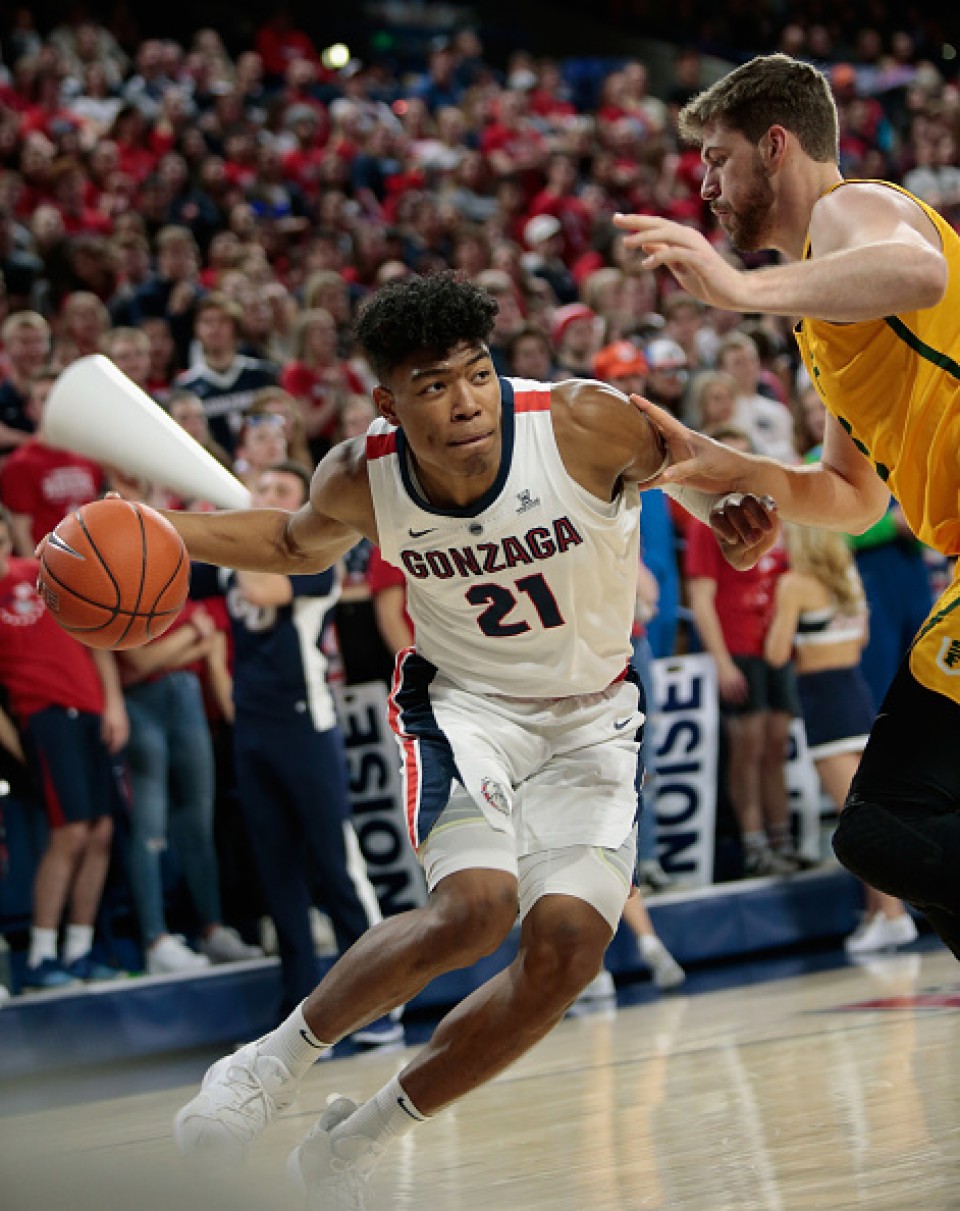 If all goes to plan, he will be selected among the first 30 players in the draft's opening round, but for the young man from Toyama Prefecture, that is where the hardest work will begin.

Despite being blessed with NBA-level athleticism in his 2.03-meter frame, Hachimura's potential role in the league is not immediately obvious.

He is not yet, and likely will never be, bulky enough to bang with the league's low-post behemoths, but in a league moving away from traditional bigs, that is not necessarily a bad thing.

However, he also does not yet have the polished perimeter skill-set to go along with his fleet-footed, end-to-end abilities, meaning teams considering picking him up may be given pause.

He proved again and again this past season, including at times during Gonzaga's run to the NCAA tournament's elite eight, that he can knock down a mid-range jumper, but in an increasingly three-point focused NBA he will need to extend his range to make an impact as a stretch forward.

He has shown growth in that area, going from a non-shooter in his first two seasons at Gonzaga, to having a 41.7 percent three-point success rate as a junior, albeit at just one attempt per game. 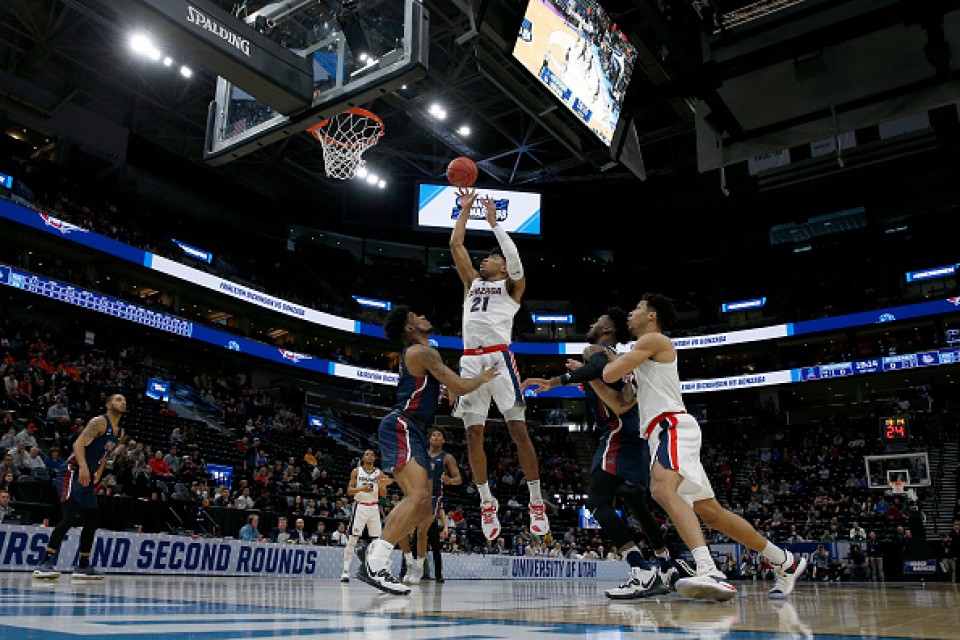 Perhaps an even better indicator of his general growth is his improved shooting percentages, from 52.8 percent on just 1.9 shots per game in 2016-2017 to 59.1 percent on 12.6 attempts this past season.

He also drastically improved his free-throw shooting -- from 54.2 to 73.9 percent in his time in Spokane -- often seen as a good indicator of distance shooting potential.

Due to him not taking up the game until late, he has been criticized for lacking feel, but this season he showed he can make up for any instinct deficit with effort, and a lot of players have had long, extremely lucrative pro careers as so-called "energy guys."

Time and again this season, Gonzaga coach Mark Few gave Hachimura free reign to clean the defensive glass and lead the break, using his burst of speed and decent ball-handling to push the pace and cause damage against scrambled defenses.

He also proved able to get up and down the court better than opposing big men, allowing the Bulldogs to run a high-octane offense that sat in the top 20th percentile in pace while ranking No. 1 in points scored per 100 possessions, according to Basketball Reference. A potent mix.

In an up-tempo NBA, Hachimura's development in Gonzaga's system should serve him well and perhaps allow him to carve out a lasting and significant role. 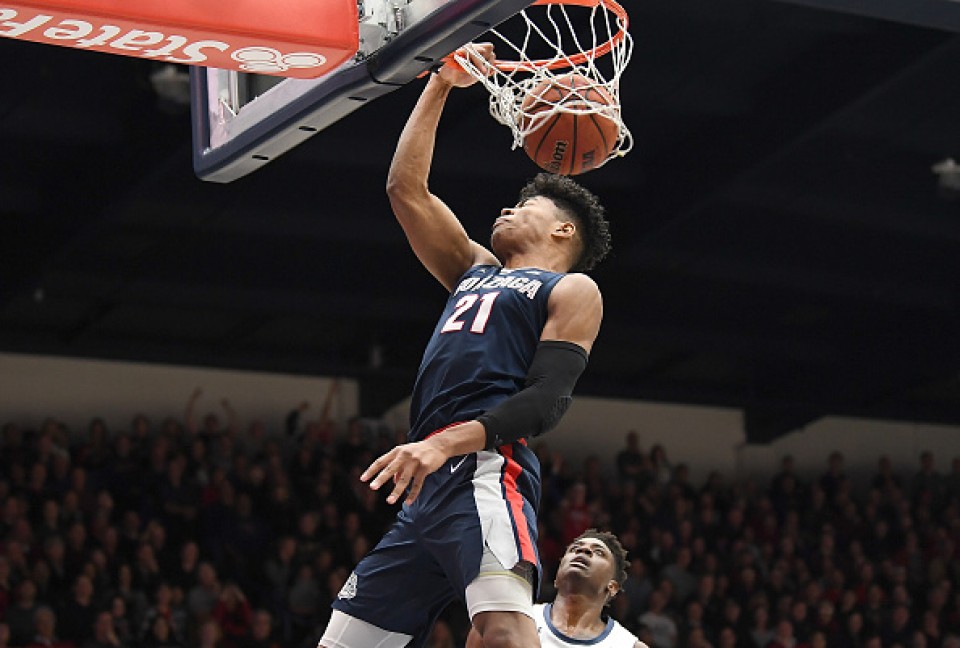 At this time of the year, mock drafts are far from reliable, but the most reputable U.S. media outlets have him falling into the late teens and early 20s of the first round.

Firstly, teams picking at that stage of the draft have normally just come off an early playoff exit, already having some quality squad members but still looking to plug holes with players that know their role and have room to grow. Hachimura fits that bill.

It also means he will likely avoid being selected by one of the league's more dysfunctional teams, a curse that has curtailed -- at least momentarily -- the career of many a high draft pick.

Going to a playoff team, with a playoff culture, will no doubt be a boon for a player so relatively young in the game and who until recently struggled to even communicate with his teammates and coaches.

In his three years in college, Hachimura, who was born to a Japanese mother and Beninese father, went from a player with little experience and understanding of the game or U.S. culture to being the Julius Erving Award winner as best small forward in the country.

Hachimura has every chance to continue this meteoric rise. Japanese fans should enjoy his emergence as their nation's best to ever pick up a basketball, but they will need to be patient as he makes the tough transition to the biggest stage.