The Vietnamese woman who plea-bargained and got 40 months in jail instead of the death penalty over the killing of the estranged half-brother of North Korea leader Kim Jong Un, will be freed on May 3, her lawyer said Saturday.

The lawyer, Naran Singh, told Kyodo News in a short phone text that the Malaysia prisons department has confirmed Doan Thi Huong, 30, will be released on that day from the women's prison in Kajang, on the outskirts of Kuala Lumpur.

Huong, charged with murder more than two years ago, pleaded guilty on April 1 to a lesser charge of "causing hurt", punishable by up to 10 years in jail.

The unexpected offer from the prosecution came following intense lobbying by the Vietnamese government.

The attorney general withdrew the murder charge against Aisyah but not Huong, prompting criticisms of unfairness and discrimination. 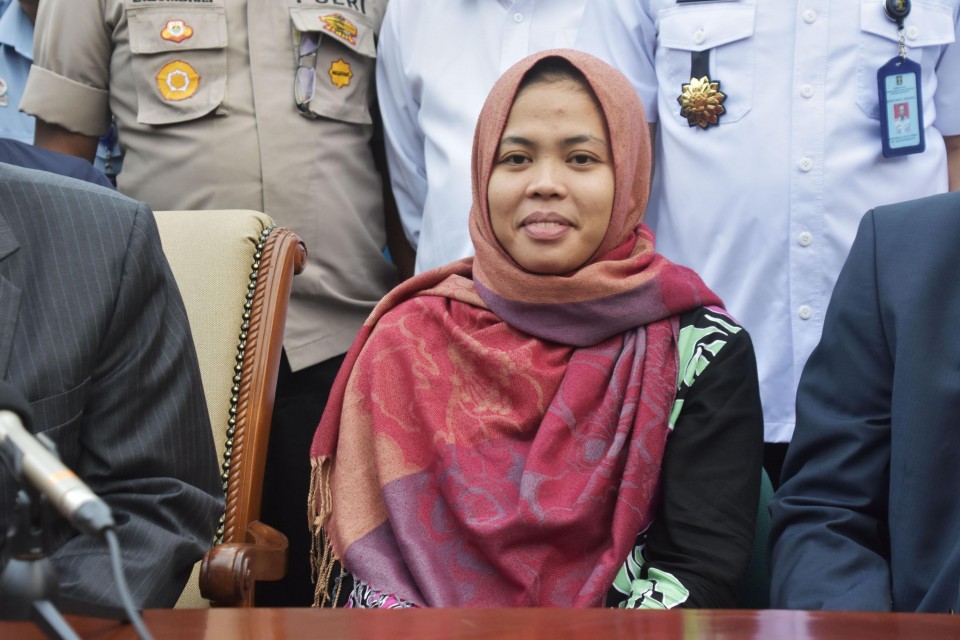 Following the plea deal, Shah Alam High Court judge Azmi Ariffin sentenced Huong to three years and four months in jail, running from the date of her arrest on Feb. 15, 2017.

But she is entitled to a one-third reduction in her prison term under Malaysian law, given that she has been detained for more than two years and shown good behavior.

They claimed they thought they were taking part in a TV-related prank. If convicted, they would have faced a mandatory sentence of death by hanging.