Head coach Tony Brown sprung a major surprise Wednesday when he named Rahboni Warren Vosayaco at inside center for the Sunwolves' Round 10 Super Rugby game with the Wellington-based Hurricanes.

Fresh off a bye week, the Sunwolves take on the 2016 champions at Prince Chichibu Memorial Rugby Ground on Friday night, the first time the ground has hosted an evening Super Rugby game.

Vosayaco has been in superb form this season at No. 8, making 76 carries in seven games (ranked 10th in the competition). And it is that physicality and his defensive ability that has seen him move into the backs, with half an eye on the upcoming Rugby World Cup.

"He has the skill set and ability to play in the backs and we thought it was a good opportunity to put him out there against the Hurricanes against a pretty good midfield where it is going to be physical," Brown said of the 23-year-old, who recently left NTT Communications Shining Arcs and is as yet unsigned for the 2019-20 Top League season.

"It's been in our plans for a while. We know he can play in the backs if needed and I think this is the right game to test it." 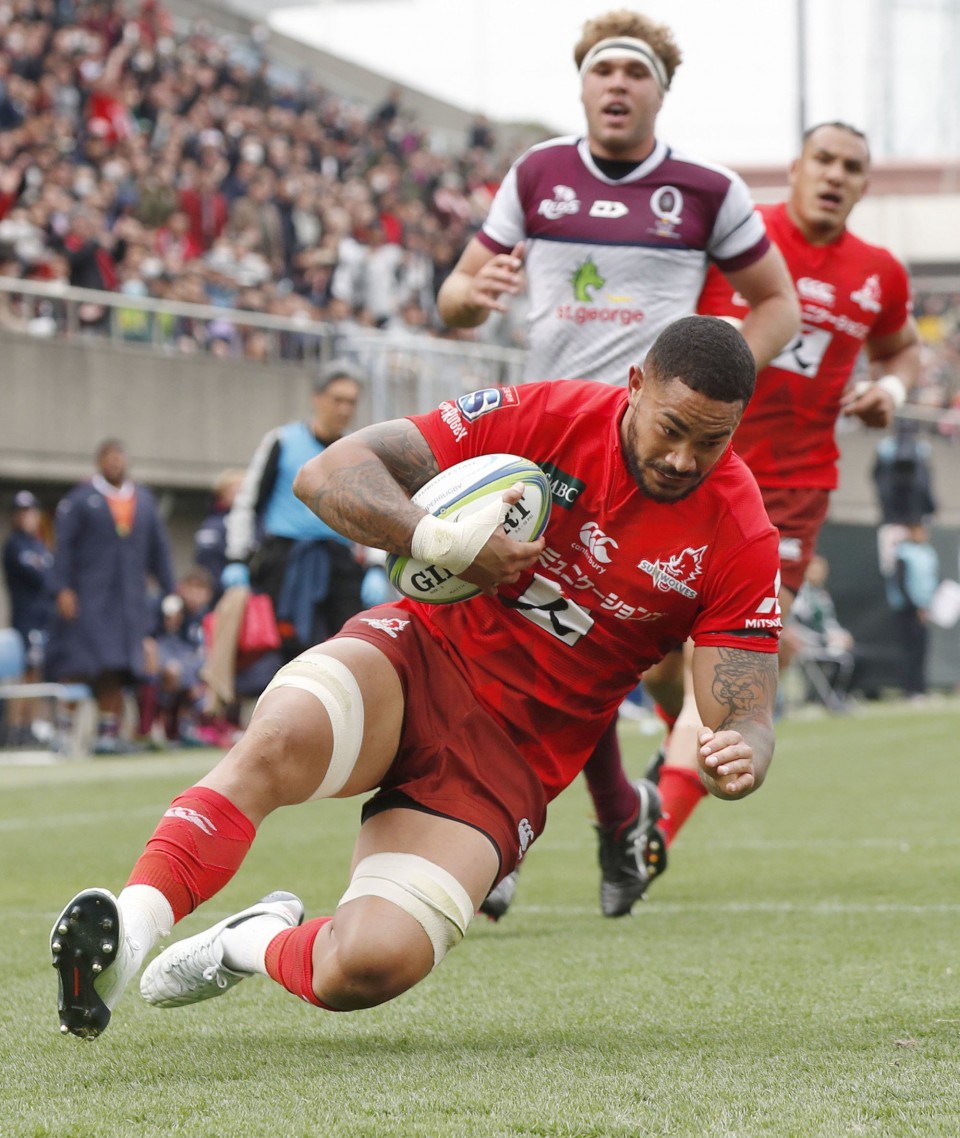 Brown pointed out that this was not the first time a back-row forward had played in the backs for the Sunwolves, with Yoshitaka Tokunaga forced to play most of the 2018 game against the Melbourne Rebels in Tokyo on the wing following a spate of injuries.

"Having that versatility adds a lot to World Cup squads," Brown said.

Vosayaco forms a brand new midfield alongside 21-year-old Josh Timu, though there is a familiar look to the rest of the backline.

Jamie Booth and Hayden Parker pair up at halfback, Semisi Masirewa and Gerhard van den Heever are on the wings and Ryohei Yamanaka is named at fullback.

In the forwards, Pauliasi Manu, Nathan Vella and Hiroshi Yamashita line up in the front row with Mark Abbott and Luke Thompson in the engine room.

Dan Pryor once again leads the side in the absence of Craig Millar and Michael Little. He joins Ben Gunter and Hendrik Tui in the back row, the same trio that started two weeks ago, when the Sunwolves lost 42-15 to the Melbourne Rebels.