Reigning Olympic champion Yuzuru Hanyu delighted fans on Saturday by taking part in a ceremony in his hometown of Sendai to unveil the design of a new monument celebrating the superstar Japanese figure skater.

Six hundred lucky lottery winners picked from among some 20,000 applicants were permitted inside the venue and got a glimpse of the 24-year-old, who appeared in a suit and tie instead of his familiar rock star-style skating costume.

The 2.3-meter tall, 1.6-meter wide monument depicting his trademark "Seimei" pose performed at the 2018 Olympics will be located near the south exit of Kokusai Center station on the Sendai municipal subway Tozai Line next to another commemorating his 2014 Olympic title. The unveiling ceremony is scheduled for April 29. 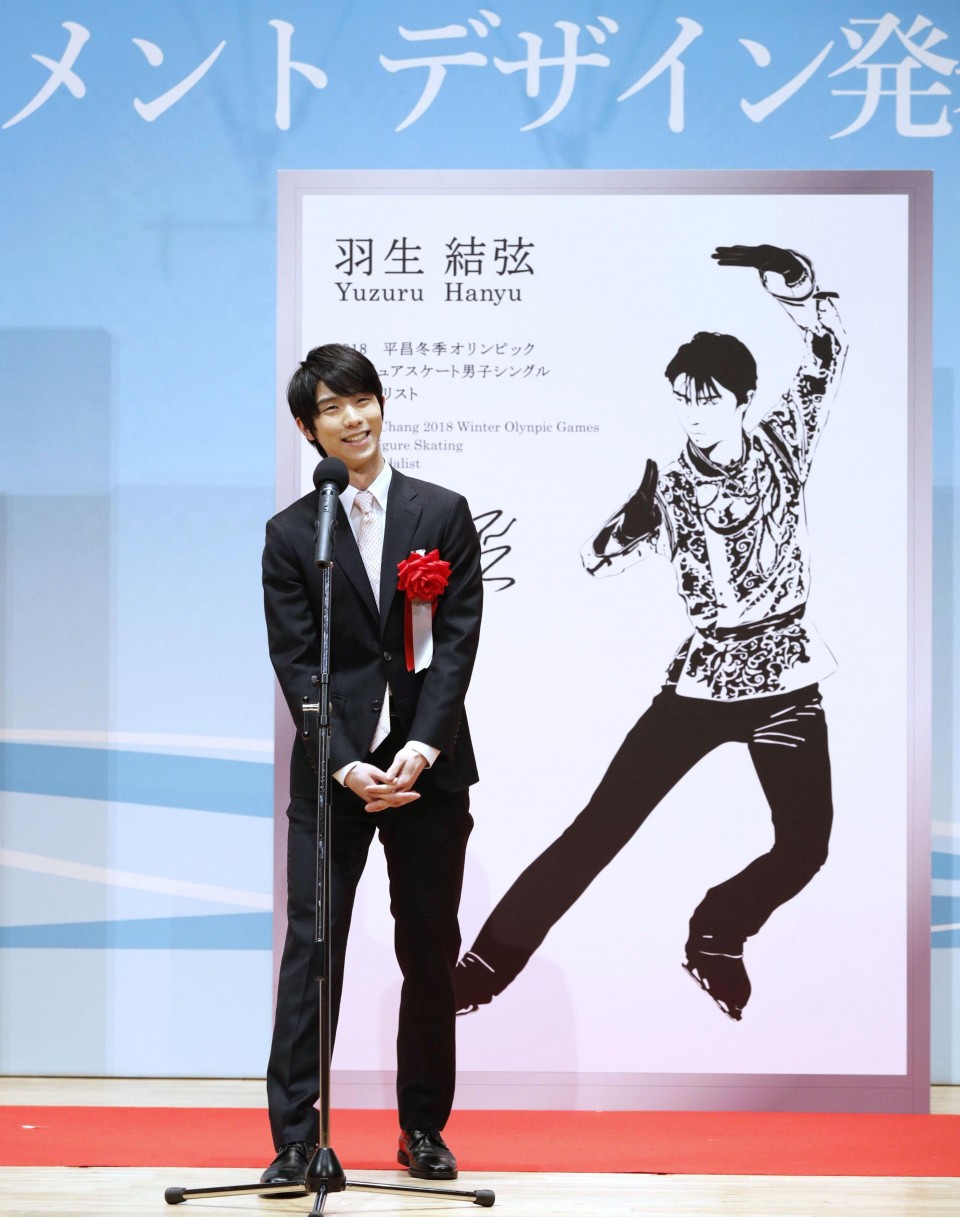 "It's big deal that (my achievements) will remain as a part of history in physical form. I take pride in my back-to-back Olympic titles," said Hanyu, who became the first man in 66 years to repeat as Olympic champion in February last year.

"It would bring me joy to see more children start figure skating," he said.

Goshikinuma Pond, which is said to be the birthplace of figure skating in Japan, is a five-minute walk from the station.

In April 2017, a pair of monuments celebrating the achievements of two Olympic figure skating champions from Sendai -- Hanyu and Shizuka Arakawa -- was installed at the same station. The new panel will be added alongside the existing ones. 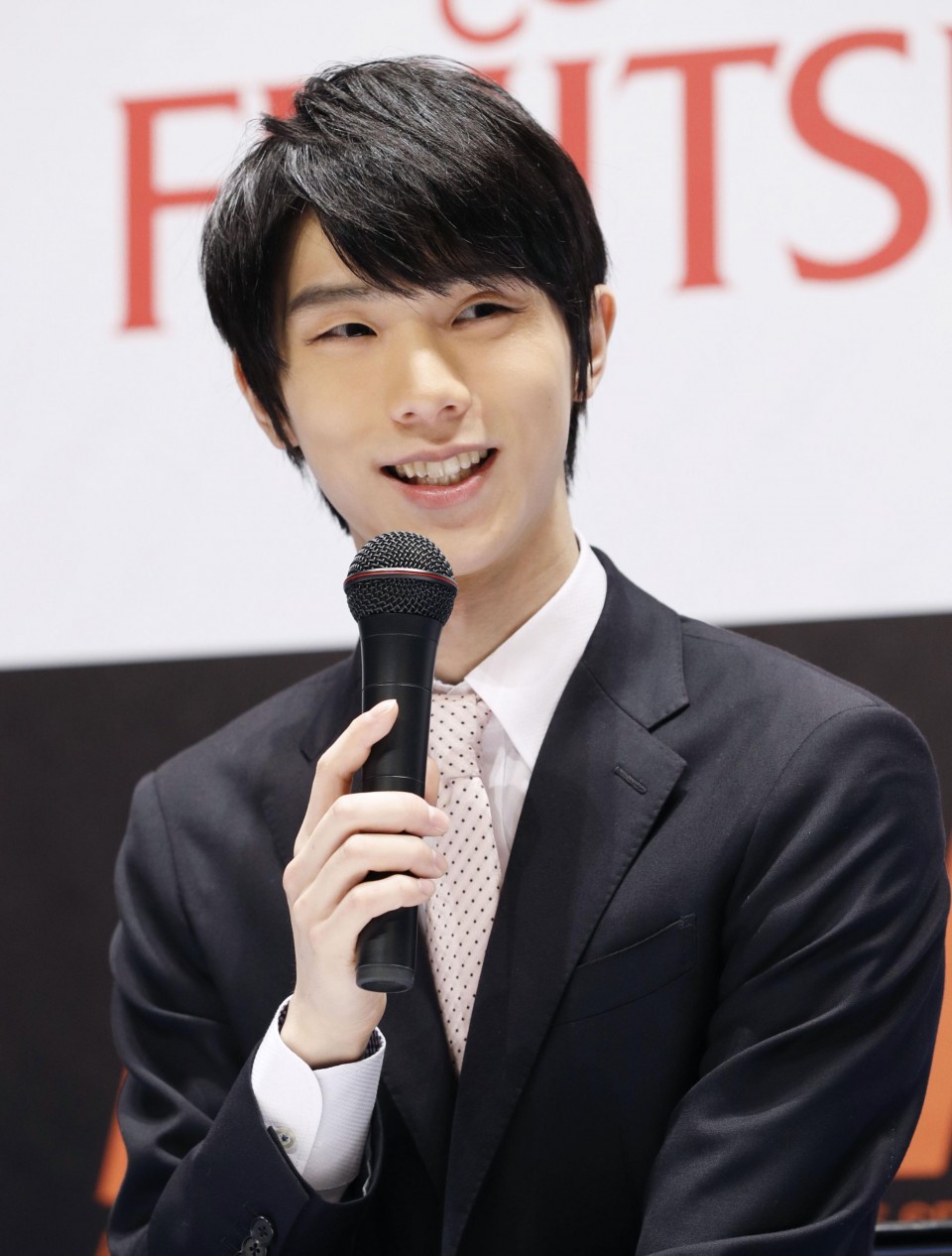 Hanyu won back-to-back gold medals at the Winter Olympics, the first in Sochi in 2014 and the second last year in Pyeongchang.

In addition to winning two world championships, he also won four consecutive Grand Prix Final titles in the past.

He is a major celebrity off the ice as well, with hordes of international fans and Japanese media following his every move. He became the youngest individual recipient of the Japanese government's People's Honor Award last summer.

Currently, he resides in Canada where he trains under Brian Orser. 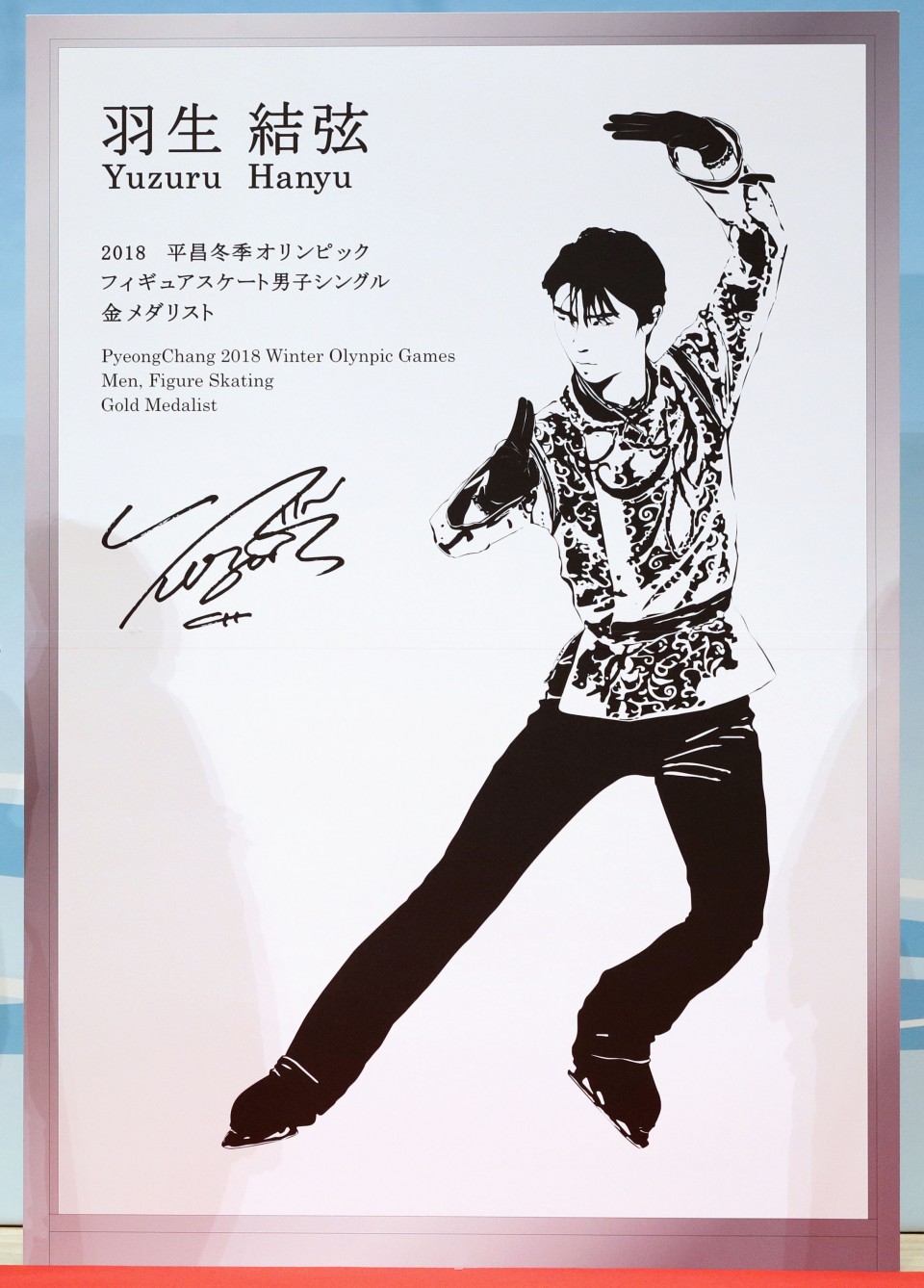