A cross-party group of about 70 Japanese lawmakers on Tuesday visited the controversial Yasukuni Shrine to pay respects to the country's war dead during its annual spring festival.

The Shinto shrine in Tokyo has often been a source of diplomatic friction with China and South Korea, which regard it as a symbol of Japan's militarism before and during World War II, as it honors convicted war criminals along with millions of war dead.

Prime Minister Shinzo Abe, who has strong backing from conservative groups, sent a ritual offering of a "masakaki" tree to Yasukuni on Sunday, the first day of the three-day spring festival, but again refrained from visiting the shrine.

"I think the deceased people will understand if it was a judgment for the country," Hidehisa Otsuji, vice president of the upper house and chair of the cross-party group, told a press conference, referring to Abe's decision not to visit the shrine. 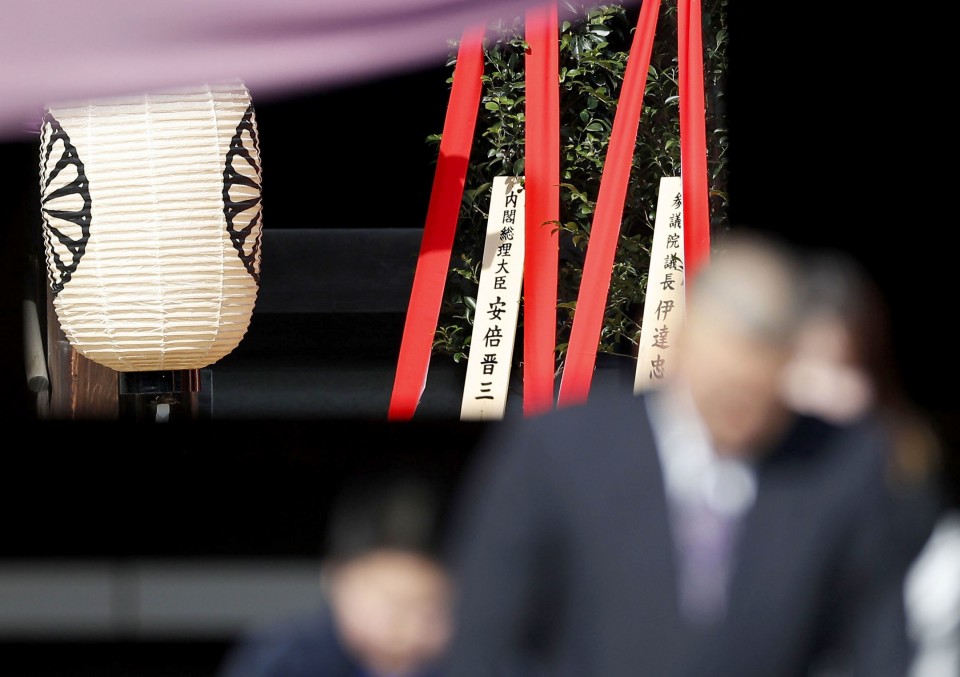 Since taking office for the second time in 2012, Abe has only visited the shrine once, in December 2013. That visit brought Japan's relations with China and South Korea to their lowest point in many decades.

No other Cabinet ministers visited the shrine during the three-day festival, held at a time when Japan's relations with China are improving and Tokyo is preparing for Chinese President Xi Jinping's first visit in late June when it chairs this year's summit of the Group of 20 major economies in Osaka.

The shrine's annual spring and autumn festivals are its most important events. The lawmaker group's members usually visit Yasukuni during the two festivals, as well as on Aug. 15, the anniversary of Japan's surrender in World War II.

The number of lawmakers who visited the shrine this time, including Masahisa Sato, a senior vice foreign minister, and Seiichi Eto, a special adviser to the prime minister, was almost the same as for last year's autumn festival.