Bangladesh is facing a dilemma over the planned transfer of thousands of Rohingya Muslims crowded into makeshift camps along the country's border with Myanmar to an uninhabited island in the Bay of Bengal.

To ease social, economic, environmental and internal security hazards, the government plans to relocate nearly 100,000 Rohingya refugees from the camps in Cox's Bazar to Bhasan Char, which is about 1 hour by motor boat from the nearest shore.

However, it seems that the Rohingyas are reluctant to move to their newly constructed dwellings on the island, located about 40 kilometers from the mainland.

Although travel to the island is currently restricted to only day laborers, Kyodo News on Thursday last week became the first foreign media organization to tour the housing units and speak to the project's development authorities.

The development of Bhasan Char is currently headed by Commodore A.A. Mamun Chowdhury of the country's navy.

Since the early 1980s, Bangladesh has been struggling with the influx of Rohingya, who were denied citizenship in 1982 by the government of Myanmar, which sees them as illegal immigrants from Bangladesh. Currently there are nearly 1 million Rohingya refugees in camps located in Cox's Bazar peninsula.

The shelters in the camps are simple shanties made of bamboo and plastic sheeting, since permanent structures are not allowed. All 27 camps are filled to capacity. 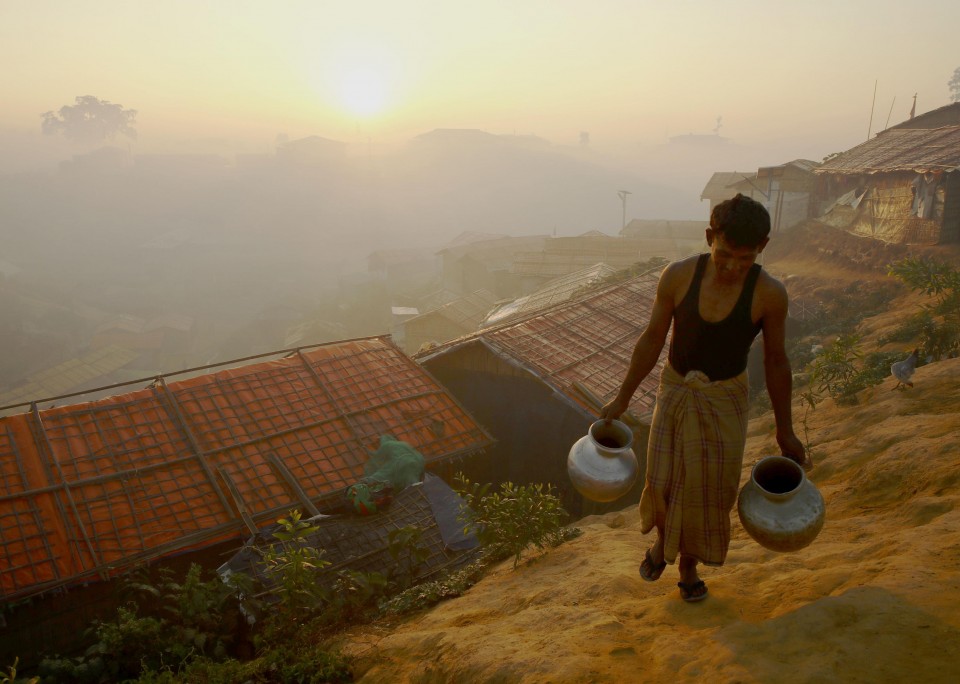 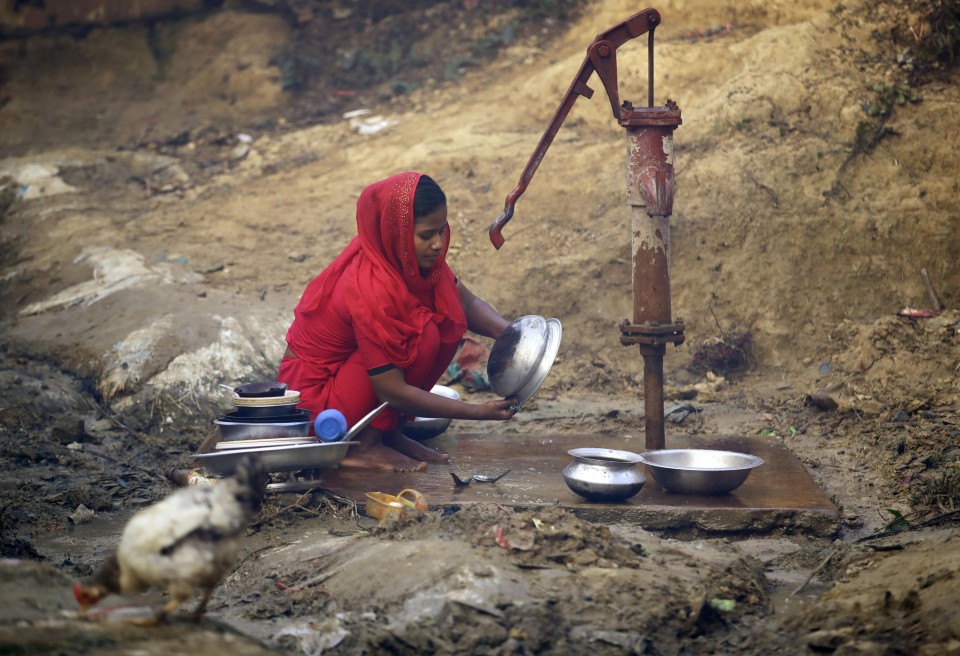 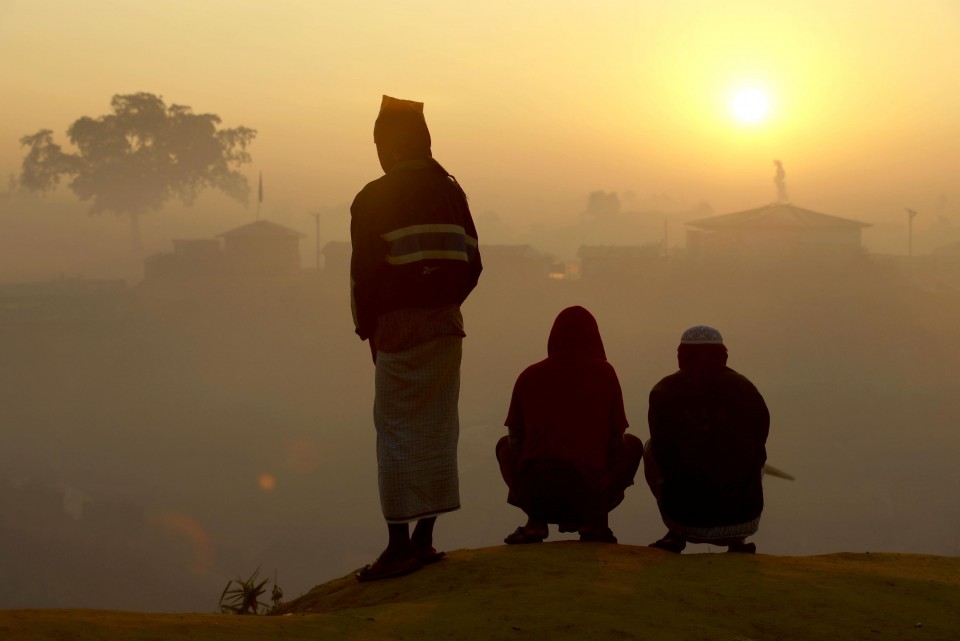 Around 700,000 of the Rohingya have arrived since the Myanmar military launched a harsh crackdown in August 2017 in reprisal for attacks on government security posts by a Rohingya militant group.

Refugees at the camps prefer them to the island as they are not far away from their homeland in Myanmar's Rakhine state.

Experts believe that the proximity of Myanmar to the Cox's Bazar refugee camps keeps them socially and culturally alive as Rohingya.

The refugees maintain close contact with family members and relatives and get information on a regular basis via informal channels from Rakhine.

Furthermore, a substantial number of these refugees receive financial assistance from relatives and family members working abroad, especially in the Middle East, Europe and even Japan.

According to the refugees, the belief is all too prevalent that once they leave Cox's Bazar, they will be deprived of most of the social facilities that they are currently enjoying unofficially. Refugees primarily selected for relocation to Bhasan Char are showing apathy to the notion of shifting to a remote island.

They believe that Bhasan Char is not easily accessible and a physically hostile territory in comparison to their current settlements.

On the other hand, sources close to aid agencies have claimed that after a series of negotiations the United Nations has agreed to facilitate the government's relocation plan to Bhasan Char on condition that refugees will move there voluntarily.

The U.N. High Commissioner for Refugees also insists on the voluntary relocation of 100,000 refugees to their new temporary abode.

Mamun, the project director, told Kyodo News that Bhasan Char now is almost ready for the refugees. The Bangladeshi government estimates the cost of the project at over 23.12 billion Bangladeshi taka (about $272 million), fully funded by the government.

"We have tried to transform this two-decade-old uninhabited island into a livable place for the Rohingya refugees," said Mamun.

Besides housing quarters and water and power supplies, the island has been provided with infrastructure including flood protection embankments, roads, emergency shelters, hospitals, schools, a mosque, and helipads, he said. 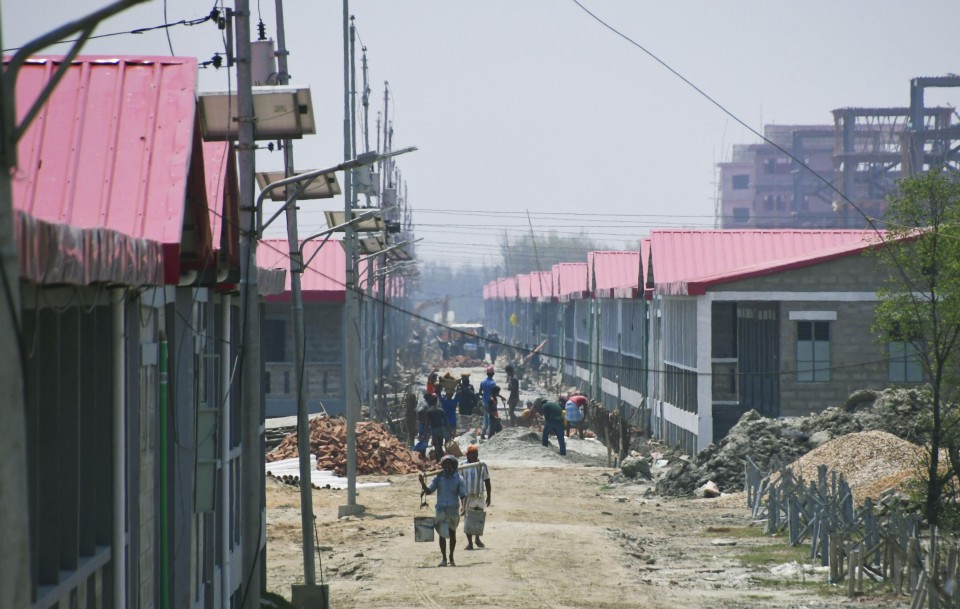 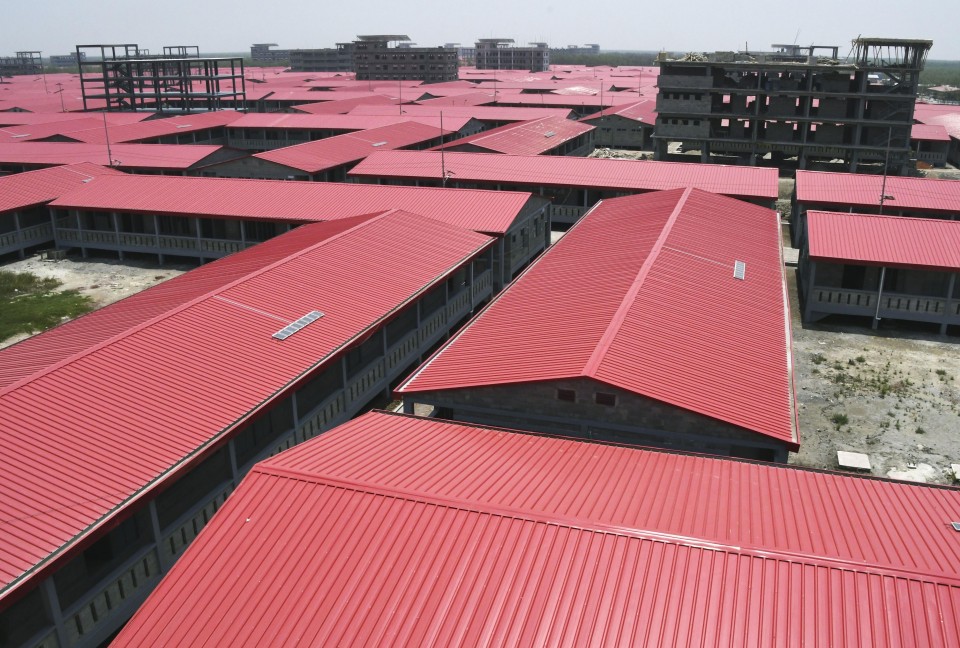 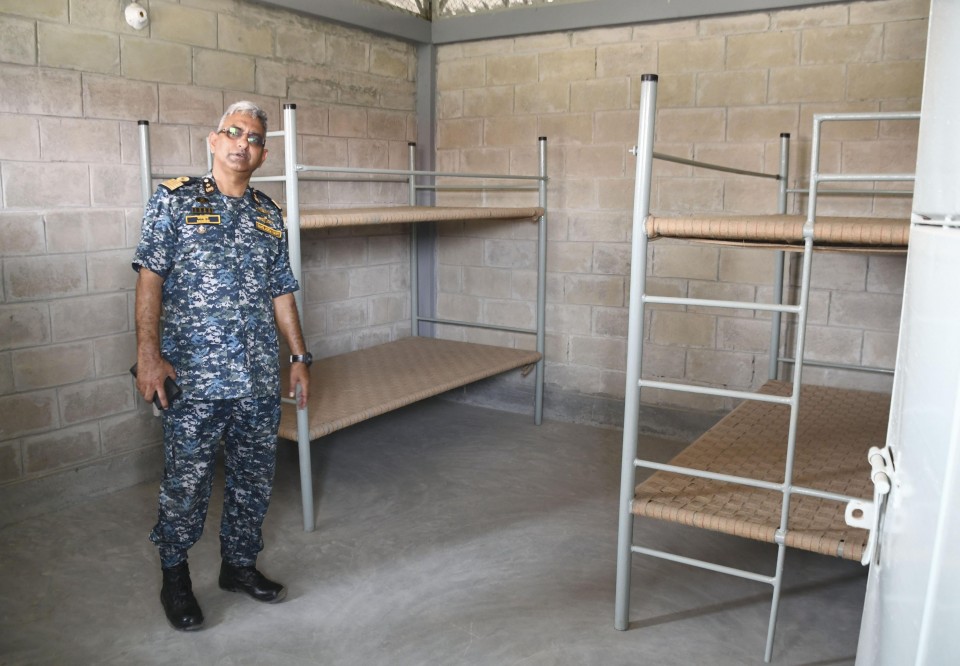 Mamun said that under the direct supervision of the prime minister's secretariat, a team from the navy supervised every aspect of the project in liaison with British and Chinese consultants and engineers. Up to 16,000 workers have been working round the clock for over 15 months to complete the project.

Chinese construction giant Sinohydro is working on a 13-km-long embankment and appears to have finished a large chunk of it.

Mamun said around 600 hectares of the 5,200-hectare island are being used for the project, being divided into 120 plots of land with a total of 1,440 housing units, each divided into 16 rooms each measuring about 3.6 meters by 4.2 meters. One family will be assigned to each room.

He explained that by having 120 cyclone shelters it is clearly safer than the refugee camps.

Officials said 93 percent of the construction has been completed and the site is almost ready to receive refugees from Cox's Bazar.

According to the navy, the government drew up the relocation plan with the aim of reducing the population density in the camps.

But it still remains uncertain whether the authorities will be able to actually bring the refugees there.

The refugees say they will resist relocation to the island as it is regularly swept by high tides and is vulnerable to flooding.

The island, once known as Jaliar Char and later renamed Bhasan Char, which means floating island, by Prime Minister Shiekh Hasina, has been formed through sedimentation over the past two decades.

Refugees camped in Cox's Bazar said living on the mainland is safer than the island, which is threatened by cyclones and tidal waves.

Tarimina, 50, who is staying at Unchiprang camp, said, "We have heard that the island goes underwater during storms. We are fine in the camps."

Mostafa Begum, 25, who claims her husband was killed by Myanmar soldiers, said she is worried about how she and her five children will live on the island.

Tanmoy Das, deputy commissioner of Noakhali district, said the relocation was supposed to take place before the onset of monsoon rains. Reports now indicate that it will happen after the monsoon season.

Boat services between Bhasan Char and the mainland have been set up by the navy in preparation for the transfer.

People working with an aid agency said, on condition of anonymity, that the government plans to initially shift 60 willing families in October this year before the formal inauguration of the relocation project by Hasina.

The administration has already started talking and distributing leaflets in the Burmese language to Rohingya community leaders in the camps to motivate the refugees with regard to the plan.

The leaders will be taken to the island so that they can see the facilities for themselves and report back to their communities to encourage them to make the move, the sources added. 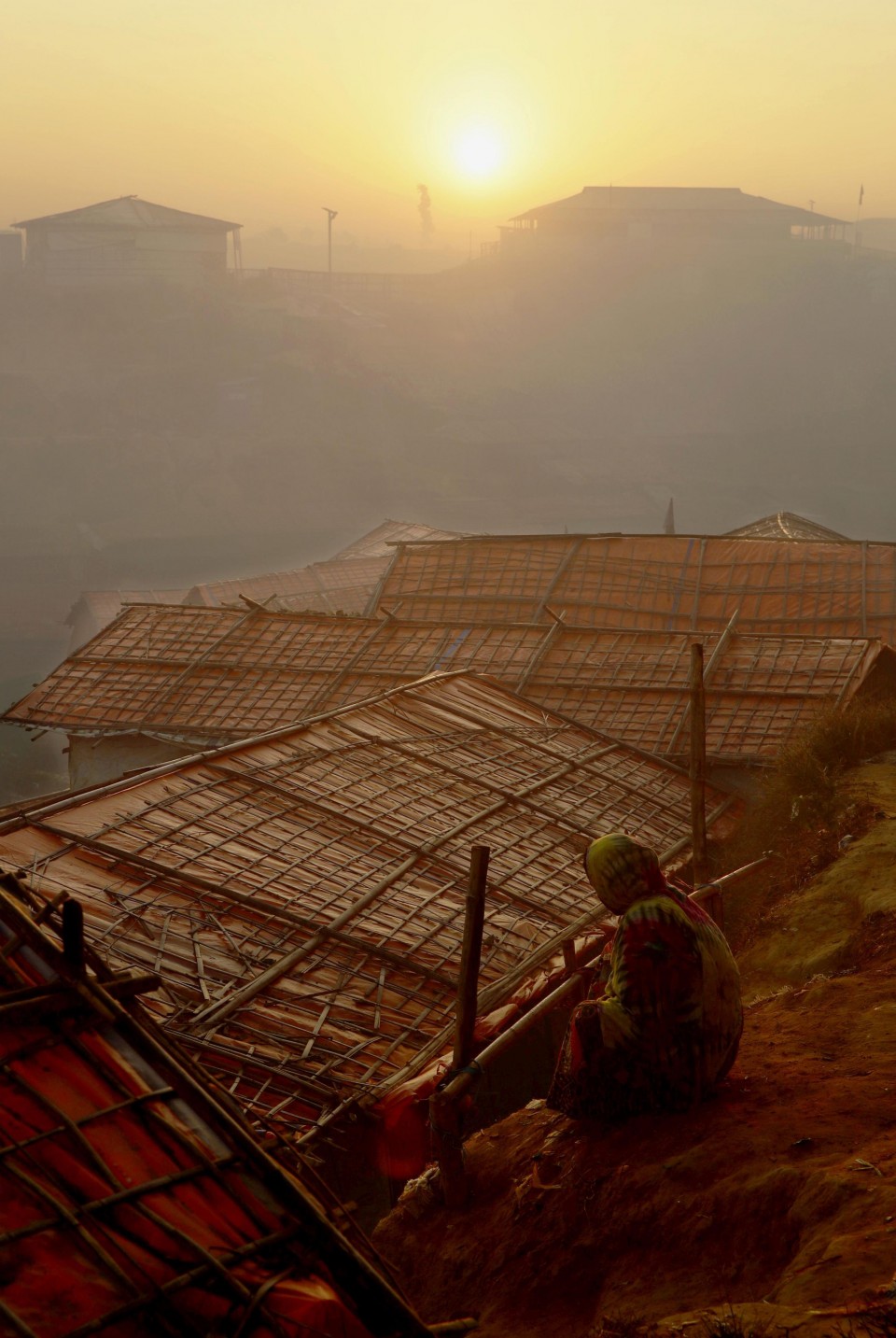