An 18-year-old Japanese woman, once recognized for having the world's longest teenage hair, had her first-ever haircut Tuesday before starting life at university.

Keito Kawahara, who lives in Izumi in Kagoshima Prefecture, southwestern Japan, said she plans to donate it for medical wigs.

Kawahara initially grew her hair to hide a scar on her head that developed as a result of treatment shortly after birth. She continued life without cutting her hair, which she braided every morning during high school.

There were times when she thought about changing her hairstyle, but she missed the chance as she had to study for university entrance examinations. 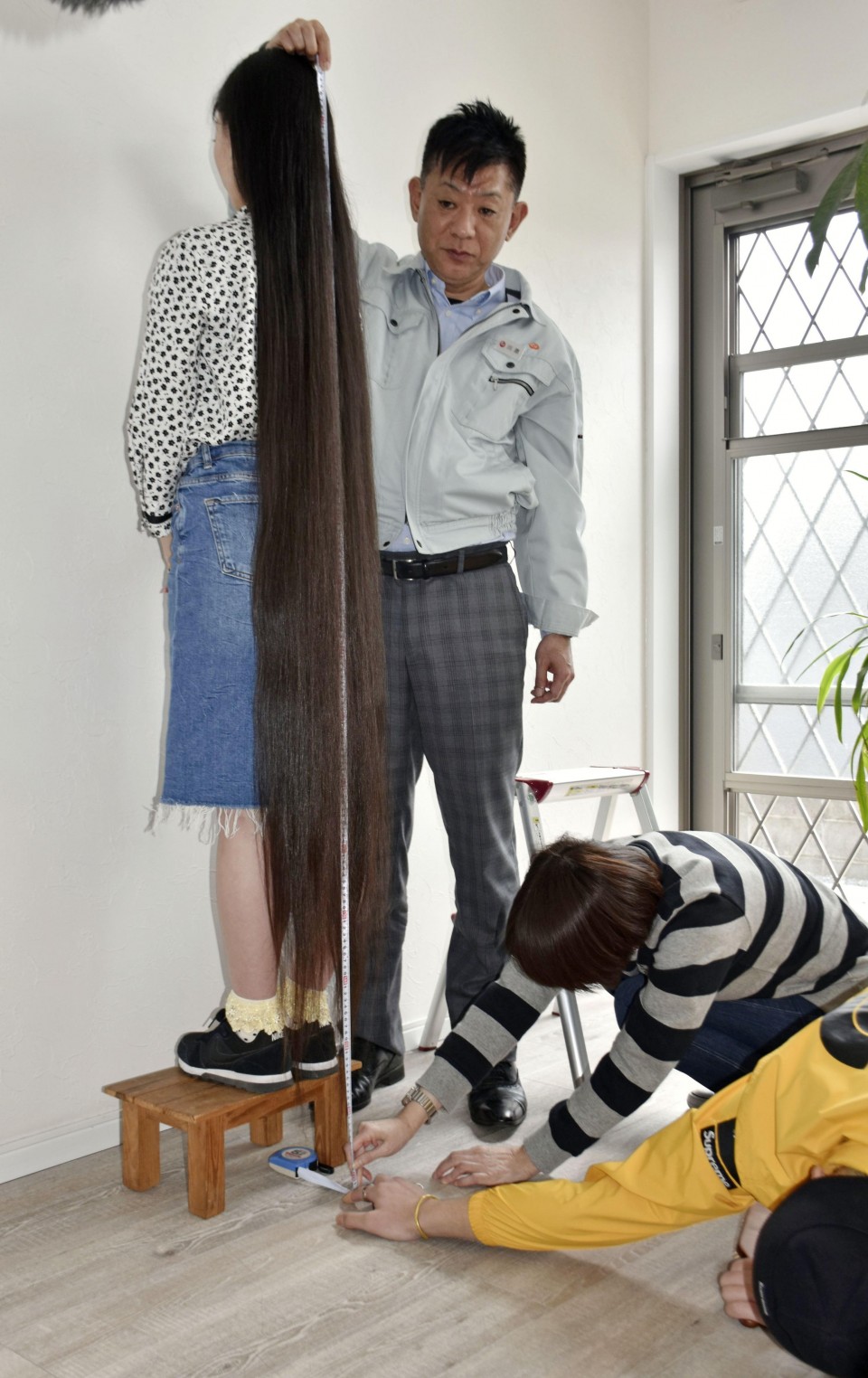 In March last year, Guinness World Records recognized Kawahara as having the world's longest hair among teenagers aged between 13 and 17, with her hair measuring 155.5 centimeters at the time.

Kawahara turned 18 in April last year, making her ineligible for the record.

As Kawahara will start attending university in Kumamoto Prefecture this month, she decided to have a haircut for the first time in her life.

She also said she felt it was a good time to do so because Japan will mark the start of a new imperial era following the abdication of Emperor Akihito on April 30. 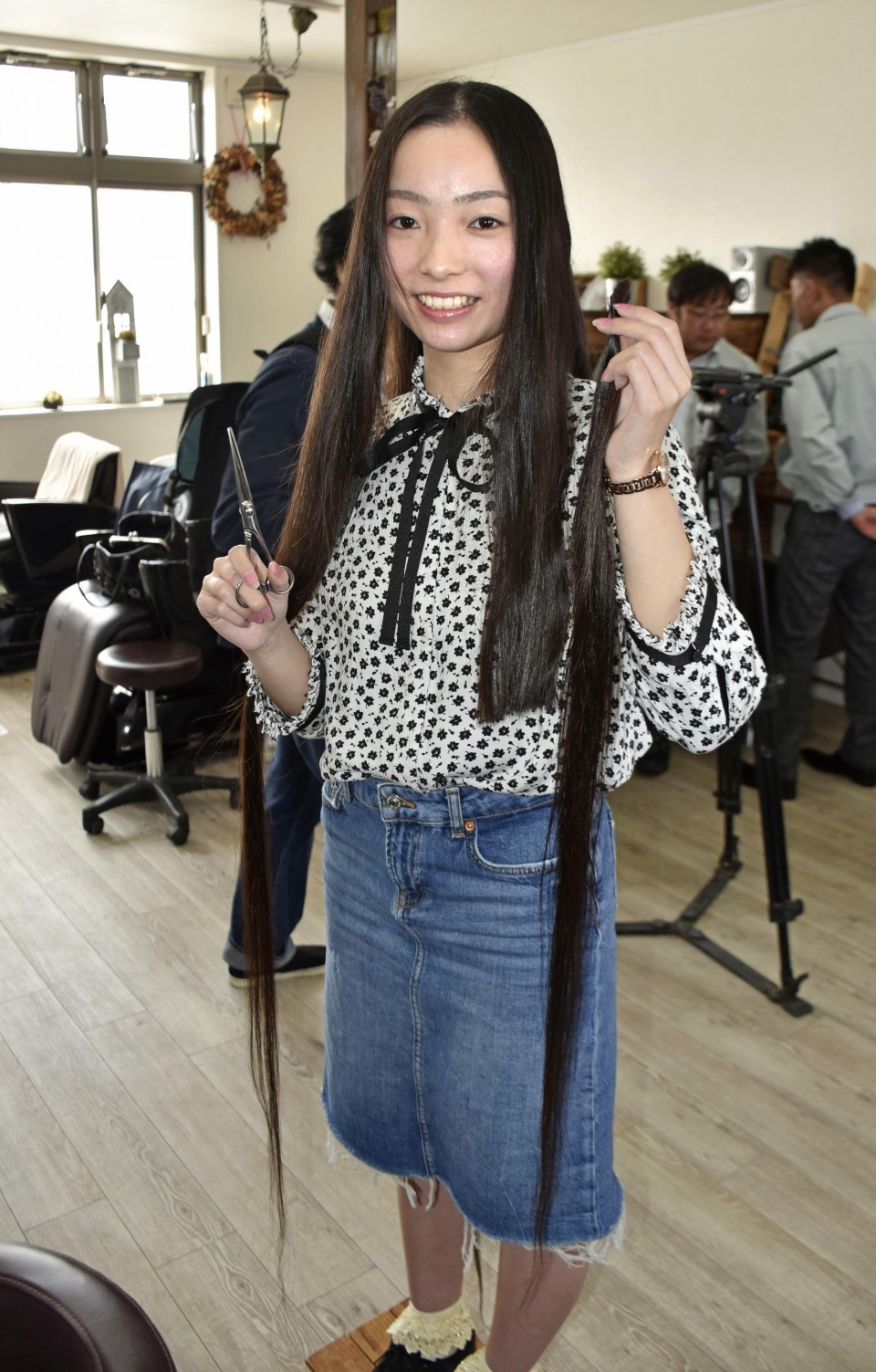 Her mother Miyuki Kawahara, 47, who washed her daughter's long hair on a daily basis, said, "I felt kind of sad when I shampooed her hair (before the haircut), but it's stylish and looks good on her."

The nongovernmental organization that will receive the donated hair said, "We are grateful for the donation of preciously grown hair. It will be utilized for long wigs of which there tends to be a shortage."

An Indian girl residing in Italy established a new world record in November with hair measuring 170.5 cm, according to Guinness World Records.