Emperor Akihito and Empress Michiko took a morning walk outside their residence Sunday, viewing cherry blossoms on the outer Imperial Palace grounds in Tokyo in a rare occasion that surprised joggers and other passersby.

It is likely to be their last such stroll during his reign as the 85-year-old emperor is scheduled to abdicate on April 30. The imperial couple apparently took a breather amid a hectic schedule in relation to the abdication and the beginning of new era Reiwa timed with Crown Prince Naruhito's ascension to the throne on May 1.

At around 7:10 a.m., the emperor and empress made their unannounced appearance near the Kitanomaru garden park and walked for about 10 minutes, exchanging greetings with people nearby.

The couple, known as morning walkers, walked the same route and viewed cherry blossoms also in 2017 and 2018.

The Imperial Palace grounds are famous for cherry trees, and the flowers along Inui Street, open to the general public from March 30 through Sunday this year, have attracted a lot of people. 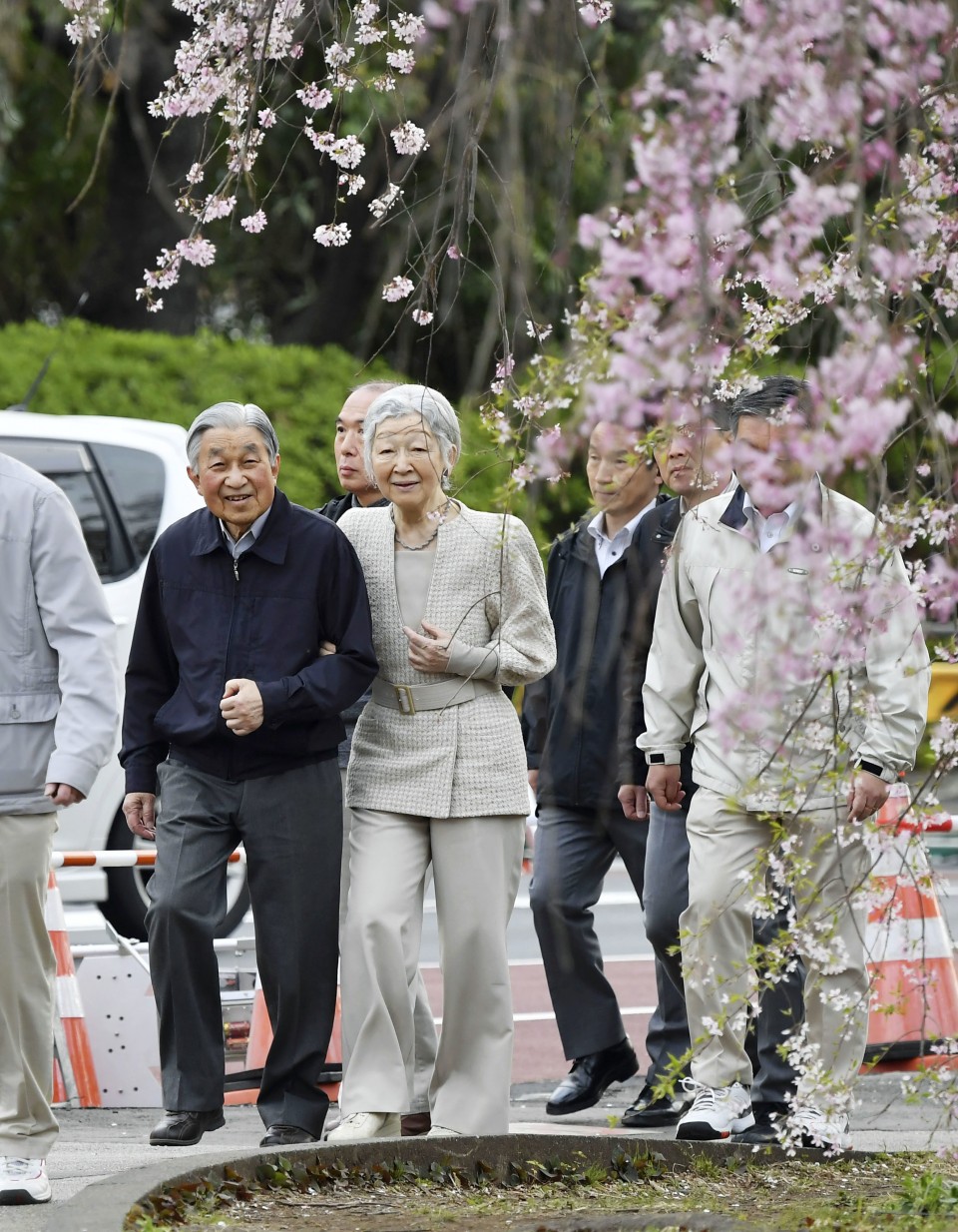