IN PHOTOS: Countdown to the end of Heisei Era in Japan

As the day of Emperor Akihito's abdication draws near, people in Japan are marking the end of the three-decade Heisei Era in various ways. Here are some of the moments captured by Kyodo News photographers on Monday, a day before the abdication ceremony.

At Tokyo Dome City, visitors were greeted by displays of an ambigram, or flipscript, which shows the Chinese characters of "Heisei" (left picture) when viewed from one side, and "Reiwa" when viewed from the other side. 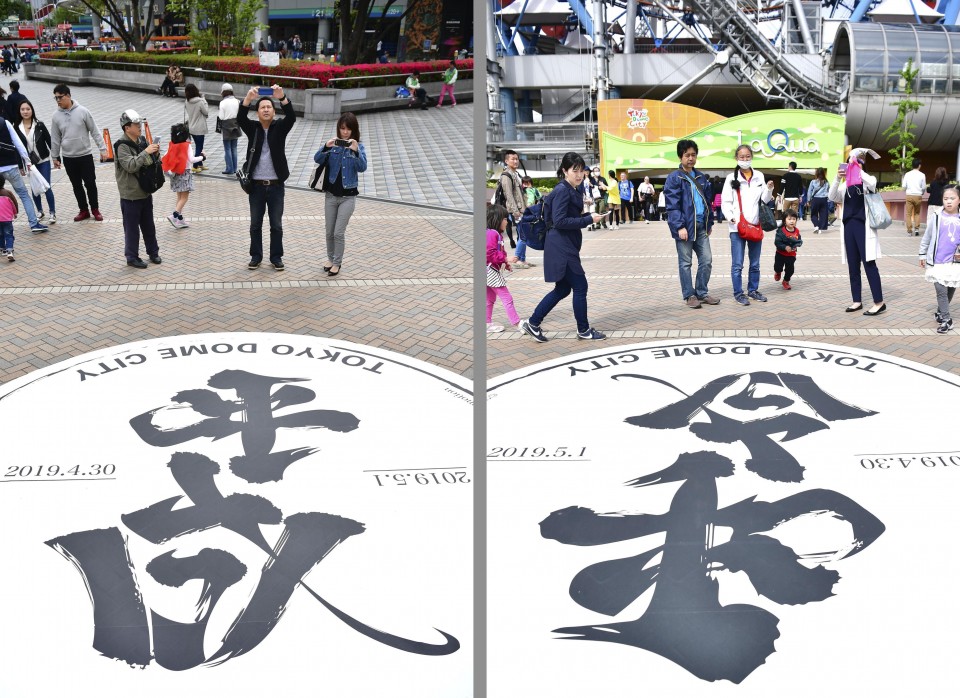 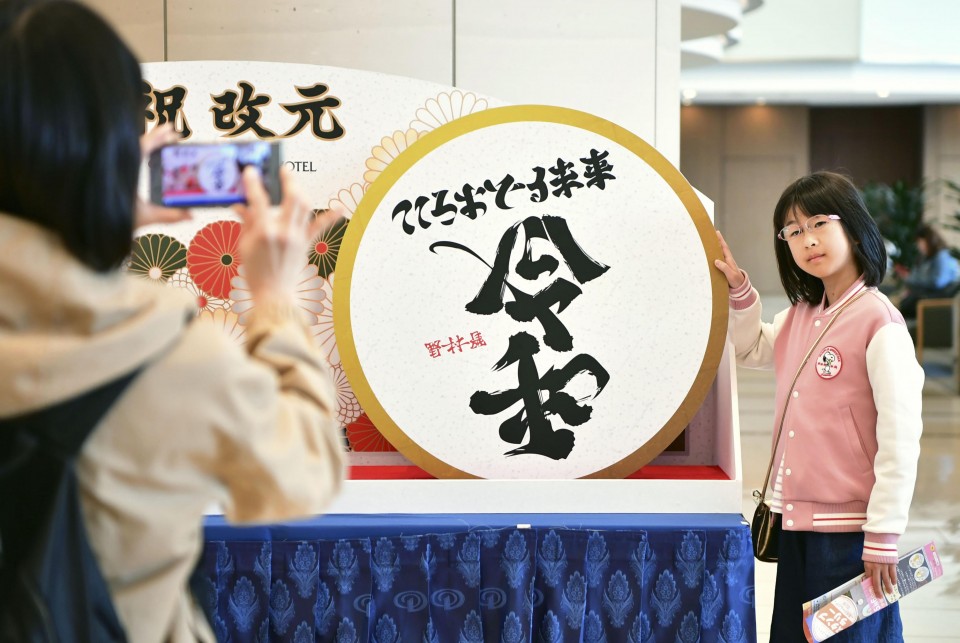 In Seki, Gifu Prefecture, a roadside shop in the district of Henari became a popular destination for visitors as the name is written with the same characters as Heisei. 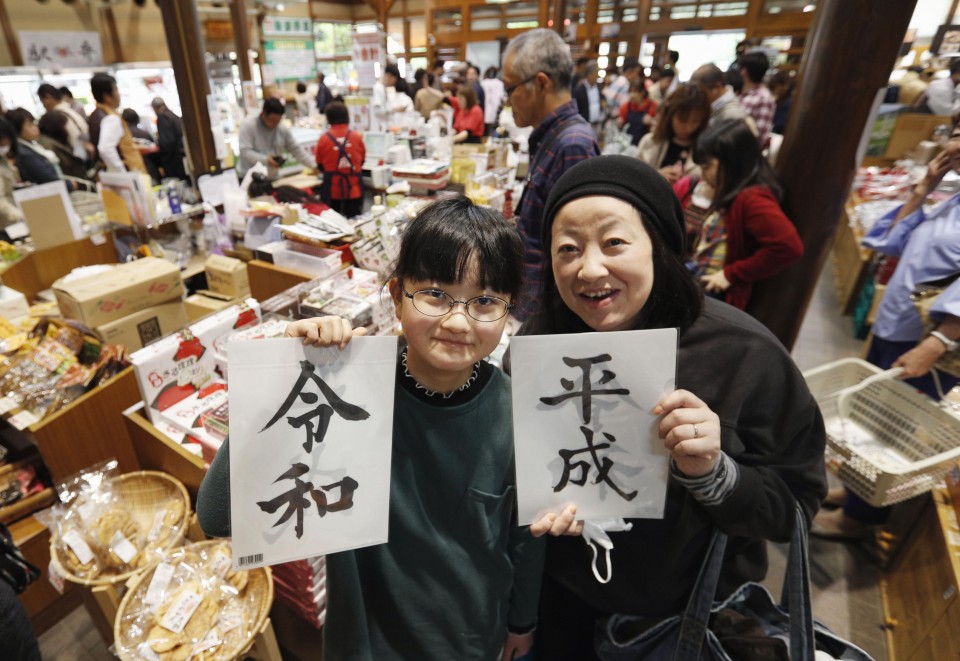 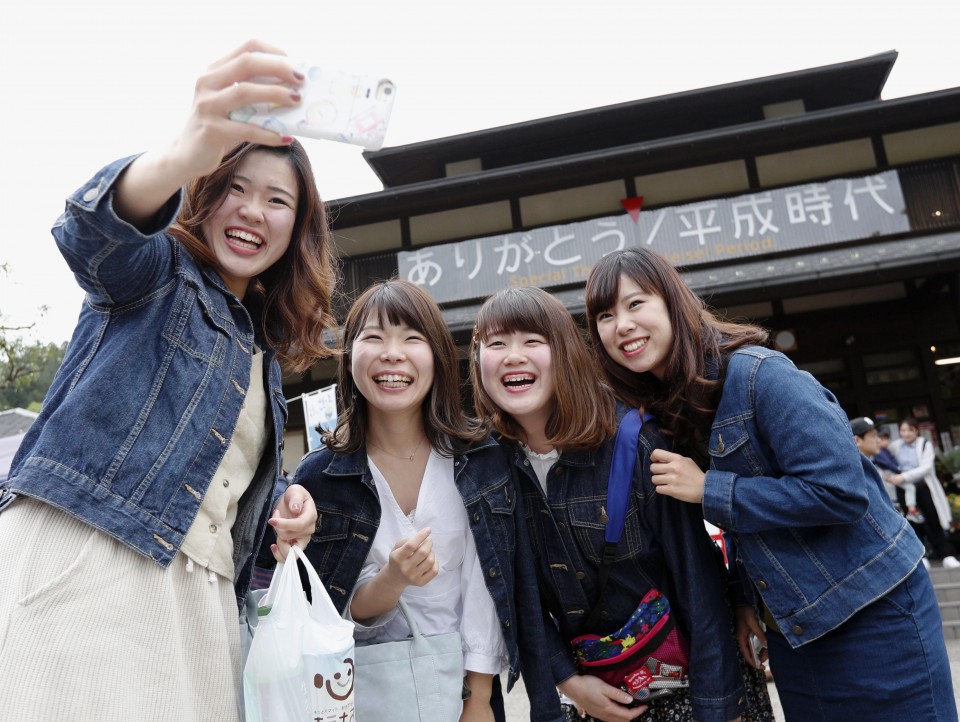 In Kumamoto, railway enthusiasts and families on vacation flocked to JR Heisei Station, a popular spot as it bears the same name as the era. One of the visitors, a 44-year-old man from Kyoto, said he traveled all the way by local train from Taisho Station in Osaka to Showa Station in Kawasaki Prefecture before arriving at Heisei Station. The Heisei Era was preceded by the Showa Era (1926-1989) and the Taisho Era (1912-1926). 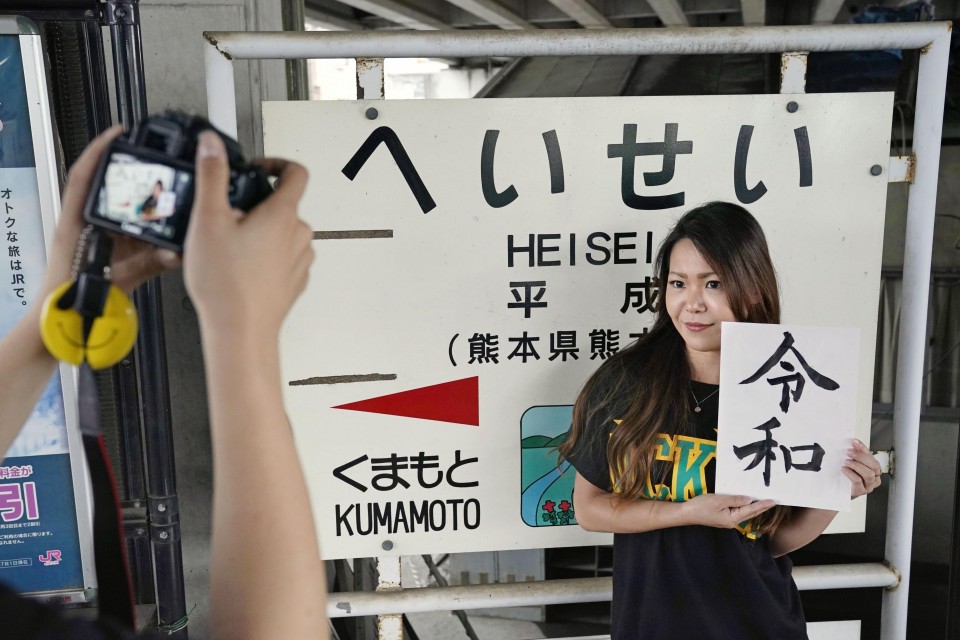 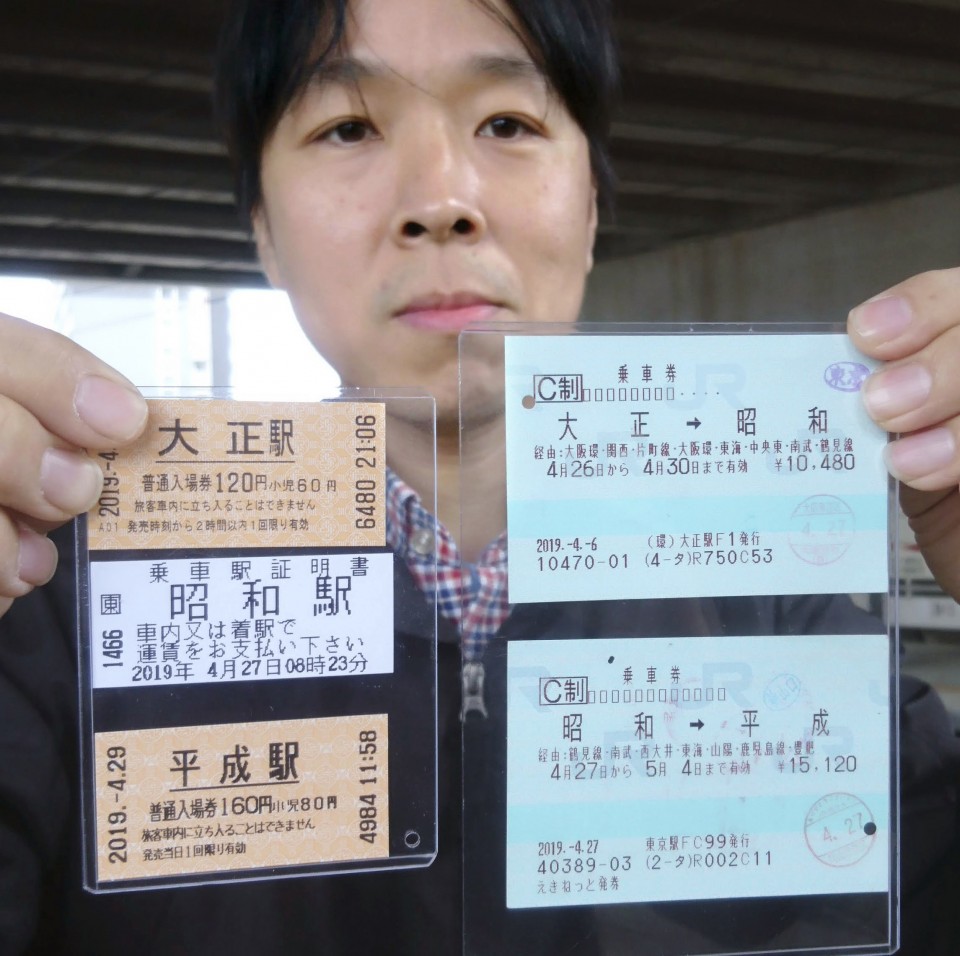 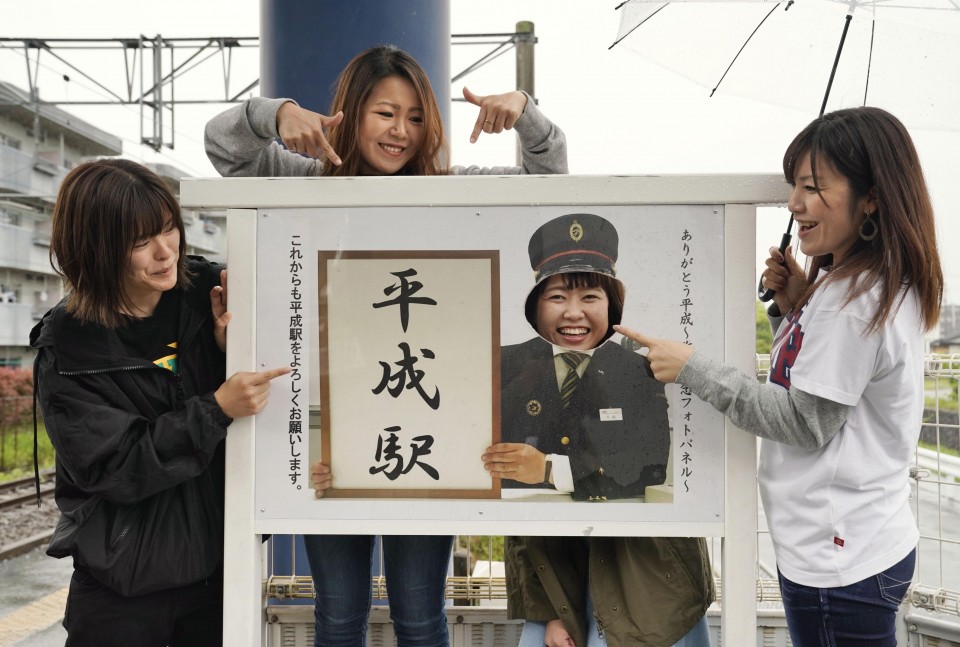 Security was tightened outside the Imperial Palace in Tokyo, but that did not deter people from visiting the area for photos before the change of the era. 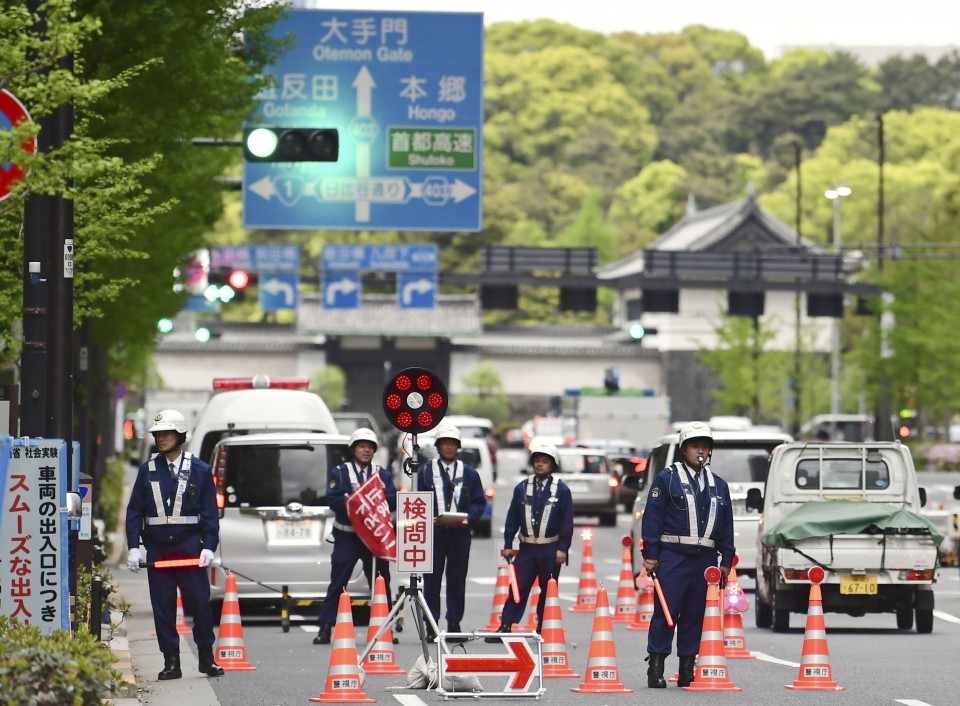 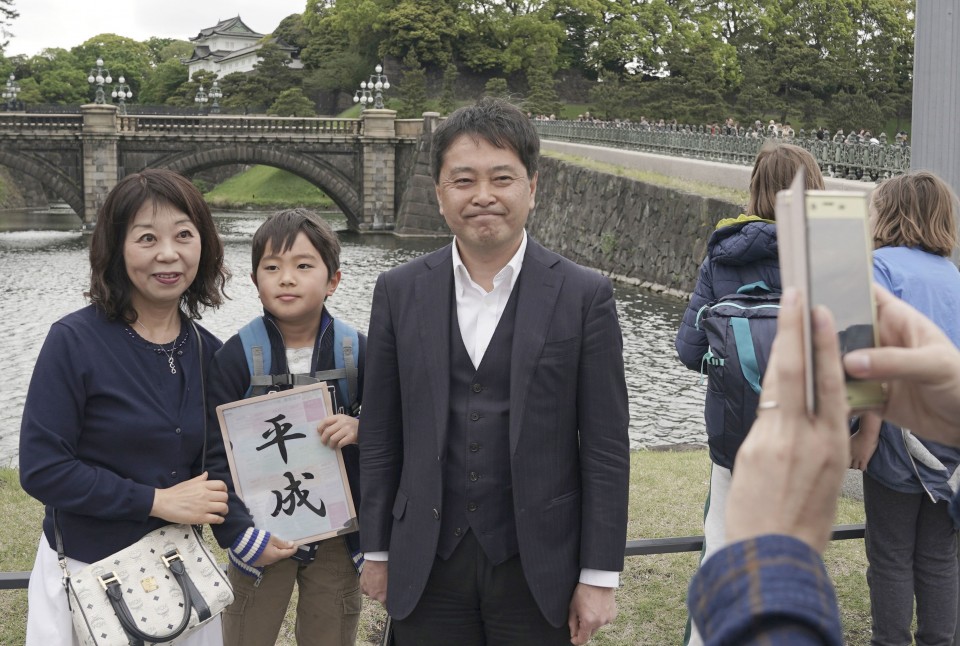 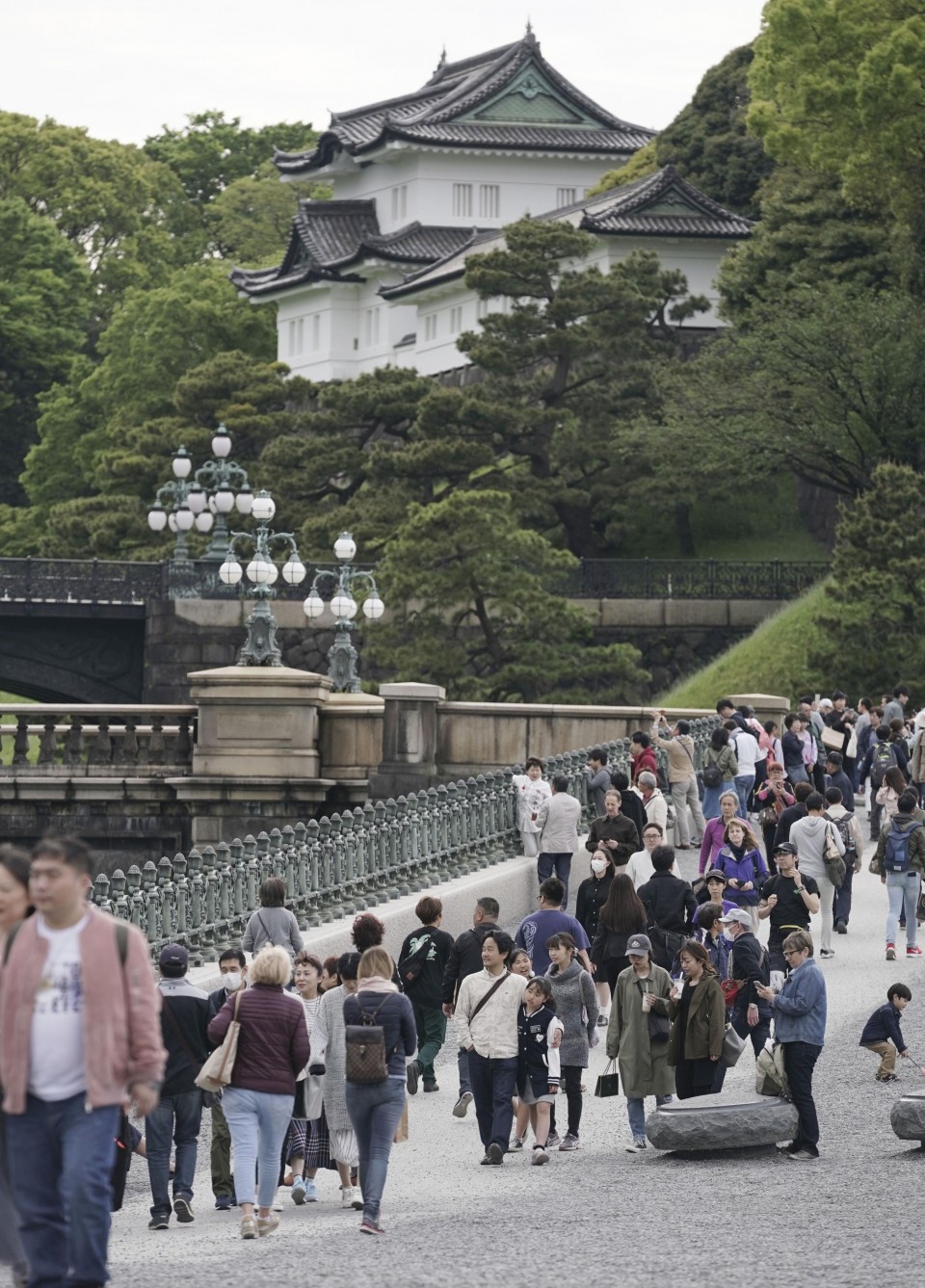 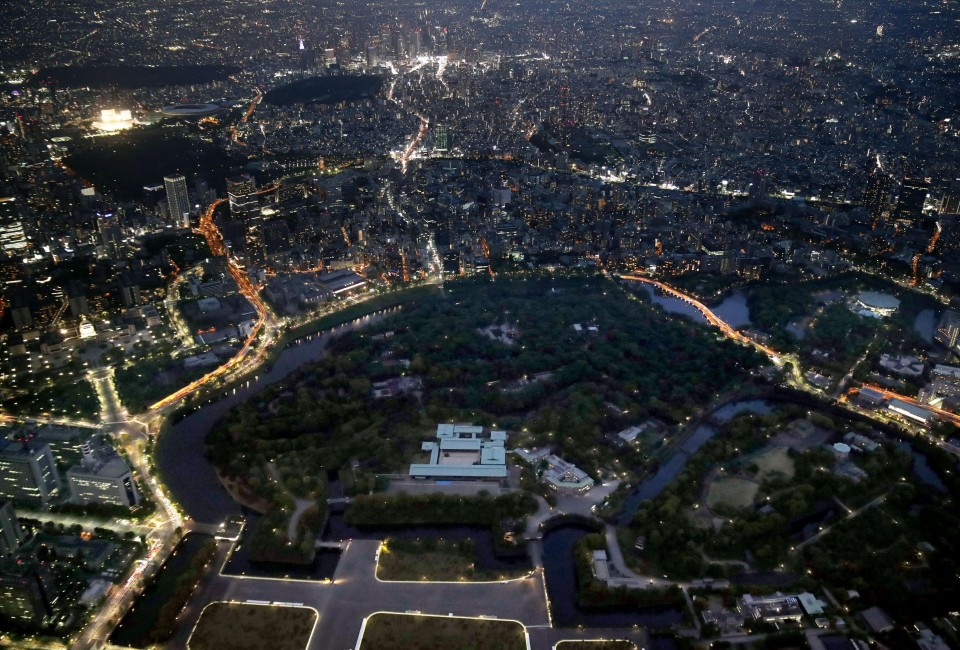 (Aerial view of the Imperial Palace after sunset on April 29, 2019)