A car crash in Tokyo that killed a young girl and her mother while injuring eight others appears to have been the result of an error by an elderly driver in the absence of evidence suggesting mechanical trouble, police said Saturday.

The police found no brake marks at the scene, leading them to believe the driver, identified as 87-year-old Kozo Iizuka, mistakenly hit the accelerator.

Mana Matsunaga, 31, and her 3-year-old daughter Riko died when the vehicle hit their bicycle. The car also struck another cyclist, injured the driver of a garbage truck and mowed down four pedestrians before coming to a halt 150 meters after striking the guard rail. 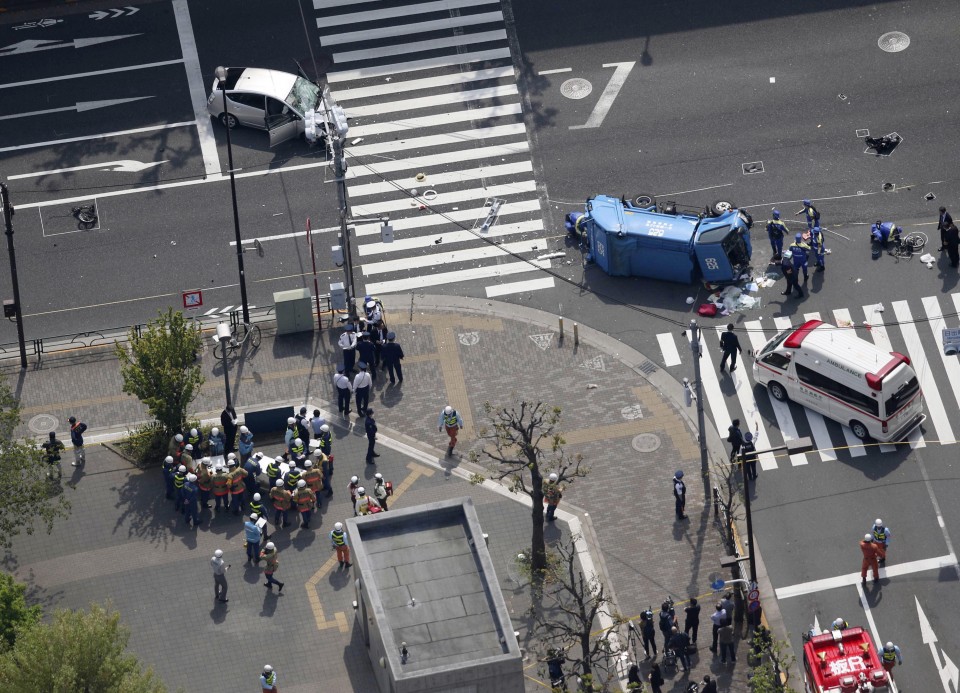 Both Iizuka and his wife, who was in the car with him, suffered broken bones and were admitted to hospital.

The police said they have found no evidence that Kozo, who was once head of the former Agency of Industrial Science and Technology, part of the now-defunct Ministry of International Trade and Industry, is suffering from any serious health problem or was under the influence of alcohol or medication at the time of the accident.

A neighbor of Iizuka told Kyodo News that in recent months he had seen him walking with a cane and having trouble parking his car in his garage.