Possible Banksy artwork to be exhibited at Tokyo gov't office

A possible artwork of Banksy discovered in January is to be exhibited at the Tokyo metropolitan government building from next week, Gov. Yuriko Koike said Friday. 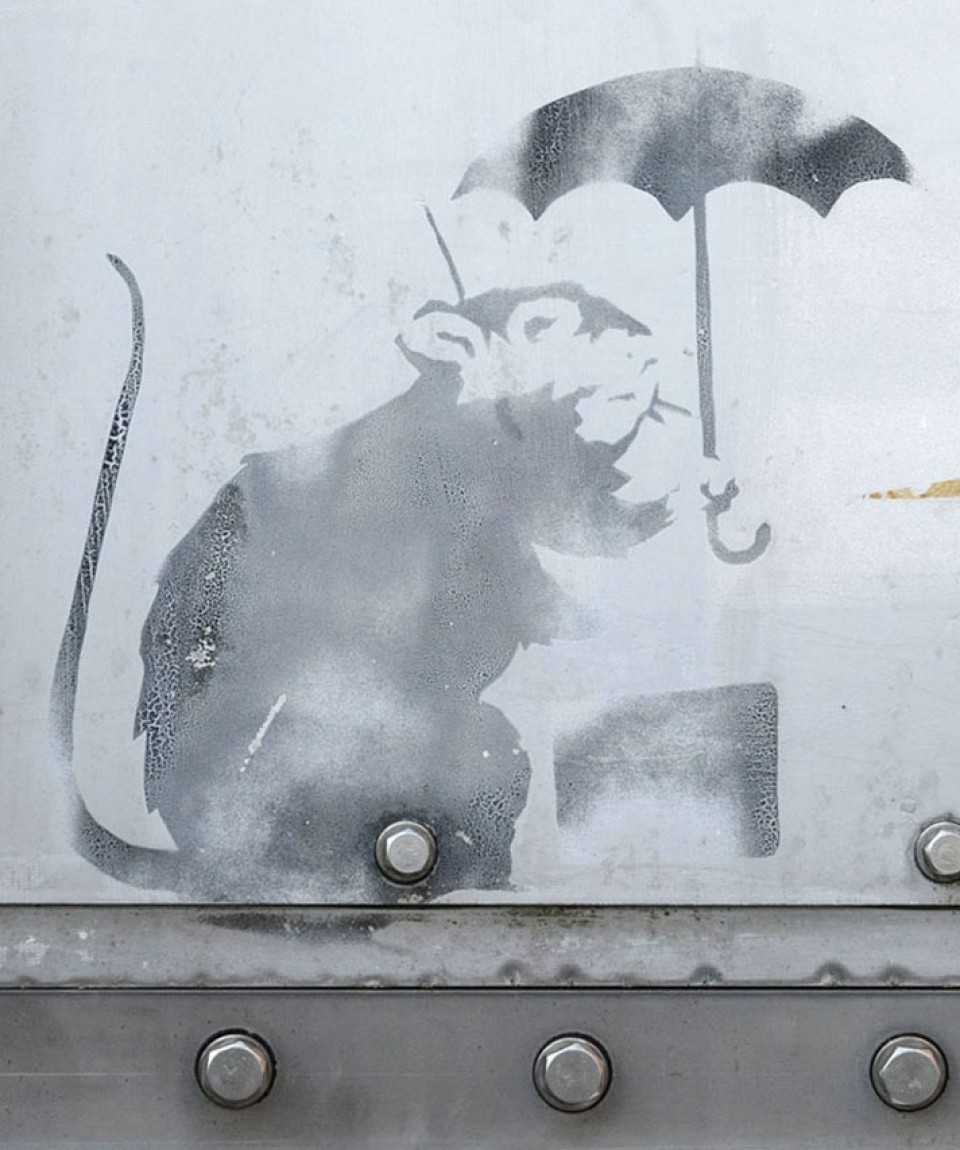 The announcement was met with skepticism online, with some questioning whether Tokyo now accepted vandalism. Others pointed to irony behind the city government hosting the exhibition, as the elusive artist's work is often seen as anti-authority.

The artwork of a rat holding an umbrella and bag, spray-painted on a metal flood barrier in a Tokyo Bay area, will be displayed between Thursday and May 8 at the government building.

The drawing -- no bigger than a sheet of office paper -- has been removed and stored in a warehouse.

"We're not approving the act of vandalism on public property," Koike said at a press conference. "We decided to display the work for a limited period as we find the public is very curious about it."

Koike said the officials held hearings from some experts and learned that the drawing is highly likely to be an authentic Banksy work.

Banksy, whose identity is known to few, has produced works of art, including some featuring rats, on walls and other locations all over the world.

In October the artist caused controversy by remotely shredding his "Girl with Balloon" painting just after it sold for $1.4 million at an auction in London.