Tennis: Kei Nishikori advances to third round of Barcelona Open

Japan's Kei Nishikori advanced to the third round of the Barcelona Open on Tuesday following a 7-5, 6-2 win against Taylor Fritz of the United States.

The fourth-seeded Nishikori rallied from a slow start in his second clay tournament of the year to collect the straight-sets victory over No. 58 Fritz at the Real Club de Tennis Barcelona-1899.

"The content of my play was good -- around 60, 70 percent," Nishikori said. "There were good points at crucial moments, and I could play well. I returned strongly and was able keep it inbounds. I hope the matches get better bit by bit."

The pair had met once before in the 2016 Memphis Open final, when Nishikori prevailed over the American wild card to collect his fourth consecutive Memphis Open title. 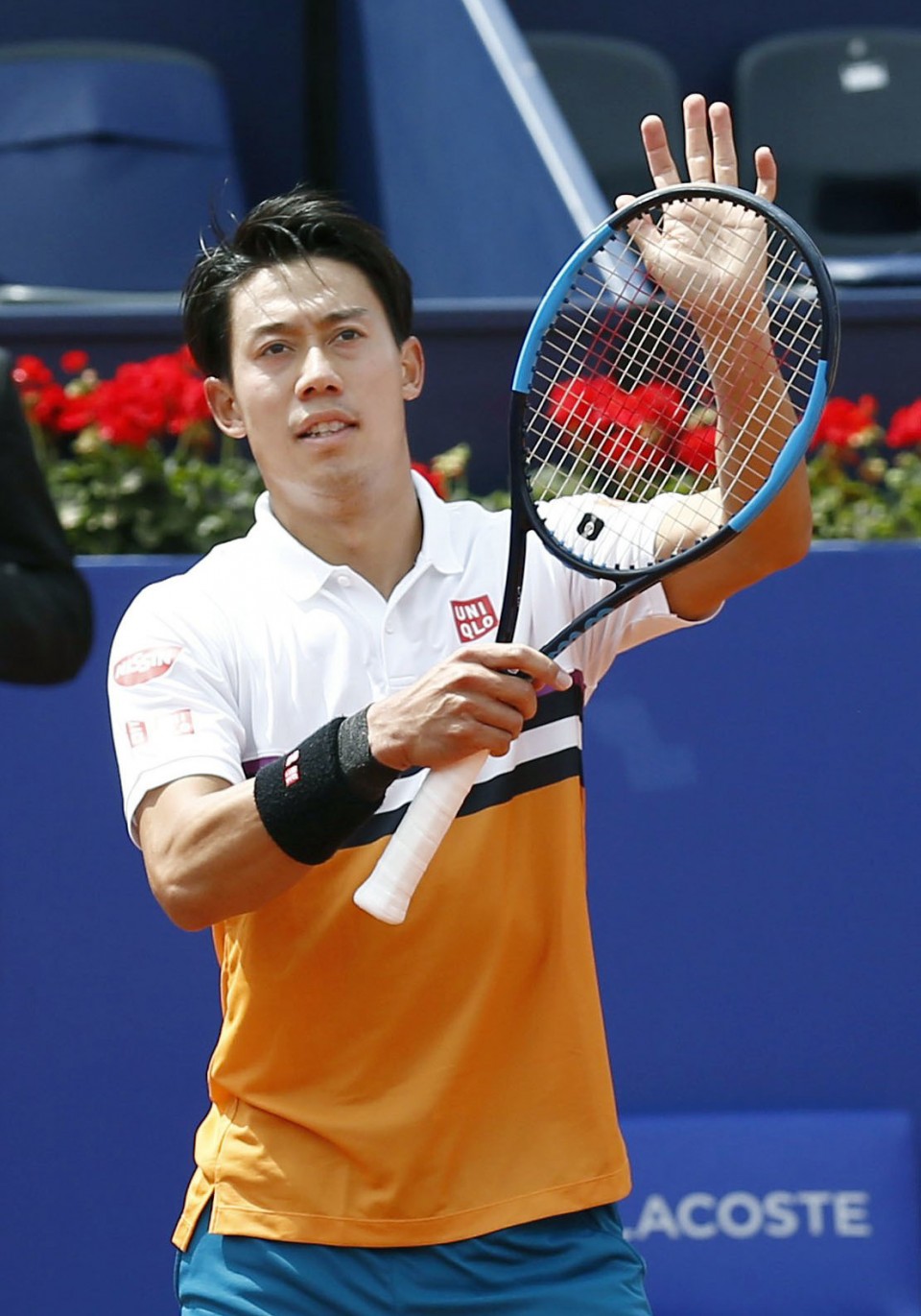 The current world No. 7 was knocked out of last week's Monte Carlo Masters by France's Pierre-Hugues Herbert, the fourth straight tournament he has lost his opening match.

Nishikori was the first Japanese player to win the Barcelona Open and claimed back-to-back titles in 2014 and 2015. He reached the 2016 final but fell to clay king Rafael Nadal, who has won the ATP World Tour 500 tournament a record 11 times.