Daiya Seto claimed his third title of the national swimming championships Monday with victory in the men's 400-meter individual medley.

On the final day of the week-long competition at Tokyo Tatsumi International Swimming Center, Seto touched the wall in a time of 4 minutes, 9.98 seconds to take back the national title he first won two years ago. 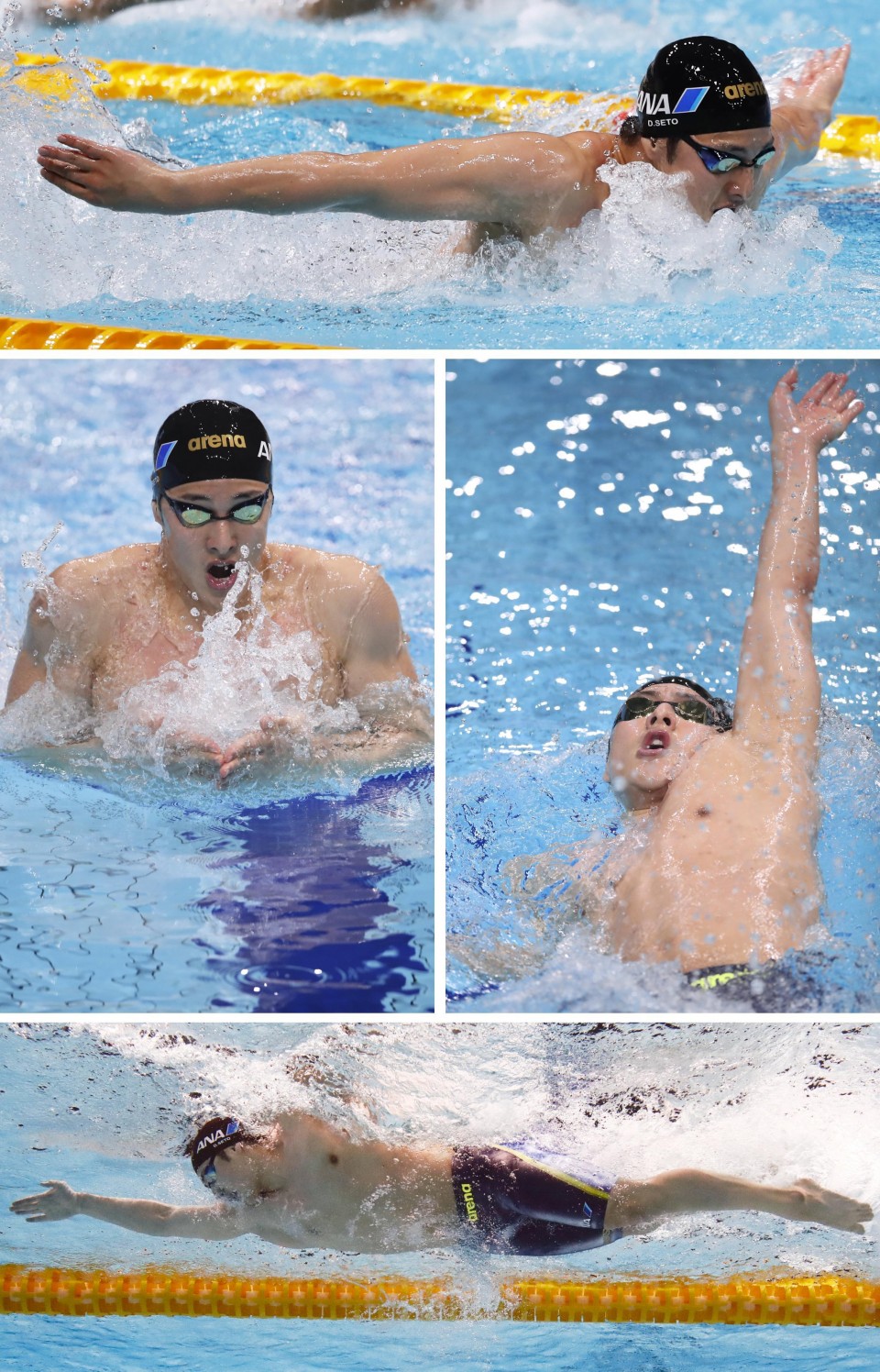 Seto, one of Japan's top medal hopes in the pool at the 2020 Tokyo Olympics, won his fourth straight 400 medley gold at the short course world championships in Hangzhou, China, in December.

At the same meet, the Saitama Prefecture native clocked a world record 1:48.24 to win the 200 butterfly.