Rugby: Townsend says Scots must be at best to beat Japan at World Cup

Scotland coach Gregor Townsend said Monday his side will need to be at their best if they are to beat hosts Japan and advance to the quarterfinals of this year's Rugby World Cup.

Speaking at the Yokohama Country & Athletic Club after giving a coaching clinic to local high school students, Townsend said playing a passionate Japanese side in front of their home fans would be a major challenge.

"The motivation of playing a home World Cup is an opportunity not many countries get," he said.

Scotland will meet the Brave Blossoms in their final match of the pool stage. The hosts are most likely targeting the match as a must-win affair in order to advance to the last eight from a group that also includes Ireland, Samoa and Russia.

"Japan will be keen to knock over Ireland and Samoa as well, but it is the last game of the pool and it will create a lot of excitement locally," Townsend said of the game on Oct. 13 at Yokohama International Stadium, more commonly known as Nissan Stadium.

"We know how good Japan have become. They will be a very strong team. (Playing the host nation) is a challenge for anyone. We will have to play our best rugby to get through."

The 45-year-old, who played 82 times for his country, said the two nations played a similar style of rugby, which should make for an exciting spectacle.

"The strength of Japanese rugby is very similar to Scottish rugby. We want to play at pace, move teams around through the accuracy of passing and fitness, and through creation of the ball at the ruck, and Japan (also) do that very well." 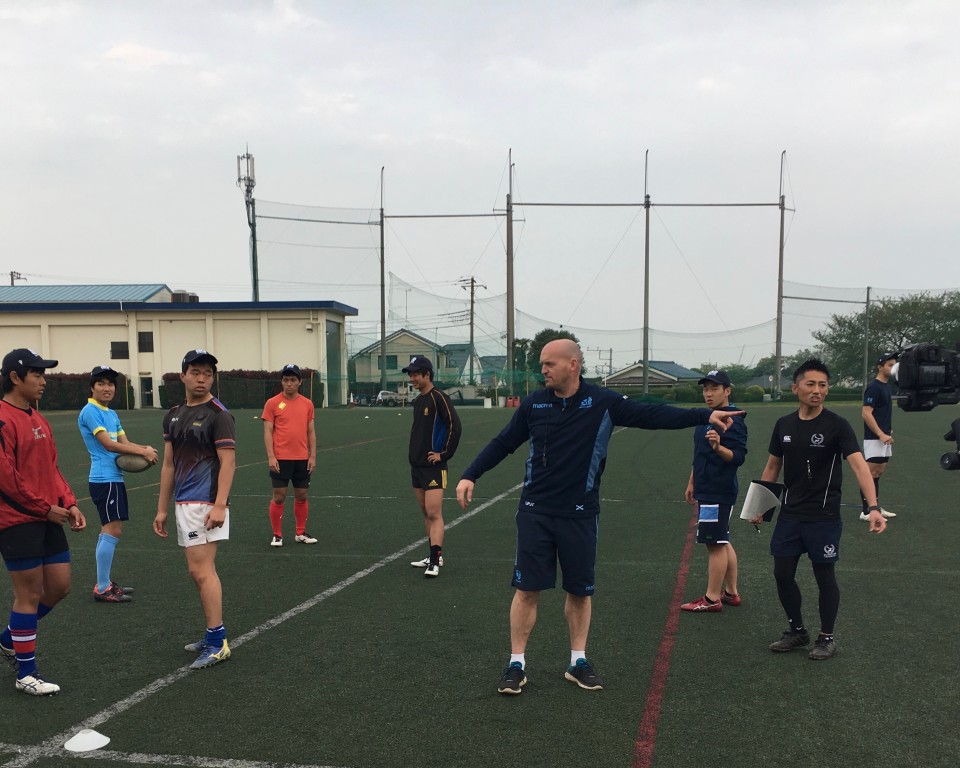 He said these attributes were evident last weekend when he watched games of both the Sunwolves and Japan's extended World Cup training squad, known as the Wolf Pack.

"They played some excellent attacking rugby and played some smart rugby too, kicking the ball behind and scoring tries and some individuals were very impressive."

As to the home support, the former British and Irish Lions flyhalf said he was "very impressed with the Sunwolves game, the crowd and their passion for rugby. It shows people are really into their rugby, which should mean it will be an excellent World Cup."

Townsend said the long flight and big time difference between Scotland and Japan would have an impact on the squad he brings to the World Cup, as he will need plenty of cover in key positions such as prop, scrumhalf and hooker.

"It will be a challenge. We can't afford to have a player get injured the day before a game and not have someone (else) ready to play," he said.

The Scots will have camps in Scotland and Portugal, and play a number of warm-up games in Europe before they head to Japan. They will initially be based in Nagasaki before their opening game against Ireland in Yokohama on Sept. 22.