Japan, U.S. to include digital trade in trade talks

Japan said Tuesday it has started talks with the United States for cutting tariffs on agricultural and industrial products and that the two sides agreed to include digital trade as part of new negotiations for a bilateral trade agreement.

During the first round of talks with Japanese economic revitalization minister Toshimitsu Motegi, U.S. Trade Representative Robert Lighthizer raised the "very large" trade deficit with Japan, urging the country to address the trade imbalances between the world's biggest and third-largest economies. 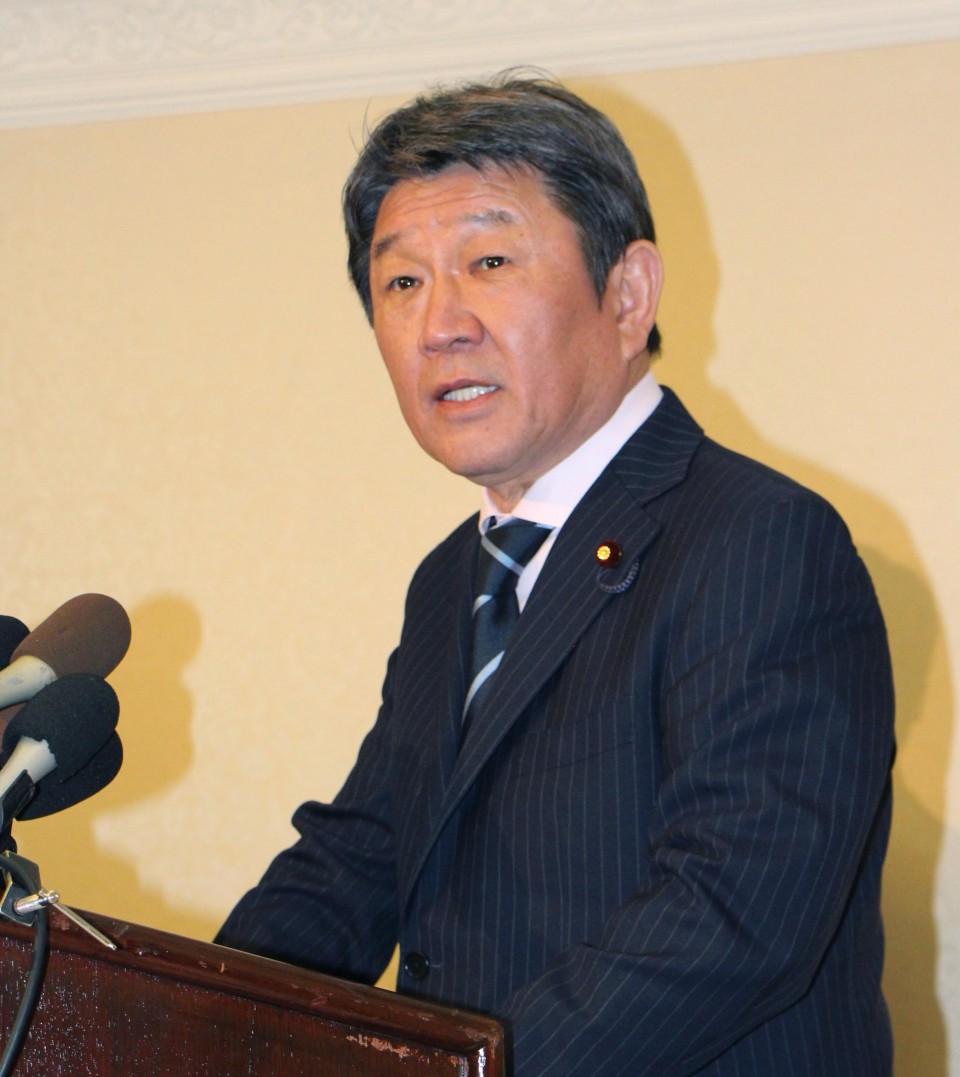 Speaking to reporters after the two-day meeting in Washington, Motegi said he and Lighthizer agreed to start talks on digital trade, an area including e-commerce and music distribution services, at an appropriate time.

Separately, the Office of the USTR said the two ministers "discussed trade issues involving goods, including agriculture, as well as the need to establish high standards in the area of digital trade."

The ministers reaffirmed they will conduct negotiations and achieve substantive results in line with an agreement struck between Japanese Prime Minister Shinzo Abe and U.S. President Donald Trump last September.

The agreement said the two governments "will enter into negotiations...for a Japan-United States trade agreement on goods, as well as on other key areas including services, that can produce early achievements."

Besides digital trade, Lighthizer did not refer to specific areas in services and other key areas that the United States wants to be included in the trade talks, according to Motegi.

"The U.S. side said Japan and the United States share views on digital trade, and that the two sides could produce results at an early date," Motegi said.

Motegi said he is planning to have another meeting with Lighthizer ahead of a summit between Abe and Trump that is likely to be held April 26 in the U.S. capital.

Motegi quoted Lighthizer as saying the Trump administration wants to cut the U.S. trade deficit with Japan, and that the administration has a strong interest in increasing access to the Japanese market, especially for agricultural products.

A revised Trans-Pacific Partnership -- an 11-member free trade agreement including Japan and farming nations such as Australia and Canada -- as well as an FTA between Japan and the European Union have put American farmers and ranchers at a disadvantage.

Motegi said he told Lighthizer that Japan will not reduce tariffs on American farm products beyond levels the country has agreed in other trade pacts such as the revised TPP and Japan-EU FTA.

The Japanese minister said he has won the USTR's assurance that Washington will refrain from imposing tariffs on automobile imports from Japan while negotiations are under way.

However, Lighthizer's reference to the "very large" trade deficit with Japan signaled that Washington may push Tokyo to set quotas for restraining automobile exports, as well as to address nontariff barriers to facilitate imports of American cars.

Trump regards automobiles as a symbol of the trade imbalance with Japan, because automobiles and auto parts accounted for about 75 percent of the U.S. deficit with the country as of 2017.

Motegi also told Lighthizer that a currency provision, which U.S. Treasury Secretary Steven Mnuchin has said must be included in a trade deal with Japan, should be handled by the respective finance ministers.

U.S. industry lobbies pushed the Trump administration to take swift action for a trade deal with Japan so American workers, farmers and businesses will not be left behind in a longtime top market for U.S. exports.

"The rising tide of trade between Japan and its new trade agreement partners has meant lost sales for Americans," said Tom Donohue, president of the U.S. Chamber of Commerce. "U.S. pork exports to Japan, the top export destination, have dropped by 35 percent so far this year."

"We must also end the U.S. tariffs on steel and aluminum from Japan and the threat of tariffs on autos and auto parts," he said.