U.S. President Donald Trump offered his "heartfelt appreciation" to Japan's Emperor Akihito and Empress Michiko on Monday ahead of the emperor's abdication and the beginning of the country's new era.

"As the Heisei era draws to a close and a new generation prepares to ascend the throne, I want to recognize the tremendous importance that the United States attaches to its close relationship with Japan," Trump said in a statement.

He noted that the outgoing emperor, to be succeeded by Crown Prince Naruhito on Wednesday, has welcomed five U.S. presidents to Japan, including Trump in November 2017, during his reign "from the end of the Cold War to the present day." 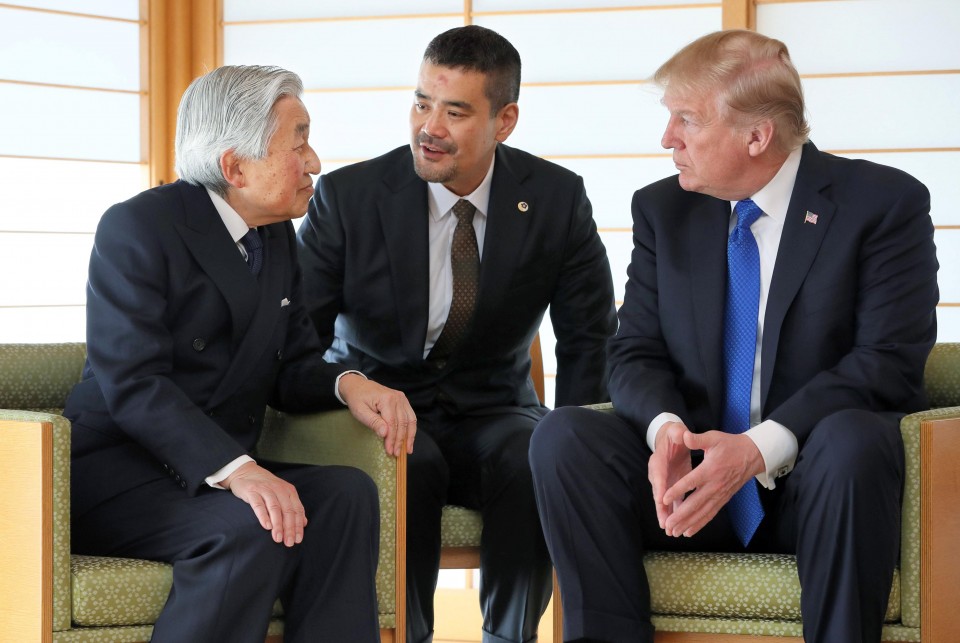 "Our bilateral relationship was critical to navigating the global challenges of those times," Trump said.

Trump and his wife Melania are set to become Japan's first state guests after Crown Prince Naruhito's enthronement and the start of the new Reiwa Era, when the couple visit Japan on May 25-28 to meet the new emperor.

"We look forward to continuing the tradition of partnership and cooperation with Japan, our great ally, in the new era," he said.

U.S. Ambassador to Japan Bill Hagerty also released a commemorative video reflecting upon the ties between the two countries as he welcomed the beginning of the Reiwa era.

"During the past three decades, our countries have worked together to build the closest, most important relationship shared by any two nations in the world. These decades have brought security alliance significantly forward," he said. "I'm certain our enduring partnership will continue in beautiful harmony for years to come."