A blind Japanese sailor on Saturday successfully completed a near two-month, non-stop voyage from San Diego to Fukushima Prefecture, making him the first to make a so-called blind sailing Pacific Ocean crossing.

Joined by a sighted navigator, it was 52-year-old Mitsuhiro Iwamoto's second two-handed attempt at the 14,000-kilometer journey. His first ended when his boat hit a whale and sank.

"I didn't give up and I made a dream come true. I'm the happiest person on earth," Iwamoto said. 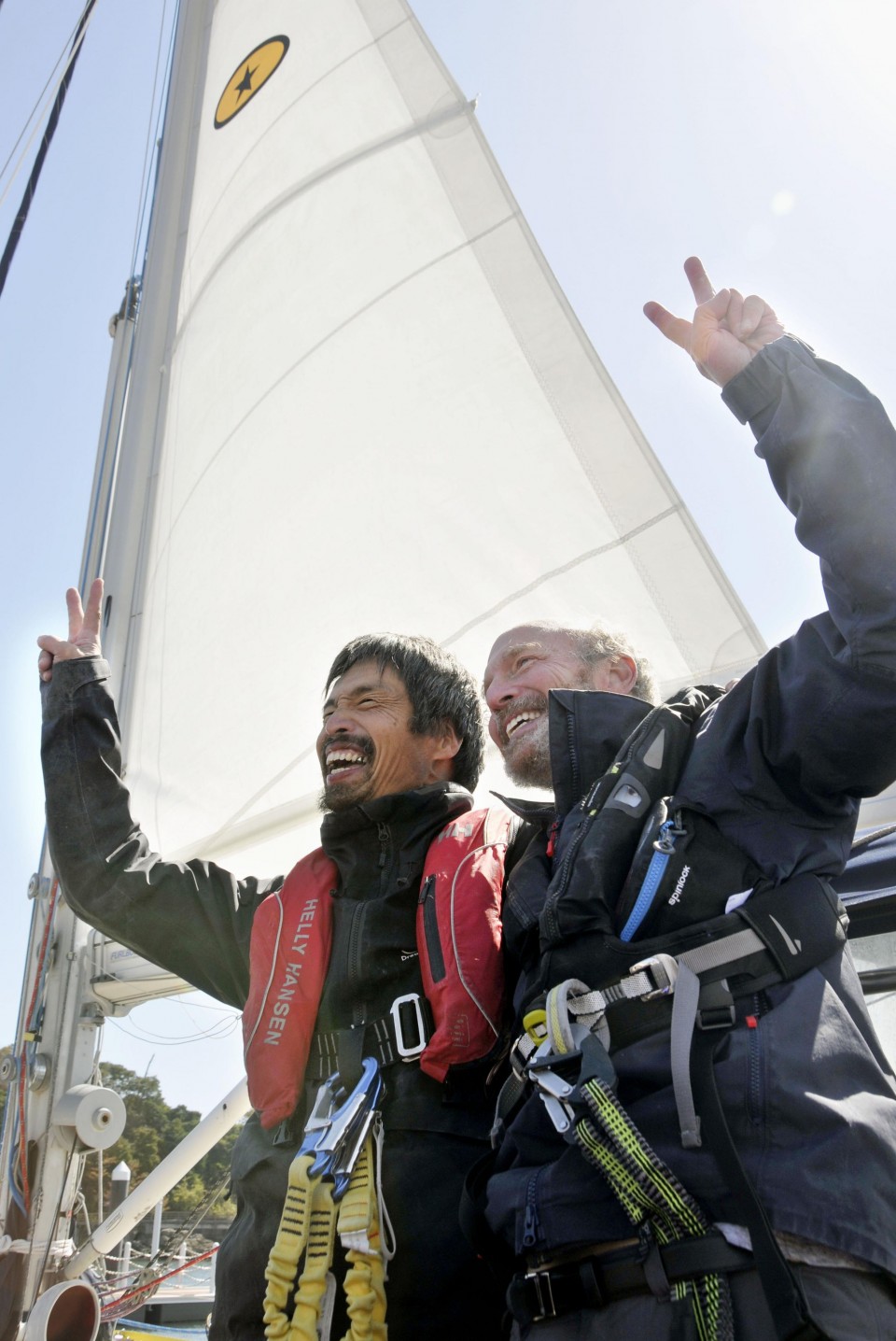 Since his first attempt, Iwamoto has taken part in triathlon races to familiarize himself with swimming in the sea and to help him overcome the traumatic 2013 sinking of his boat in the middle of the Pacific.

He was traveling in the opposite direction on his failed attempt, starting in the northeastern Japanese prefecture and aiming to finish in San Diego, with a Japanese navigator. His boat sank five days after leaving a Fukushima port and the two were rescued by Japan's Self-Defense Forces.

"We undertake this voyage not only for personal accomplishment, but to send a message that anything is possible when people come together," he wrote on his webpage.

Iwamoto lost his sight at the age of 16. He and Smith made the voyage to raise money for charity and for efforts to prevent diseases that cause blindness.