Railway operators across Japan are offering a myriad of package deals ranging from overnight tours to countdowns inside carriages for passengers who want to celebrate the upcoming change of eras.

Tobu Railway Co. will operate a special overnight train carrying travelers from an area near Tokyo to a hot spring resort to celebrate the end of the current Heisei era on April 30, when Emperor Akihito abdicates, and the beginning of the new era of Reiwa on May 1.

The "Thank You Heisei, Hello Reiwa" train led by their diesel locomotive DL Taiju will leave Minami Kurihashi at 11:55 p.m. on April 30, and arrive at Kinugawa Onsen at 5:00 a.m. the following day.

Passengers will be offered light food and drinks to toast the new era on board and can use the hot springs and eat breakfast at a hotel at the end of their journey, according to the company.

All 270 available overnight train tickets have already sold out, the company said. 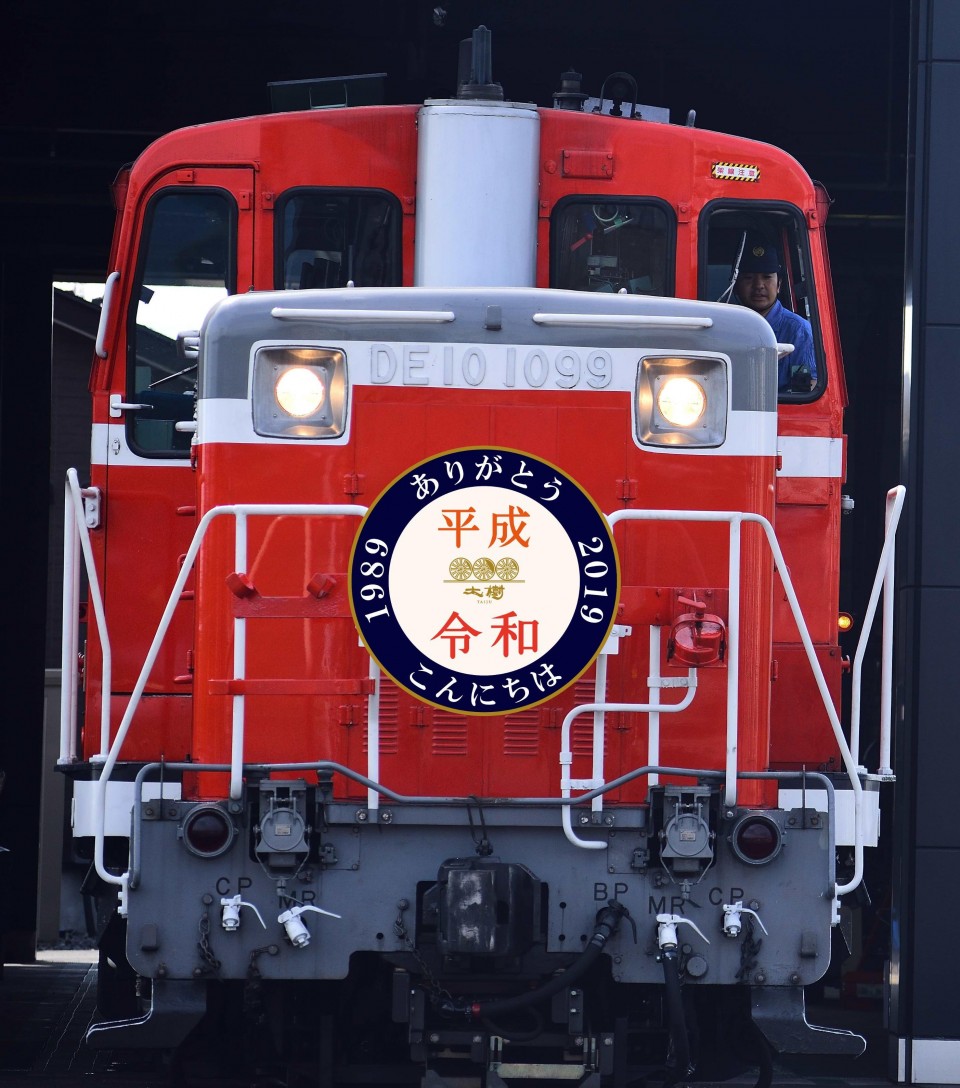 (Supplied composite image shows a locomotive engine with an emblem on the front that reads: "Thank You Heisei, Hello Reiwa")

In the northernmost main island of Hokkaido, travelers can take part in an overnight railway tour offered by South Hokkaido Railway Co. between Hakodate and Hokuto.

Participants in the "Journey from Showa, Heisei to Reiwa" tour will take a train that was built in the Showa Era, which preceded the Heisei era, departing Hakodate before midnight of April 30.

They can raise a glass as the era changes at midnight, relax in two carriages of the old sleeper Hokutosei and take an onsen hot spa before returning to Hakodate, the operator said.

Outside Tokyo, Chichibu Railway Co. will run a train led by a C58 steam locomotive between Kumagawa and Mitsumineguchi in Saitama Prefecture with a special sign reading "Thank you Heisei" on April 30. It will change the sign to "Congratulations Reiwa" the following day.

Founded in 1989, the first year of Heisei, Heisei Chikuho Railway in southwestern Fukuoka Prefecture is the only railway company within Japan that uses the era name.

The company will run a train in which the conductor holds a countdown from Heisei to Reiwa within the carriage.

"We have been able to safely operate on account of our customers (since the start of Heisei). We will promote our gratitude for the era as well as customers during the event," an official of the operator said.