The operator of the crippled Fukushima Daiichi Nuclear Power Plant said Tuesday it has transferred some nuclear fuel from one of the reactor buildings damaged by hydrogen explosions in the 2011 disaster to another location for safer storage and management.

It was the first removal of such fuel from storage pools of the Nos. 1 to 3 units, which suffered meltdowns after losing power in the crisis triggered by a massive earthquake and tsunami.

Seven unspent fuel rod assemblies were transferred Tuesday to a common pool about 100 meters away, according to Tokyo Electric Power Company Holdings Inc.

The transfer of nuclear fuel, which emits high levels of radiation, from the No. 3 unit pool is expected to lower the risk of the decommissioning work. The utility began the process of removing fuel there on April 15.

At around 11:15 a.m. Tuesday, a trailer began relocating the fuel assemblies, placed in a cylinder-shaped cask, to the common pool. The task was completed in about 20 minutes, carried out by about a dozen workers donning protective gear. 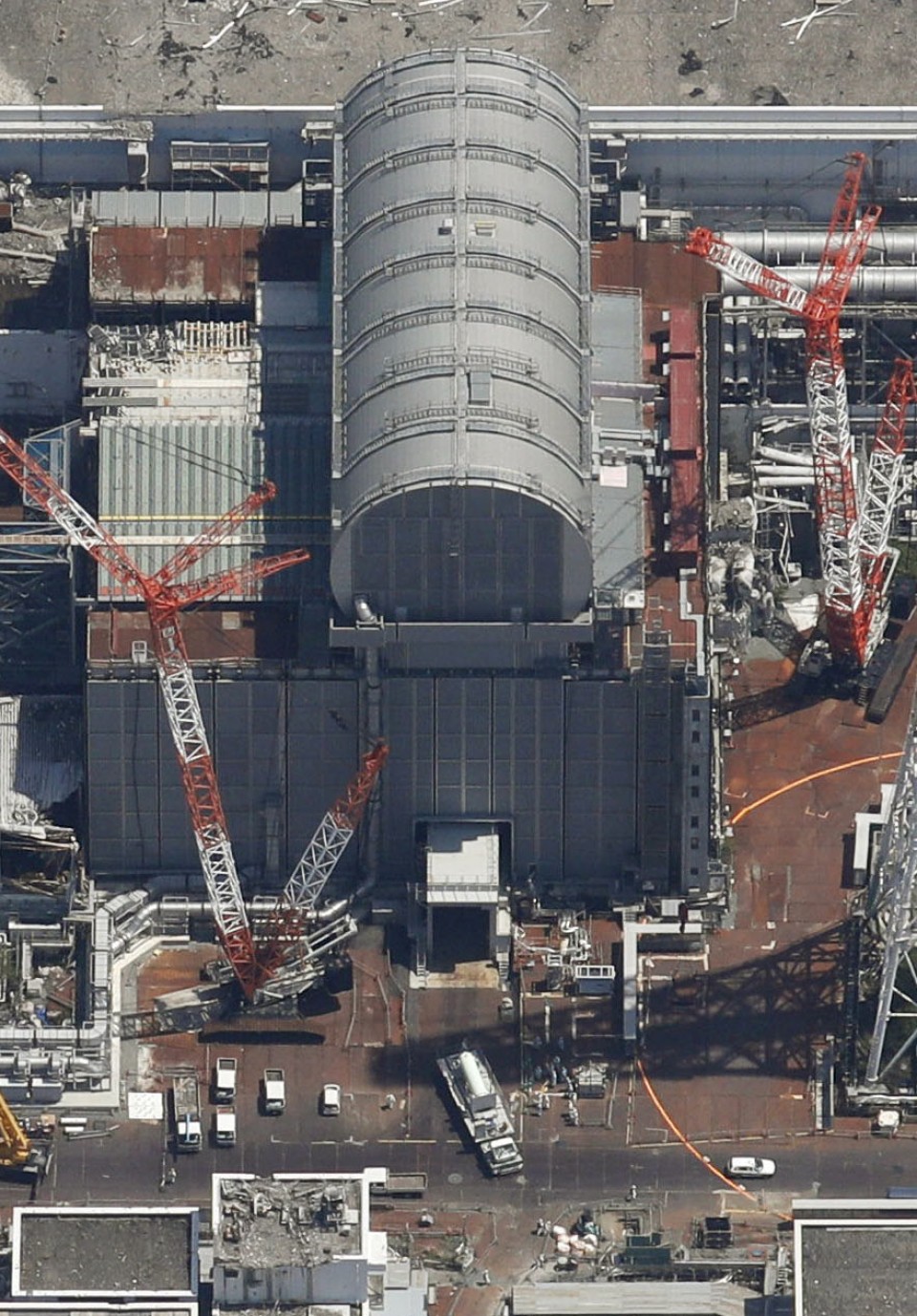 Since the common pool undergoes regular checkups required by law, the fuel transfer will be suspended possibly until July, the operator said.

TEPCO aims to transfer all of the remaining 559 spent and unspent fuel assemblies in the No. 3 unit storage pool to the common pool by March 2021.

The fuel removal at the No. 3 unit was originally scheduled to start in late 2014, but was pushed back multiple times as high levels of radiation, among other factors, caused delays in preparation of fuel transfer.

In fiscal 2023, the utility aims to start the task of removing fuel at the storage pools of the Nos. 1-2 units and has been assessing their surroundings.

Even if the fuel removal work progresses smoothly, TEPCO still faces the biggest challenge involved in the decommissioning of the crippled plant -- retrieval of melted fuel that has dripped down in the containment vessels -- at the Nos. 1-3 units.