Prince Hisahito, the 12-year-old grandson of Emperor Akihito, on Monday attended the entrance ceremony for a junior high school affiliated with Ochanomizu University in Tokyo.

The son of Prince Fumihito and Princess Kiko, who will be second in line to the Chrysanthemum Throne following the abdication of the 85-year-old emperor on April 30, made a pledge as a representative of about 110 new students at the ceremony, saying, "We'd like to develop our individual abilities and broaden our possibilities and perspectives."

Currently, Prince Hisahito is the only male imperial family member of his generation. Prince Fumihito will become first in line to the throne after his elder brother Crown Prince Naruhito succeeds the emperor on May 1.

"From now on, I'd like to lead a fulfilling student life," the young prince, clad in a navy blue uniform, told reporters before the ceremony, which was attended by his parents. 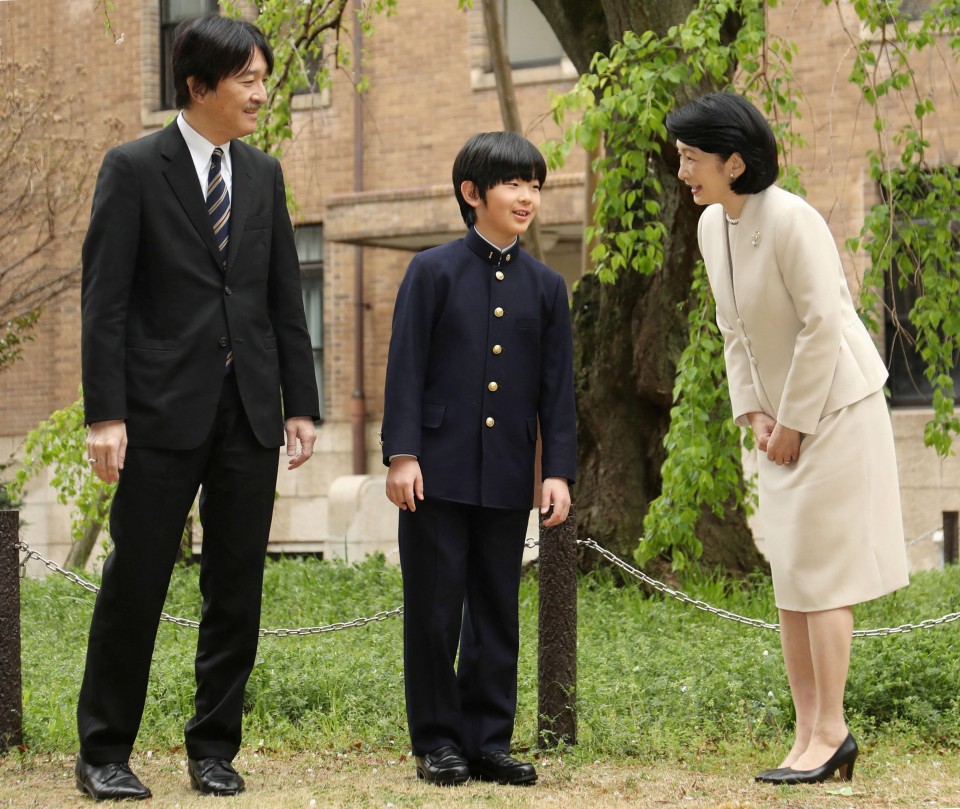 Prince Hisahito, who attended Ochanomizu University Elementary School, is the first member of the Japanese imperial family in the postwar era not to enroll in Gakushuin Primary School affiliated with Gakushuin University, which was established in the 19th century as a school for aristocrats.

Most imperial family members have attended schools affiliated with the university.

After graduating from Ochanomizu University Junior High School, Prince Hisahito will advance to a high school not affiliated with the women's university as its high school only accepts female students.

As the Imperial House Law stipulates that only males with male lineal descent from emperors can ascend the throne, there will be only three heirs -- Prince Fumihito, 53, Prince Hisahito, and Prince Hitachi, 83, the younger brother of the emperor -- after the upcoming imperial succession. 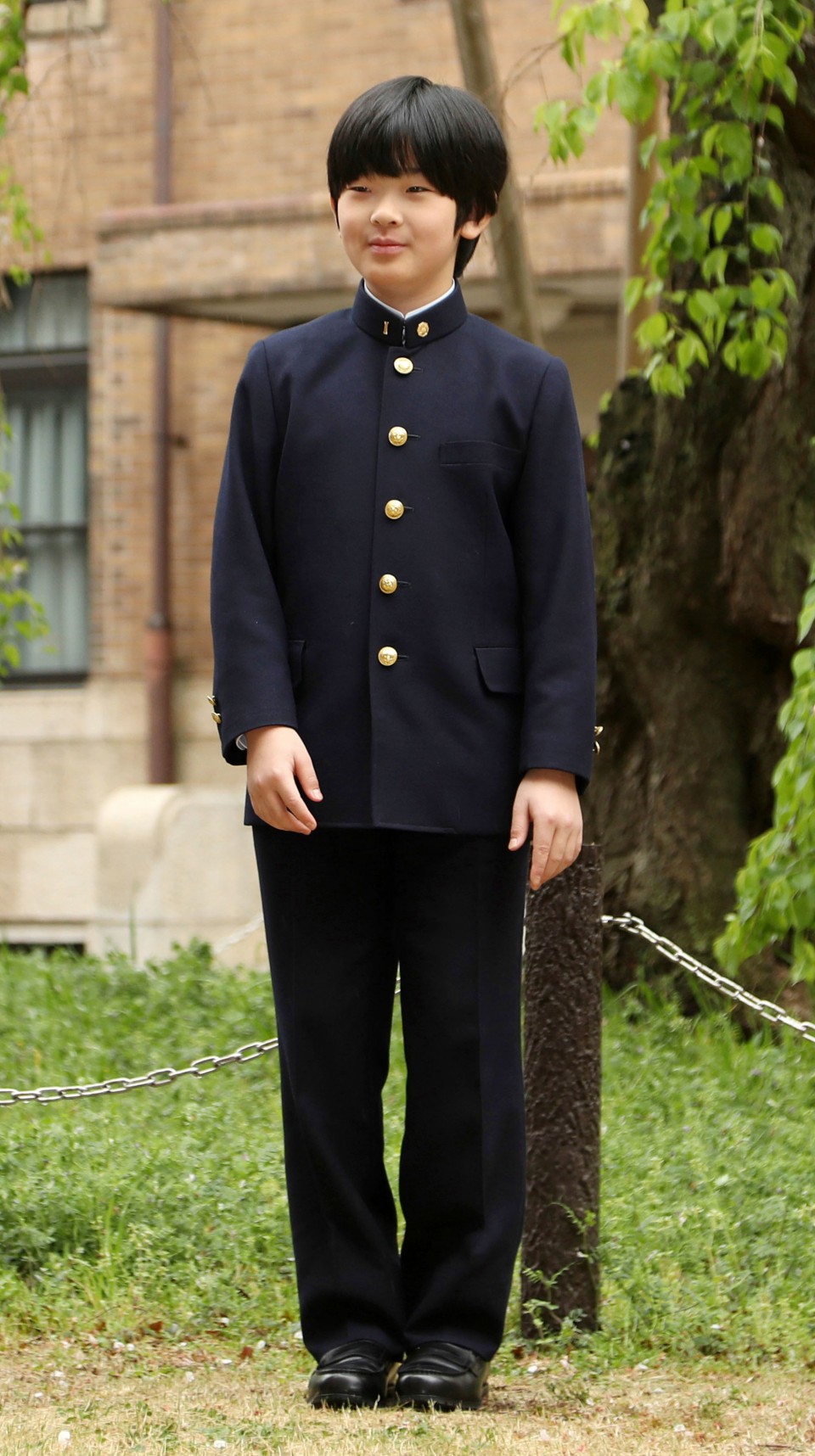