A public bus hit pedestrians on Sunday at a crosswalk near a major railway station in the city of Kobe in western Japan, killing two people and injuring six others.

The city's fire department said it received an emergency call around 2 p.m. about the accident involving the city-run bus that occurred on a road near JR Sannomiya Station.

"The bus suddenly accelerated and hit people," local police quoted the 64-year-old driver, Fumio Ono, who was arrested at the scene, as saying.

Ono also said he had stepped on the brake pedal, while explaining that the accident took place after he dropped off all of his passengers at a bus stop near the scene, according to the police. 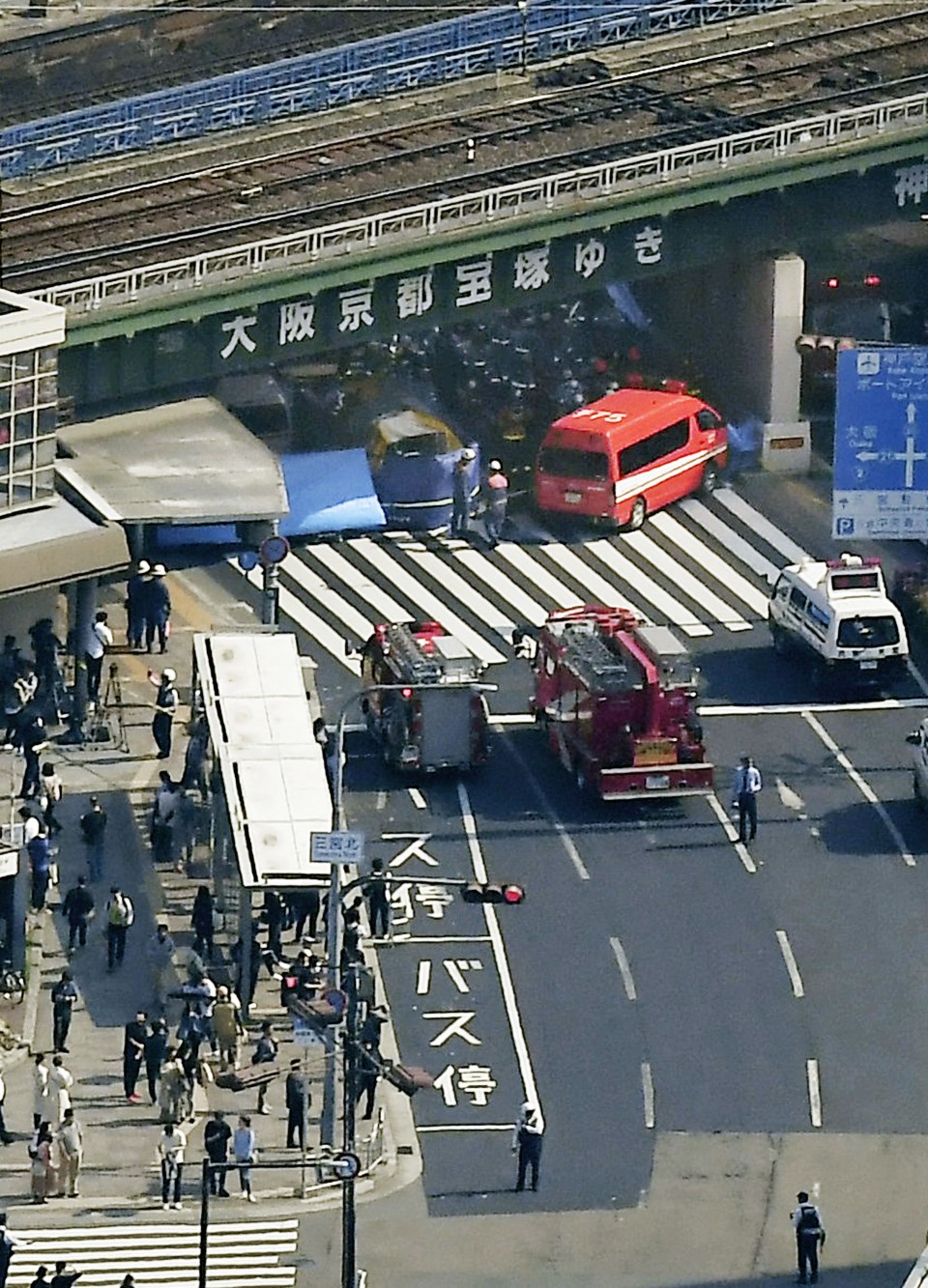 He was also quoted as saying he was supposed to have stopped at a line before a pedestrian crossing but the bus did not do so.

Ono, who joined Kobe's transportation bureau in 1986, has decades of experience driving a bus. But there were three incidents between 2006 and 2010 in which passengers suffered injuries inside his buses, according to the bureau.

Still, there have been no cases where he became confused between the accelerator and brake pedals, it said.

Ono went to work as usual around 5 a.m. on Sunday after he went to bed between 9 p.m. and 10 p.m. the previous day, according to his wife.

She said her husband has a problem with his pancreas and was hospitalized for a check-up earlier this month, but no abnormalities were found.

The accident happened on a prefectural road with four lanes on each side running in opposite directions in a major Kobe shopping district. The bus stopped after it smashed into the road's divider.

The police identified the two who died as Rio Yanai, 20, a university student, and Yusei Nasu, 23, a part-time worker, both from Hyogo Prefecture.

"We sincerely apologize that our city-run bus caused a terrible accident," a senior executive of the transportation bureau, Naoki Naito, said at a press conference.

Pedestrians at the accident site were shaken.

"I can't believe such an accident occurred," said Kaito Otoma, a 20-year-old student, who was crossing the road with others when he saw the bus slowly move toward them despite the red light.

Otoma said he moved away quickly and was saved but the young woman in front of him was hit and became immobile.

The driver then got off the bus and was speaking frantically on his cellphone, according to the student.

"If I had made one wrong step, I would have been a victim, too," Otoma said.

The fatal accident came just two days after a car hit a guard rail and plowed through three crossings in Tokyo's busy Ikebukuro district, resulting in the deaths of a young girl and her mother, which have grabbed national headlines.

The car was driven by an 87-year-old man and Tokyo police believe that the accident, which also hurt eight others including the man, was caused by him mistakenly hitting the accelerator. 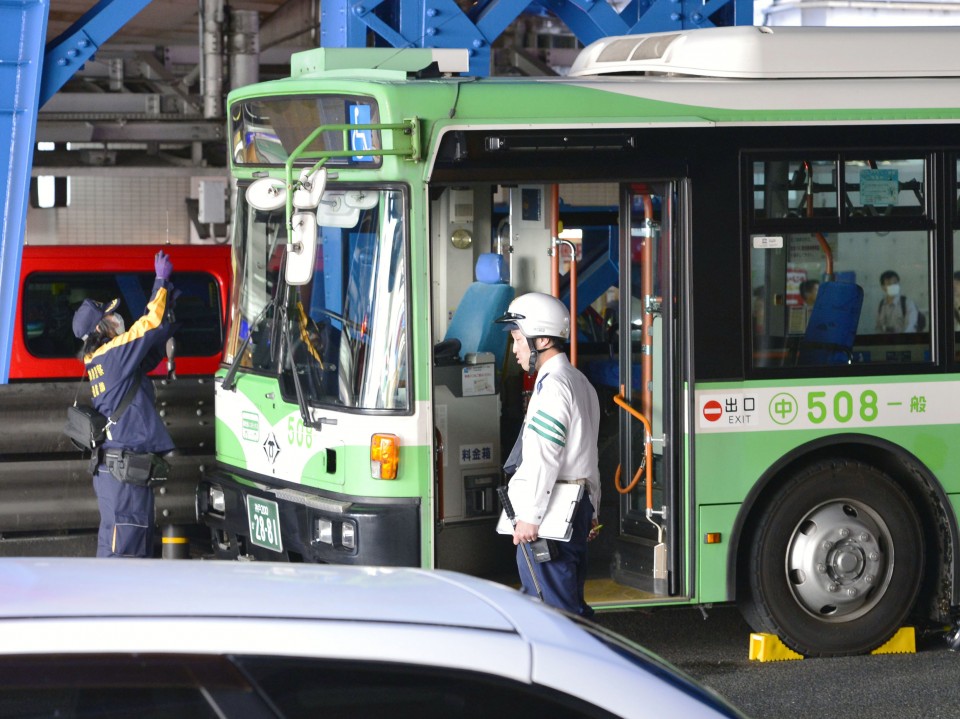