Tourists in Kyoto have been warned of aggressive monkeys after a series of monkey attacks at popular spots.

According to Kyoto prefectural police, four women aged 45-89 have been attacked since late March, and a 10-year-old Swedish girl was bitten on the leg in April. The attackers are believed to be parents accompanying baby monkeys, and the police are warning tourists not to take pictures of monkeys or come close to them. 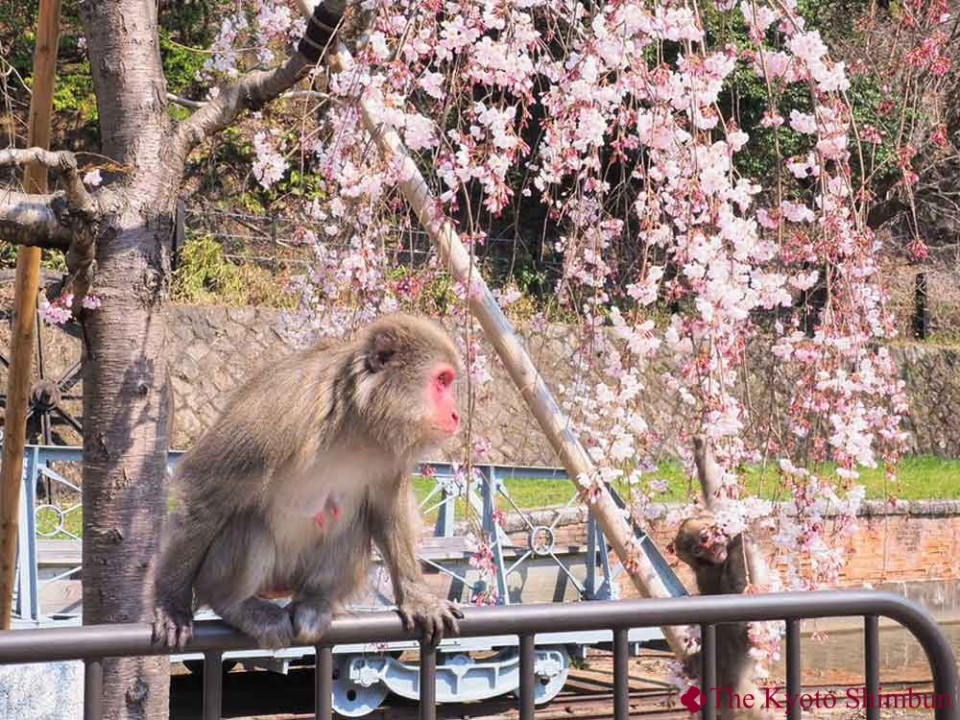 The monkey attacks occurred near such tourist spots as the Chion-in temple and the Otani-sobyo mausoleum, both in Higashiyama, as well as the Keage Incline, a scenic long slope with disused railroad tracks in Sakyo. Visitors at the mausoleum and tourists were bitten by parent monkeys.

The monkey families may have strayed from their group and attacked people approaching baby monkeys, considering them enemies, a Kyoto City Zoo official said.

Amid the spread of monkey attacks, city officials are patrolling around the feet of hills in the eastern part of Kyoto. The Higashiyama police station has distributed warning leaflets both in English and Japanese at 75 places within its precinct.

"Stay away from monkeys. Women and children are particularly prone to be attacked," an officer at the station said.