Japan-born rikishi Takakeisho reached one milestone in his career but is already looking ahead to the next, as his promotion to ozeki means he has closed in on, but not yet reached, sumo's top rank of yokozuna.

After his promotion ceremony on Wednesday, the 22-year-old from Hyogo Prefecture said he wants to pay back his supportive parents through sumo, remembering a promise he made to them that has helped him get this far since his boyhood dreams of greatness.

When he was in sixth grade, Takakeisho wrote in an essay that his goal was to become a grand champion by the age of 20 and win the top-division championship more than 35 times.

"I haven't fulfilled my promise to my parents yet. I'm aiming to move up the banzuke," said Takakeisho, who claimed his first and only Emperor's Cup at the Kyushu tournament last November. 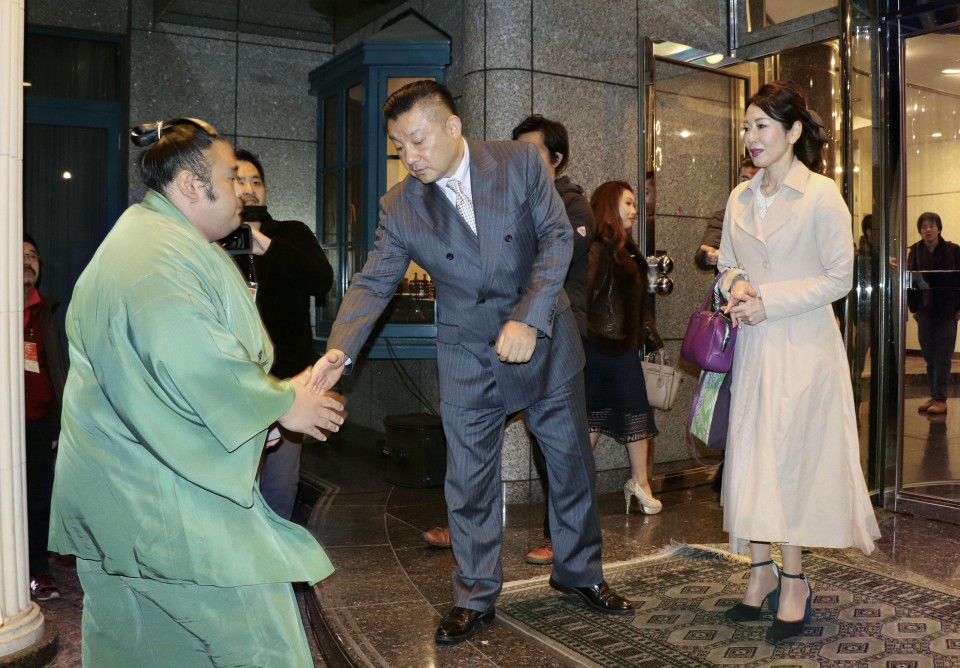 Takakeisho, who made ozeki in just 28 tournaments, the sixth fastest in sumo history since the six-tournament system started in 1958, took up the heavyweight sport as a third grader, long before he turned professional in 2014.

His father Kazuya Sato, 57, was known for being a disciplinarian, sticking his son to a strict eating regimen and making him eat three 450-gram ground meat patties in a single meal, to give him an advantage in the competition with no weight restrictions.

Takakeisho put on an additional 20 kilograms every year, and by the time he was in sixth grade, he weighed 80 kg.

"I told him to quit if he doesn't have will power," Sato said of their father-son conversation on Day 3 of the 15-day Spring Grand Sumo Tournament, when Takakeisho took his first loss against lower-ranked Mitakeumi.

In the end, the tough love paid off. Takakeisho finished the tournament with a 10-5 record, beating Georgian ozeki Tochinoshin on the final day to clinch his promotion.

"My heart is too full for words. If you keep trying there will always be a way. It's always been that way for our family," his father said. 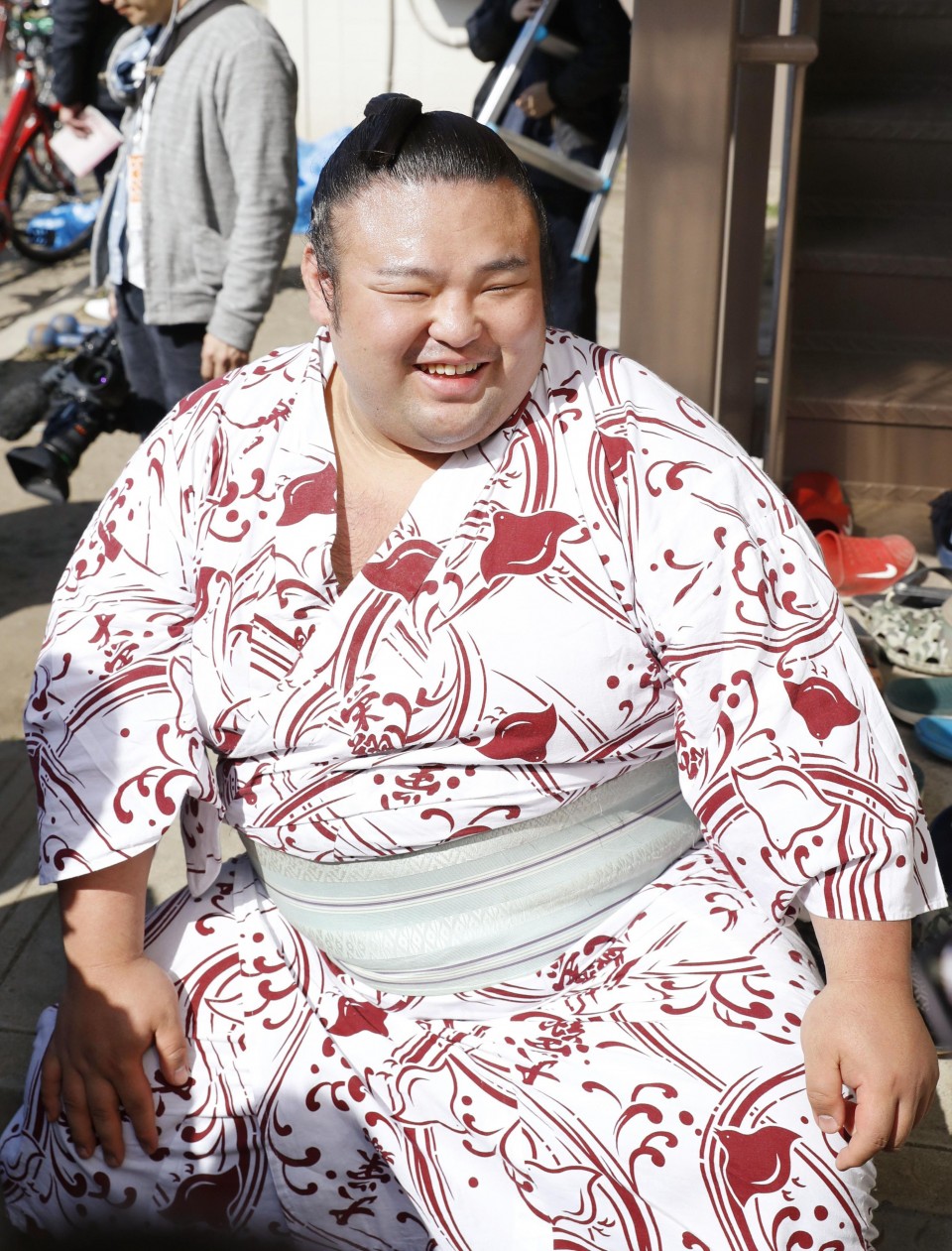 "When he moved out (to attend high school sumo powerhouse Saitama Sakae) as a 15-year-old, he was rebellious and we fought a lot. How he grew up so fast," she said.

Meanwhile, Takakeisho said in his bright career he aspires to "be manly," with his ethics revolving around giri (obligation), ninjo (human feelings) and bushido notions.

"It's been a childhood dream and I'm happy (to become ozeki). But there's a higher rank in the banzuke," Takakeisho said after the ceremony, where two messengers from the Japan Sumo Association inform the wrestler of his promotion and the wrestler delivers an acceptance speech.

Takakeisho, whose real name is Takanobu Sato, competes in his first tournament as ozeki at the Summer Grand Sumo Tournament kicking off May 12 at Tokyo's Ryogoku Kokugikan.

He is the last rikishi to earn ozeki promotion in the current Heisei Era, which ends April 30.