A local sake brand in central Japan that was once on the verge of disappearing due to aging makers has been brought back to life through the efforts of a businessman who renovated a decades-old brewery and enlisted a veteran chief brewer.

The new Wakasa sake is made with rice grown by local farmers and water from a river flowing by the brewery in the city of Obama, Fukui Prefecture. Inheriting the light body and dryness of the original brand, production of which ceased in 2016, it was reborn last year. 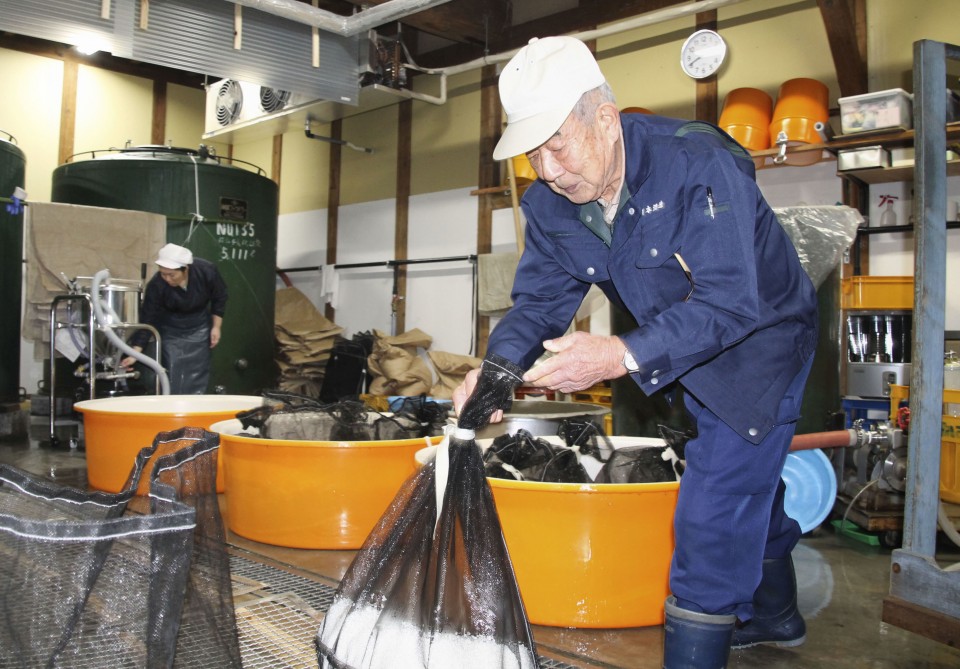 This year, the new product will be sold online and at liquor stores in Obama from mid-March, according to the brewery.

The only sake brewery in the city had been producing Wakasa for about 150 years, but it closed in 2016 mainly due to the aging of its workers.

Obama, facing the Sea of Japan, was once called Miketsukuni, a region responsible for supplying salt and seafood to the imperial court in the former capital Kyoto.

"I thought it was kind of sad that a place called 'Miketsukuni' does not have local sake," said Akiteru Takaoka, 45, who runs a renovation firm for traditional Japanese folk houses in Kyoto.

After Takaoka found out the family of his father-in-law, Yoichi Yoshioka, a 76-year-old Obama native, used to make sake, the two completed by March 2017 the refurbishment of a brewery owned by the Yoshioka family that had been deserted for more than 50 years, reviving the Wakasa brand.

In launching the new brewery, Takaoka took charge of sales and management, but he had a hard time finding a chief brewer who would oversee the actual sake production.

Takaoka called brewers' unions across the country and finally found Hoichi Sakagashira, 88, the oldest member of the Noto brewers' union in neighboring Ishikawa Prefecture, in November 2017, just before sake production for the season began. 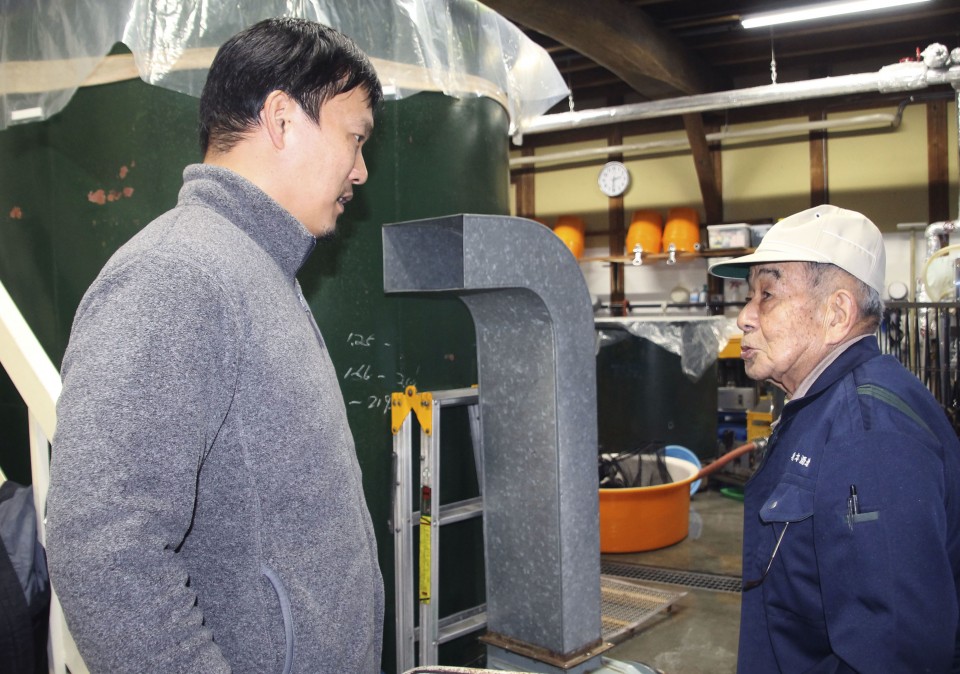 Sakagashira, hailing from Suzu, Ishikawa Prefecture, had been pondering retirement but after meeting with Takaoka and others who visited him at home, he accepted the offer. "I thought this must be fate," he said.

In late January this year, Sakagashira was working in the brewery, slowly stirring a tank containing rice and "koji" mold.

"Sake is just like a baby to me. I'm always talking to it in my head," he said.

Sakagashira has been working at breweries outside Ishikawa Prefecture every winter for more than 50 years, and this year, he came to Takaoka's place after working at a brewery in Gifu Prefecture.

Sake made by Sakagashira "has the firm taste of rice" and is highly appreciated by locals, Takaoka said. "Sake production is Japanese culture. Its significance lies in its continuity." 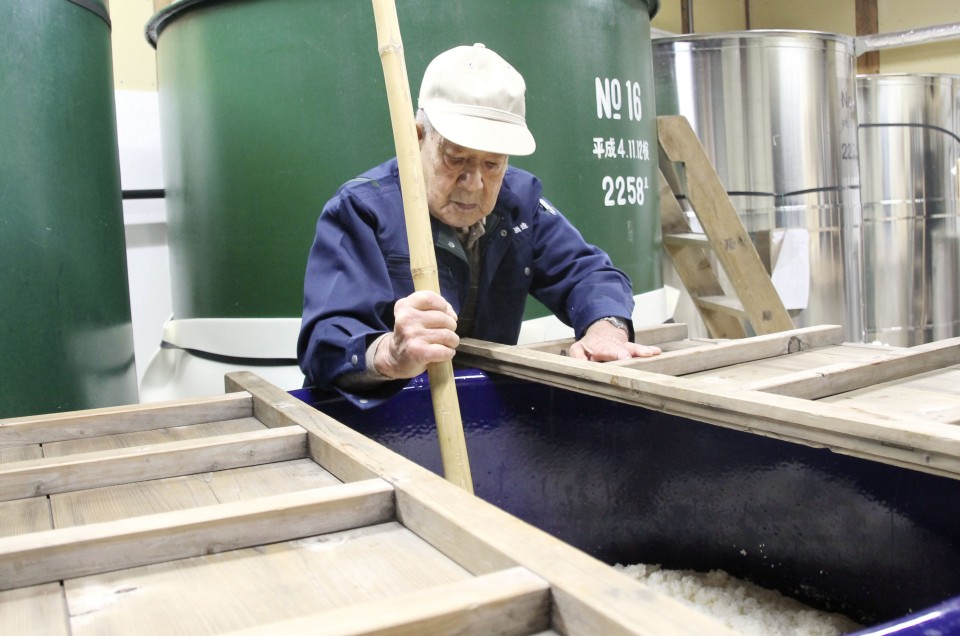