Amanaki Mafi named on bench for Sunwolves' clash with Reds

The Sunwolves on Thursday named Amanaki Lelei Mafi in the 23-man match-day squad for their upcoming Super Rugby clash with the Queensland Reds.

The 29-year-old No. 8, who is undergoing criminal proceedings for assault in New Zealand, has been named on the bench for Saturday's match at Prince Chichibu Memorial Rugby Ground.

The Japan Rugby Football Union has previously avoided picking anyone involved in ongoing legal proceedings for a representative side.

"While keeping our eyes on the progress of Mafi's case, we've been staying in conversation with the lawyer," a JRFU spokesman told Kyodo News. 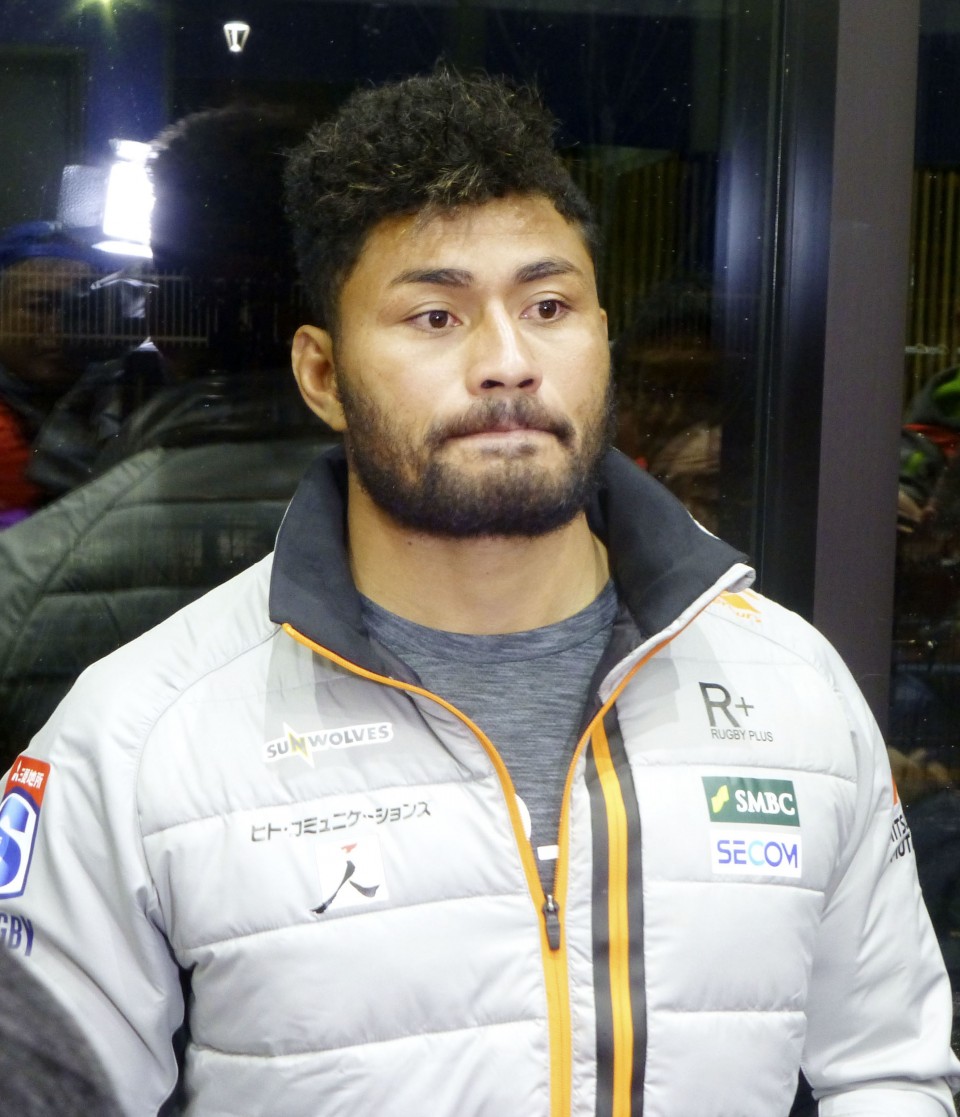 "Since he satisfactorily reflected on his behavior and there has been no progress in his case, we made the decision on the timing (of his call-up) after we had a consultation with the lawyer."

Reports in the Sydney Morning Herald say the mediation process between the two players fell through last year and the case is back in the District Court in Dunedin, with the next hearing set for March 27. Mafi, who has pleaded not guilty to the charge, has been excused from appearing.

The Hanazono University graduate, who has been capped 22 times by Japan, was initially banned by his Top League side NTT Communications Shining Arcs.

But after complying with the punishment doled out by the Shining Arcs -- such as temporary home confinement and releasing a letter of apology -- he was allowed to resume playing for the Top League side in November.

The JRFU said they will revisit the decision once progress is made in the legal proceedings, though it is understood his legal team is now seeking to have the matter delayed until after the World Cup in September.

Mafi will be joining a side that shows six changes and one positional switch from the team that started last week's 28-20 loss to the Blues in Auckland.

In the forwards, Uwe Helu joins Tom Rowe in the second row, while Ben Gunter is set to make his Super Rugby debut in the back row alongside Dan Pryor, who is promoted from the bench, and Rahboni Warren-Vosayaco.

In the backs, Hosea Saumaki makes his long-awaited return to the side following an extended layoff due to a knee injury. Hayden Parker returns at flyhalf, outside center Sione Teaupa gets his first game of the season and Jason Emery moves from jersey No. 13 to No. 15.