A public high school near Tokyo is providing a safety net to foreign students who face difficulties in their day-to-day lives, helping them with everything from the Japanese language to addressing family issues and preparing them for self-sufficiency.

Foreign students, or students with foreign backgrounds, make up some 20 percent of a student body that totals more than 1,000.

The origins and backgrounds of students at Sagami Koyokan can be traced to more than a dozen countries including China, the Philippines, Vietnam, Peru and Brazil, and the numbers of those with roots in South Asian nations such as Nepal and Sri Lanka have been on the rise recently, according to deputy head Kumiko Sakakibara.

"I find it easier to ask questions in this (special Japanese) class with fewer students because I feel nervous in a large classroom," said a 19-year-old Sri Lankan student named Adhil.

His classmate, Manalo Dominic Piedad, 18, from the Philippines, said, "I came to understand more (in Japanese) compared to before. At this school, I made a lot of friends from various countries." He has passed N3 level of the Japanese-Language Proficiency Test, which measures the ability to understand the language in everyday situations. 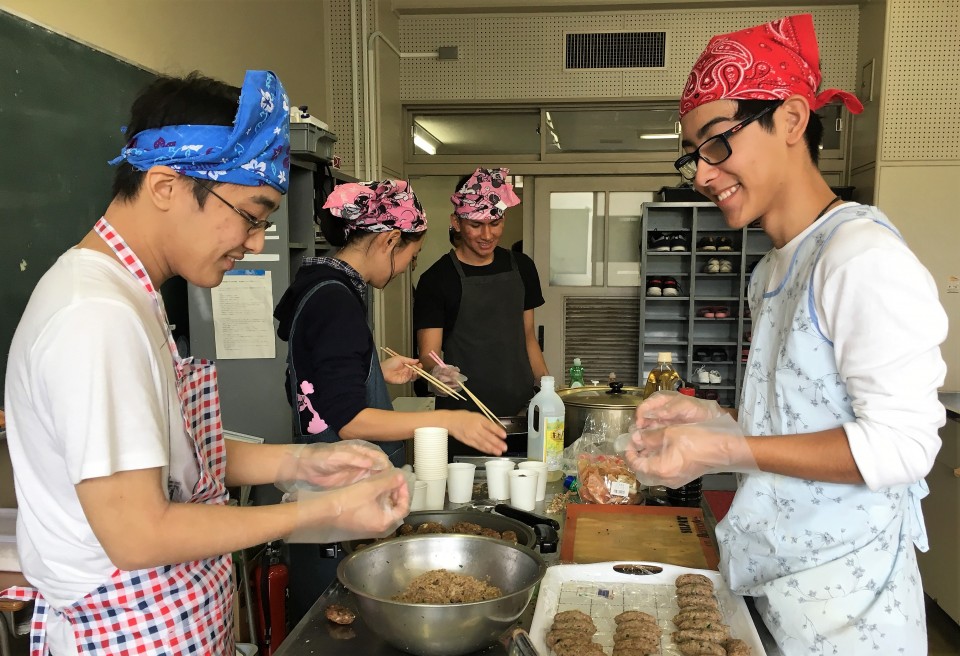 They were among five young people enrolled in February in a Japanese communications class for third-year students. Teaching duties in the class are shared by two teachers.

Another member of the class, Huynh Thi Ai Nhi, 18, from Vietnam, speaks Japanese fluently when attending the dedicated class for foreigners but said she struggles to comprehend Chinese characters when in other subject-specific classes or when in exams.

"Although Japanese syllabaries are attached to Chinese characters at school, indicating how to pronounce them (using the hiragana and katakana writing systems), I sometimes cannot understand the meaning of the kanji," Ai Nhi said. The girl added she finds technical terms and honorific expressions for use in her part-time work especially difficult to learn.

Established in 2010, the high school accommodates foreign students, students with foreign backgrounds and Japanese students, some of whom have had truancy and other troubles in the past. It offers half-day courses in the morning or afternoon and in between the two periods, some students attend special Japanese lessons while others join extracurricular activities.

Typically students graduate after their fourth year, upon earning the required credits, unlike other schools that offer full-day, three-year courses. Many students at Sagami Koyokan need to work part-time jobs while studying, according to Sakakibara.

Sagami Koyokan is one of 13 Kanagawa prefectural high schools that conduct special entrance exams for foreign students or Japanese nationals of foreign descent who came to Japan within the past three years. Text syllabaries are attached to exam questions and simple Japanese is used by interviewers, according to the education board.

Similarly, those who came to Japan within the past six years can also enjoy special consideration in Kanagawa when sitting for a public high school entrance exam alongside Japanese students, including allowing them additional time to sit tests.

Sakakibara said since the prefecture allows all applicants to enroll as long as the school-by-school quota is not filled -- no matter how they perform on the special exam for foreigners -- some past Sagami Koyokan students could not initially speak Japanese at all.

Regardless of the exam they passed, about 20 new students each school year need special Japanese language support.

In total, some 80 students across the school's four grades receive assistance in small groups to help them negotiate classes conducted in Japanese, according to Mariko Saya, the multicultural education coordinator at the school. 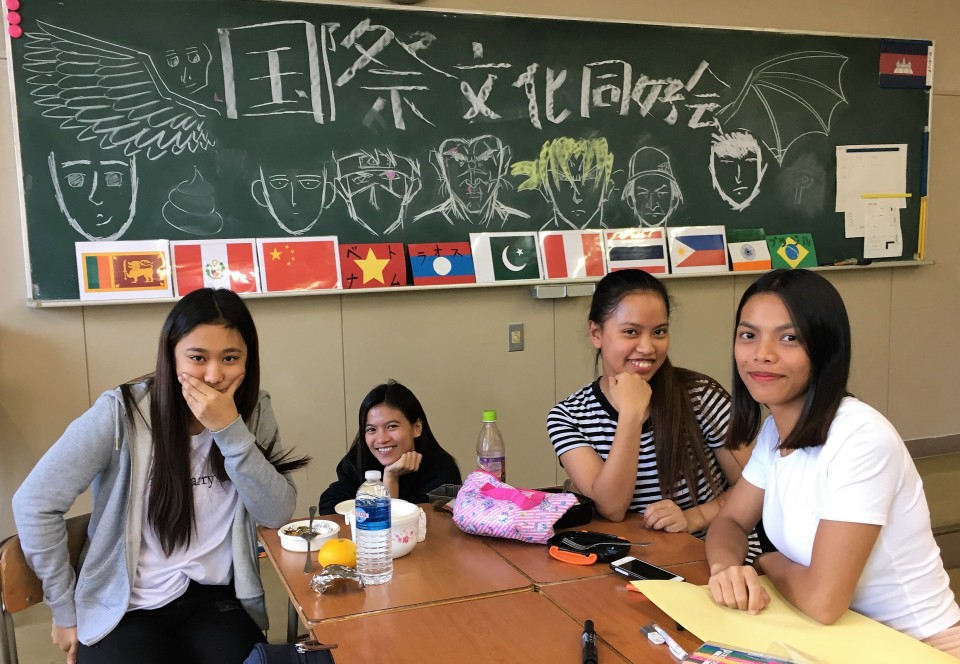 Saya, who is dispatched from the Yokohama-based nonprofit group Multicultural Education Network Kanagawa and doubles as a Japanese language teacher at the school, serves as a bridge between students of foreign descent and teachers.

"As coordinator, I try to share information on each student with homeroom and other teachers so that we can keep an eye on them and prevent them from becoming alienated," she said.

To enhance awareness of teachers, some of whom had no prior contact with students from overseas, Saya has organized lectures on such topics as Muslim culture and invited foreign graduates of the school to provide feedback that can help teachers understand challenges from the student's perspective.

Despite the support offered at the school, about half of the total students at Sagami Koyokan -- both Japanese and foreign -- fail to graduate. In the past, some students have simply disappeared, Sakakibara added, saying they returned to their countries without notifying the school.

"Most of the foreign students did not choose to come to Japan. We try to motivate them to study and keep them from dropping out by providing role models," Saya said.

The coordinator, one of 28 dispatched to 22 Kanagawa public high schools by ME-net, pointed out many foreign students face problems which they cannot solve alone, including some who live in low-income families or those who face restrictions on their ability to work due to their visa status.

Some of those students are forced to forgo their studies when family members ask them to prioritize part-time jobs or to care for their younger siblings, Saya said.

"Many students hold dependent visas that allow them to work for 28 hours per week only. Switching their visa status would cost money and they often end up landing an unstable part-time job," she said. "In Japan, it is also difficult to find a decent job if you drop out of a high school."

Education ministry data show the number of children across the nation in need of support in learning the Japanese language -- both Japanese and foreign nationals -- jumped 1.7 times over a decade to 43,947 in 2016, a trend that tracked the increase in foreign workers coming to Japan with their families.

As for high school students, those in need of Japanese language support marked a 2.6-fold jump over a decade. In the 2017 academic year, the dropout rate for such children stood at 9.61 percent, compared with 1.27 percent for total students in the 2016 school year.

With more foreign workers expected to come to Japan following the launch of a new visa program in April, Saya expressed concern that the talent and promise of many more foreign students could be "crushed" without increased support.

To deal with the situation, the education ministry has been developing a model program to nurture teachers in charge of educating foreign students and will boost support for such high school students, including career guidance, from fiscal 2019.

In line with such a move, the Aichi University of Education, a state-run college for teachers in the central Japan prefecture, which has the most students in need of Japanese language support, has made it mandatory for about 900 sophomores to take a course on guiding foreign students.

It is a much-needed start that will provide benefits for both people arriving in Japan, and for the nation as it attempts to overcome its long-standing demographic problems.

"High schools could be the children's last safety net," said Sagami Koyokan student coordinator Saya. "More Japanese language teachers are needed and teachers of other subjects should also be made familiar with Japanese language education."