Hiromu Inada is by no means your average 86 year old.

Inada is the oldest triathlete to complete what is known as the most difficult race in the world -- the ironman race -- at the world championships. But with his steely resolve, the Japanese senior aims to keep proving he can move mountains and that age cannot stop him from achieving what his heart tells him to do.

While the standard, Olympic-distance triathlon race consists of a 1.5-kilometer swim, a 40-km bike and a 10-km run, the ironman requires competitors to complete a race more than three times as long under a given time limit.

"It's an extremely tough race for an old man like me. But there's a part of me that wants to challenge myself and see how long I can keep competing," he said. "And if there are people rooting for me, then I think it's my obligation to meet their expectations." 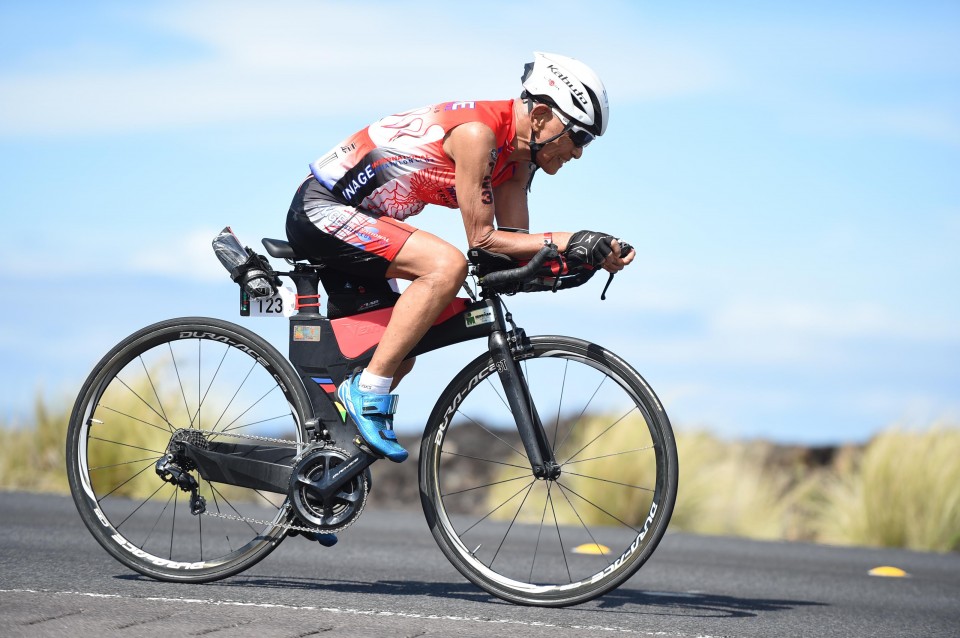 Inada, a retired TV reporter, has taken part in his age group race at the annual world championships in Kailua-Kona, Hawaii, for eight straight years. He has completed the race three times -- and set a record for the oldest finisher in 2016 before rewriting it again last year when he crossed the line in 16 hours, 53 minutes, 49 seconds in the sub-17 hour race.

"The race is all about endurance and gunning persistently until the very end. You also don't really need the explosiveness," he said. "Having three parts gives me a chance to make up for one segment with another."

Inada is aware his physical challenges are mounting and does not refuse to acknowledge the fact that his body is "crumbling down" with age while his battle against injuries seem endless. Yet, he considers his life now as the best time he has ever had, even compared with "youth."

Inada's day usually starts before the sun rises in Chiba, near the Japanese capital. He arrives at his gym at six in the morning, six days a week and sometimes even works out until after sunset. 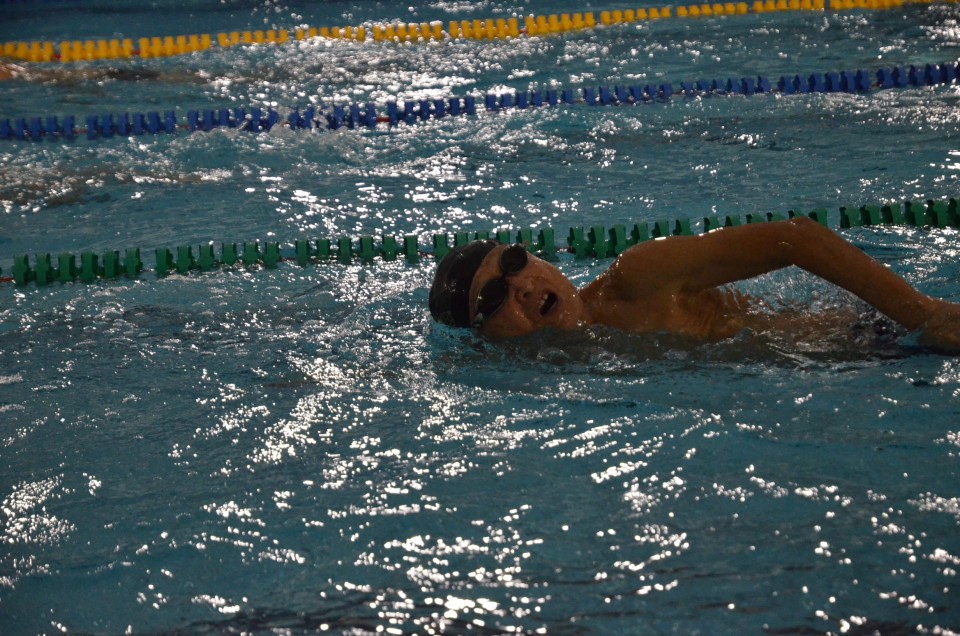 On a chilly day in March, he went straight to a 50-meter pool at his Inage International Swimming School and swam lap after lap, completing over 3 km in the next hour or so.

Without taking a long break or showing signs of fatigue, Inada rushed into a training room with his bike, where he took part in a workout session along with younger participants.

"Even though I have the same training menu as young people, it takes me twice as long to complete it," he said. "But I find training very fun. I also am encouraged by watching the training of young athletes. I think it's good how we motivate each other."

He said he enjoys trying out different methods, concentrating on his posture or breathing, so he can race more easily without his physical limitations that come with age negatively impacting him. He tries out things that his coaches tell him or what athletes on TV competing in other sports say they are doing.

"When I try out new things, sometimes I'm like 'this works for me' or 'I might be able to finish the race faster if I do this' and it's so fun when it clicks," he said. 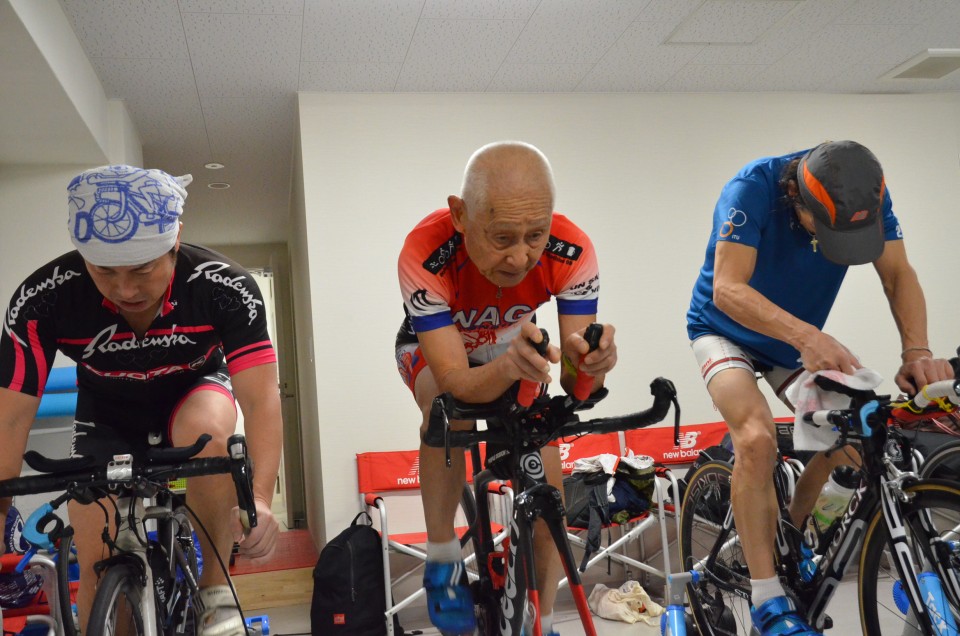 He sticks to a strict diet, consuming food that he believes will boost his overall performance. He tries to balance proteins and carbs, while cooking soup with 14 ingredients to eat in the morning.

"In my case, my bones are thinner and my muscles are weaker. And I need to supplement that through my diet," he said. "My life centers around the ironman. And diet is a part of that."

Triathlon shifted from being a hobby to his "obligation", he said, after his world championship race in 2015 that left many viewers riding an emotional high.

Following the swim and the bike segments, Inada finished the race having collapsed twice in front of the goal. He stood up, tottered and made the finish, only to find out later that he was disqualified after not making the time limit by just five seconds, when the race was held with a 16 hours, 50 minutes limit.

He said he received more than a thousand messages from people who were moved by his performance on his social media account. The race organizers also had messages sent to them asking that Inada not be disqualified.

"I was about to pass out. I thought I finished the race in good shape, not without falling," he said. "I used to think that I could quit whenever I want. But finding out that people are actually expecting things from me led me to think that I need to complete the race no matter what."

He made the cut the following year, and in 2018, he overcame his "lonely battle" against feeling ill and sudden rain to win his age category of over-85 year olds -- a group newly created for Inada.

Inada's passion for triathlon began relatively late for his age.

He had been working as a reporter for Japan's public broadcaster NHK until he retired at the age of 60 to take care of his wife who had fallen ill.

After starting swimming three days after his retirement, he took part in aquathlon events, which consists of a swimming portion and a run. He made his debut at an Olympic-distance triathlon meet when he was 70 -- and the length of the race became longer and longer until he made his ironman world championship debut in 2011.

"I didn't imagine myself doing triathlon until this age," he said. "Once I got over 80 years old, I suddenly felt weak. In a way, I even think I was very young at 70. I think my body would've been weaker faster if I hadn't started triathlon."

He has been a source of inspiration for younger triathletes who train along him. 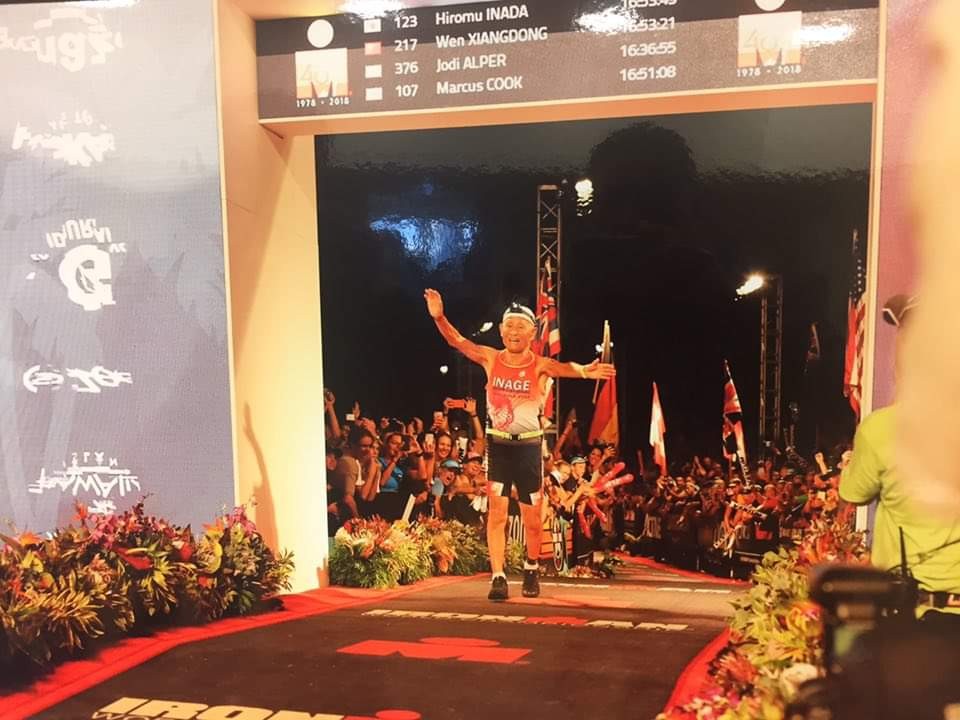 (Inada competes at the Ironman World Championship in Kailua-Kona, Hawaii, on Oct. 13, 2018. At 85, he became the oldest man to finish the race, which consists of which consists of a 3.86-km swim, a 180.25-km bike and a full marathon.)[Photo courtesy of Hiromu Inada]

"He is a legend. His very existence is just purely amazing," said Satoshi Namekata, 52, who joined Inada at his bike session in March. "He is someone we all look up to -- a goal."

"Everybody wants to be like him. Well, I don't think I can be like him though," he said with a laugh. "But he motivates us all whenever he shows up at training."

Inada aims to finish the next world championships in October in style, while inspiring his own generation to make their own achievements even late in life.

"At any case, I want to finish the race this year because I think I've evolved through my training," he said. "I have this dream that I might even finish faster than I did this year."

"I hope everyone can see and be encouraged that you can do the same things as the younger generation even when you age."