Entertainment tour boat burned on Tokyo river while not in business

A "yakatabune" entertainment tour houseboat was gutted by fire on a Tokyo river Wednesday while it was not in business, police and firefighters said, adding none of the crew sustained serious injuries.

The boat caught fire after the crew heard an explosive sound while they were taking a rest on the boat near the bank of the Arakawa River shortly before 5:10 p.m., they said.

The boat went adrift for several hundred meters on the river while it was in flames as the crew cut the rope to prevent the fire from spreading out on the bank. 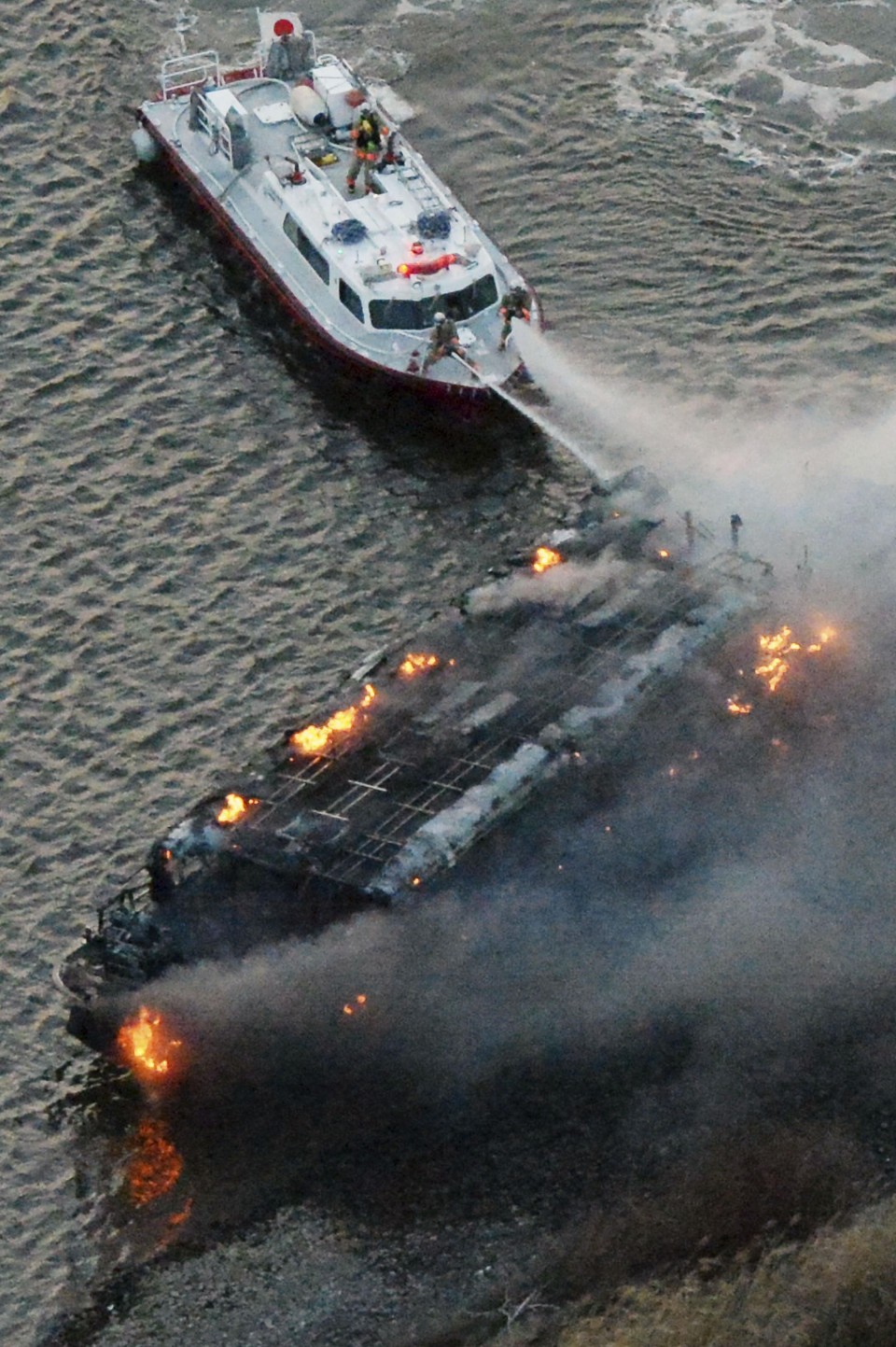 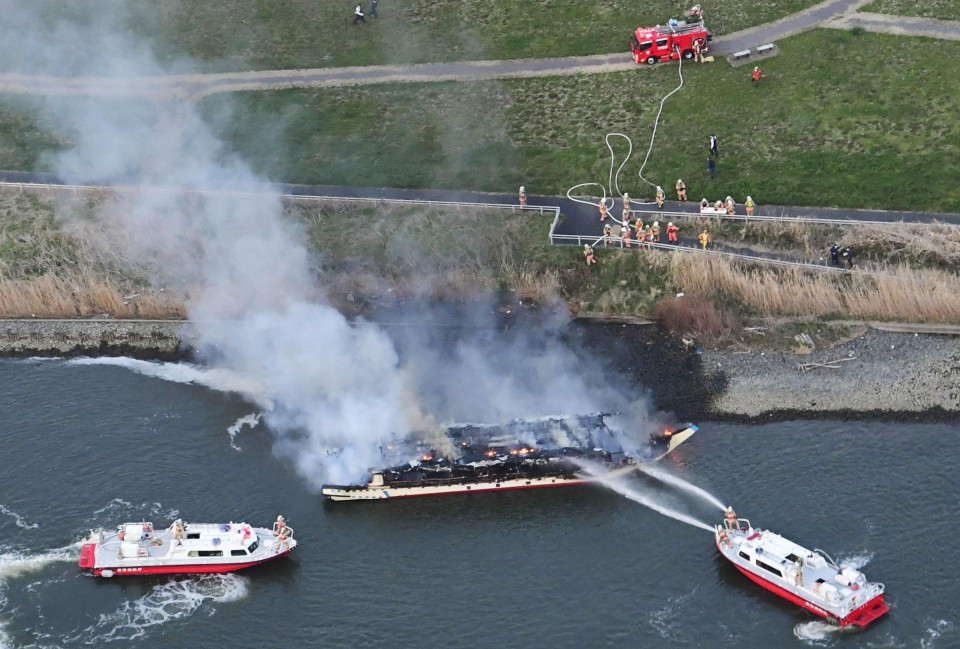