Eighty people were injured Saturday after a jetfoil ferry apparently hit a marine animal off Sado Island in the Sea of Japan, according to the Japan Coast Guard and the ship operator.

The collision at around 12:15 p.m. did not prevent the ferry from reaching its destination on the island. But 13 sustained serious injuries, such as broken bones, and a 15-centimeter crack was found at the stern. 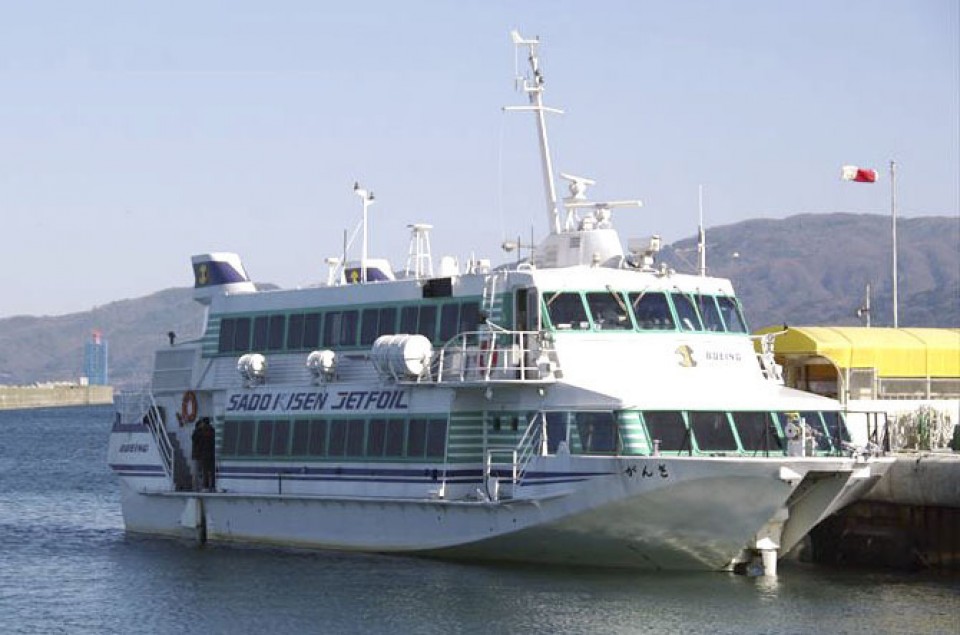 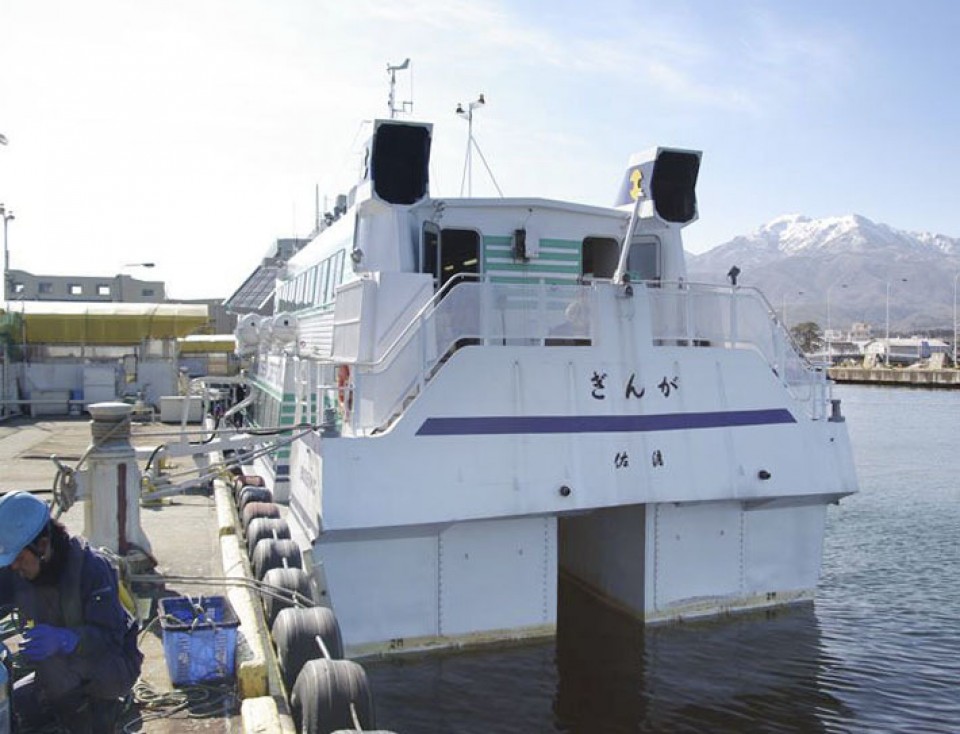 The vessel, carrying 121 passengers and four crew members, had left Niigata Port on Japan's main island at 11:30 a.m. It arrived at Ryotsu Port at around 1:30 p.m., according to Sado Steam Ship Co.

The boat, propelled by a high pressure jet of seawater, operates at a speed of 80 kilometers per hour, connecting Niigata and Ryotsu ports in about an hour. Its rear hydrofoil wing was also damaged in the collision.

Coast guard officials are checking the cause of the incident. The vessel may have hit a whale or some other creature, they said. The Japan Transport Safety Board said it will send three investigators to conduct an inquiry from Sunday.

"After the sound of a bang...my throat hit the seat in front of me. People around me were moaning (because of pain)," one of the passengers told reporters.

Such accidents are not uncommon on routes around Japan and to South Korea. Ferry operators have installed devices that emit sounds that are unpleasant to whales and have tried to avoid sailing in areas that would risk colliding with them.

Crew members also call on passengers to secure seat belts before departure as well as when the vessel is sailing, Sado Steam Ship said.

The coast guard earlier said 87 people were injured but revised the number to 80.