Ichiro Suzuki brought down the curtain on his career as countryman Yusei Kikuchi started his big league journey in Thursday's emotional game won by the Seattle Mariners over the Oakland Athletics 5-4 in 12 innings.

Kikuchi allowed two runs, one earned, on four hits and a walk. The 27-year-old struck out three in his big league debut after being posted by the Seibu Lions of Japan's Pacific League over the winter. 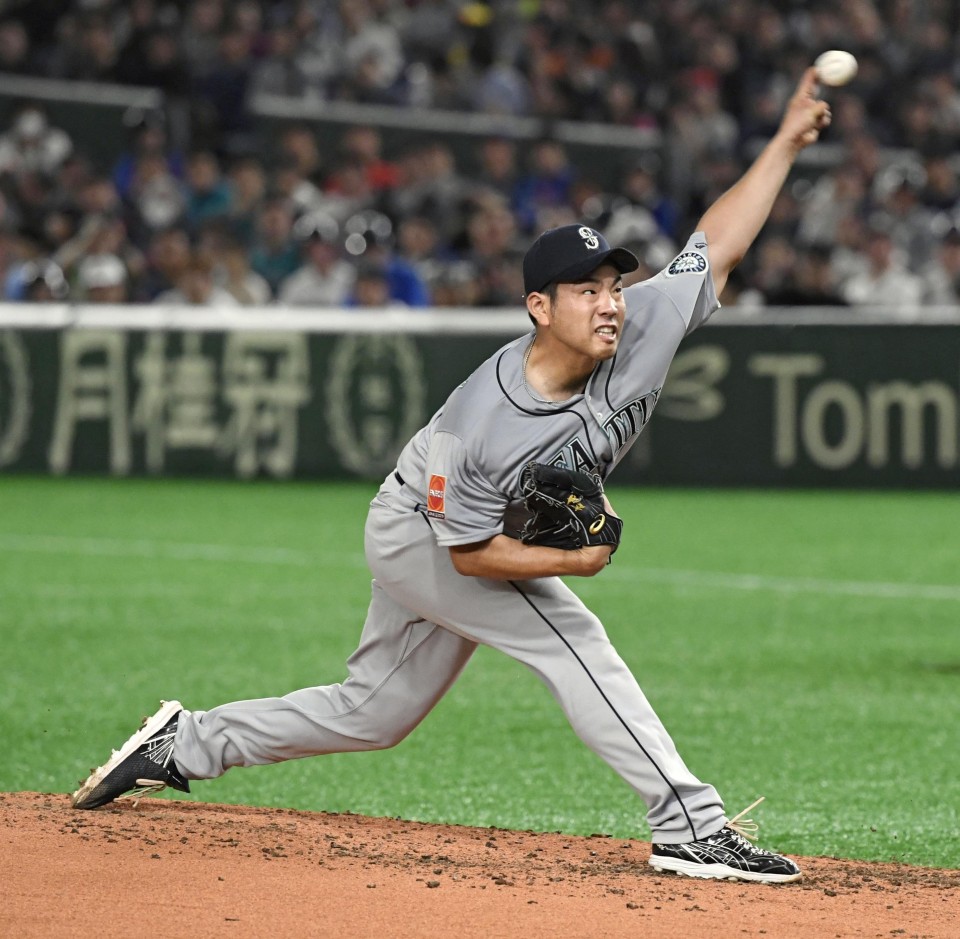 Suzuki, who was set to hold a post-game press conference, went 0-for-4, with the applause growing in intensity each time up.

After fouling out and grounding out in his first two at-bats, Suzuki took a called third strike in the top of the seventh. The crowd of 46,451 showered the 28-year veteran with appreciation as he walked back to the dugout with his head down.

Kikuchi opened with an easy first, hustling to make a play and deny the leadoff hitter an infield single before a strikeout and a soft fly to Suzuki in right field brought Tokyo Dome to full volume.

Ryon Healy gave Kikuchi a two-run lead in the top of the second inning with a two-out, two-run homer. After Kikuchi pitched out of trouble in the second thanks to a hit-saving play by second-baseman Dee Gordon, Mitch Haniger's one-out solo home run made it 3-0 in the top of the third.

Kikuchi ran into trouble in the bottom of the fifth. After four scoreless innings, he surrendered two hard-hit singles before getting a soft liner to short and another to Suzuki in right. The lefty failed to get the call he wanted on a 1-2 pitch to leadoff hitter Marcus Semien, who hung in and lined an RBI single to center.

After what had seemed like Suzuki's final at-bat in the seventh inning, the Mariners put him on deck in the top of the eighth thanks to a one-out Tim Beckham double. Suzuki grounded out to short, and was pulled from the game prior to the bottom of the inning, allowing him to make a hero's exit. 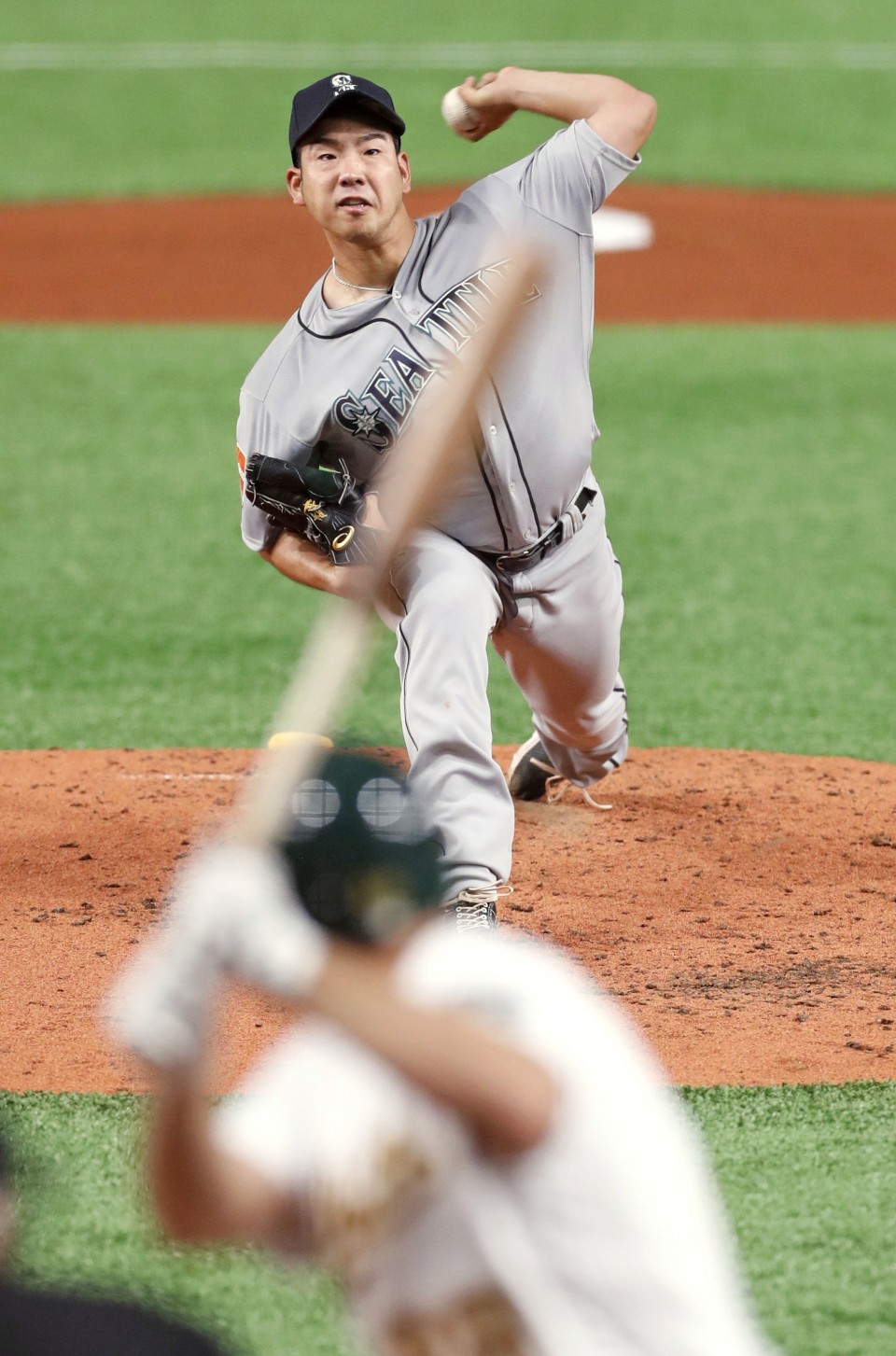 Gordon, a long time teammate of Suzuki's from their days with the Miami Marlins, joined the thousands of tearful witnesses to the historic moment.

"Playing with him these last five years, he just means so much to me," Gordon said of Suzuki.

Asked about his tears at Ichiro's celebratory exit, Gordon said, "I was just glad you guys did this for him. He deserved it."

Right-hander Roenis Elias took over for the Mariners and got a comebacker, but first baseman Jay Bruce failed to catch the throw to let in an unearned run and close the book on Kikuchi.

Bruce delivered a sacrifice fly in the top of the seventh that made it 4-2, but the A's struck back to tie it in the bottom of the inning on a two-out, two-run Khris Davis single.

The Mariners won it in the 12th when a run scored on a one-out double play ball that the Athletics failed to convert.

Although Kikuchi opened his major league career in his home country, it was just his third career game at Tokyo Dome, where he previously went 1-0. His last start here was in June, when he beat the Yomiuri Giants, allowing two hits and striking out three in seven scoreless innings for the Lions.

He went 73-46 in eight seasons for Seibu after signing as a first-round pick out of Iwate Prefecture's Hanamaki Higashi High School, the same school later attended by Los Angeles Angels star Shohei Ohtani.