The organizing committee for the 2020 Tokyo Olympics and Paralympics unveiled Friday robots that will be used at the summer events, as part of its efforts to make the games "the most innovative ever" and give visitors an unforgettable experience.

The robots, created with Japanese technology, are expected to assist spectators in such ways as guiding people to their seats at stadiums, bringing food and drinks to those in wheelchairs, providing event information and helping carry things.

The Human Support Robot or HSR developed by Toyota Motor Corp. is a one-armed, around 1-meter-tall robot that can move at the speed of 2.2 kilometers per hour. It can "talk" and lead spectators to their seats. 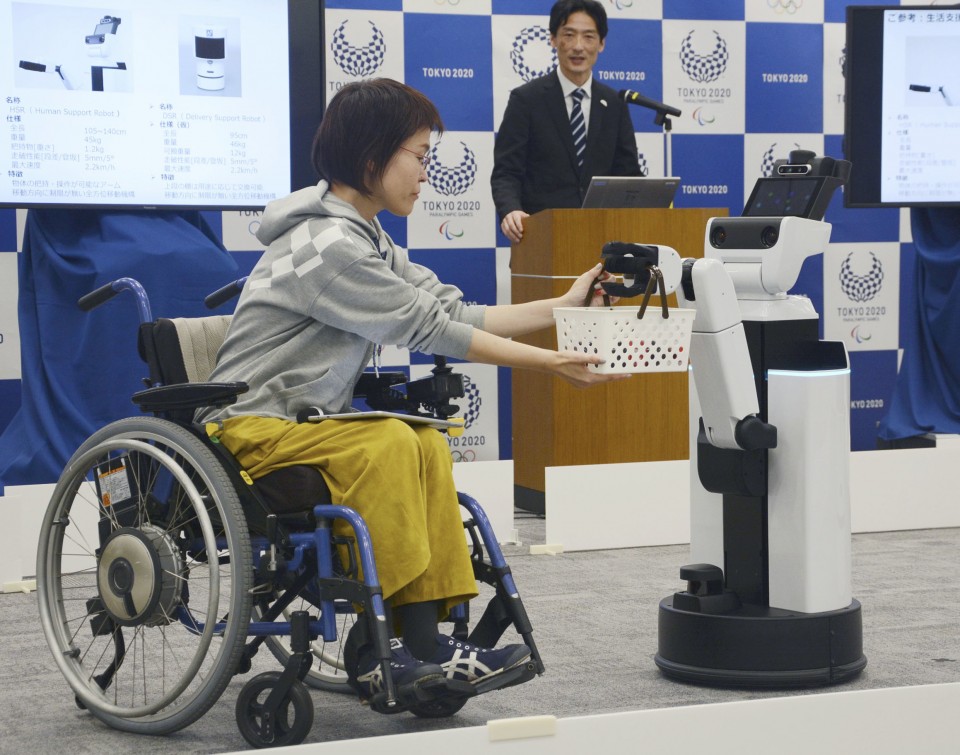 The HSR will be working with the Delivery Support Robot or DSR, another Toyota robot, which will bring food and drinks near spectators after they input their orders in tablet computers. The DSR will hand the orders to the HSR, which will then give them to the visitors.

In total, 16 sets of HSR and DSR are expected to be deployed in the stadiums for track and field events.

The organizers also showcased Power Assist Suits developed by Panasonic Corp., which will lighten the load for workers carrying heavy objects such as food, drinks or waste in the venues' backstage areas and at the Olympic and Paralympic Villages.

When worn, the suit diminishes the burden placed on the lower back muscles by 10 to 40 percent, increasing productivity by 20 percent.

The robot suits will also be used at airports to load athletes' luggage onto buses. The organizers said in a statement it will provide a healthier and safer working environment.

Various other robots are expected to be used during the Summer Games, details of which will be announced later, the organizers said. The project is expected to showcase robots' "potential for wider application in everyday life," they added.