Kobayashi finished fifth in the large hill event in Oslo, but nevertheless built an unassailable lead -- 500 points over second-place Kamil Stoch of Poland -- in the standings with five individual events left on this season's calendar. 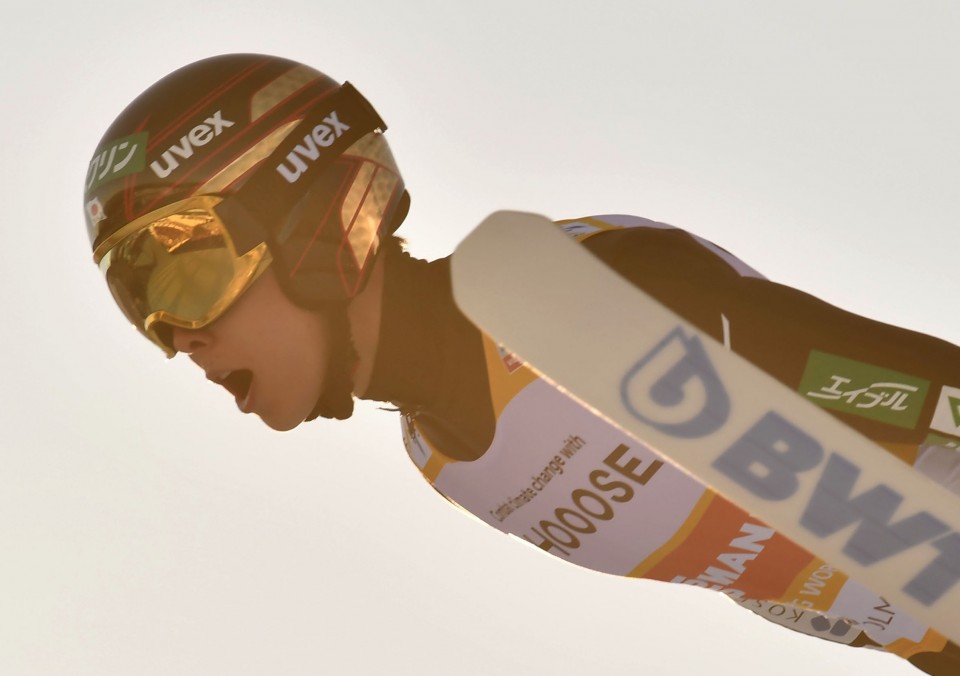 "This is the biggest (feat) for me personally. It might be even bigger than (winning) the Olympics," said Kobayashi, who has accumulated 1,665 points and 11 wins over the season so far.

The 22-year-old began the day with a 475-point lead over two-time overall World Cup champion Stoch. By finishing 13th, Stoch was eliminated from contention for a second-straight overall title.

It has been a breakout season for Kobayashi, who swept the prestigious Four Hills tournament and placed fourth at the recent Nordic world championships. In January, he equaled the all-time ski jumping World Cup record of six consecutive wins.

Previously Kazuyoshi Funaki's second overall in 1998 was the best result by a Japanese in the men's ski jumping World Cup, first held in 1980. Noriaki Kasai ended the season third overall twice, in 1993 and 1999.

"It's amazing that he clinched the overall title so quickly," said Kasai, who also serves as Kobayashi's coach.

"I hope his win shines a spotlight on ski jumping. I want to give young jumpers a chance to perform in front of a large home crowd," he said.

Kobayashi is from Iwate Prefecture, one of the areas affected by the Great East Japan Earthquake. He achieved the feat on the eighth anniversary of the quake and tsunami-triggered nuclear disaster, a day he said he will never forget.

"This day brings both happy news and sad memories, but I want it to be a day for people in Iwate to be optimistic about the future," he said.

"I remember the hotel (in Niigata where he was staying during the junior national championships) shook really hard. When I look back on myself from eight years ago, I think I've come really far."

"It hasn't sunk in yet," Kobayashi said of his overall triumph. "I'll probably feel the excitement when the season ends. I've been consistent with my podium finishes and it's been a good season."

While Sara Takanashi has won the women's overall crown in four of the women's circuit's seven seasons, no Japanese man has finished better than runner up.

A year ago at the Pyeongchang Olympics, Kobayashi was seventh in the normal hill and 10th in the large hill. But this season, he earned his first World Cup victory by capturing the large hill event in Ruka, Finland, in November.

Last month, he became the sixth ski jumper to record 11 World Cup wins in a season.