Japan midfielder Yuki Kobayashi announced Thursday that Dutch Eredivisie club SC Heerenveen will not renew his contract at the end of the season.

The 26-year-old has played 26 games since joining the Dutch side from J-League first-division club Jubilo Iwata in 2016, recording six assists but no goals. 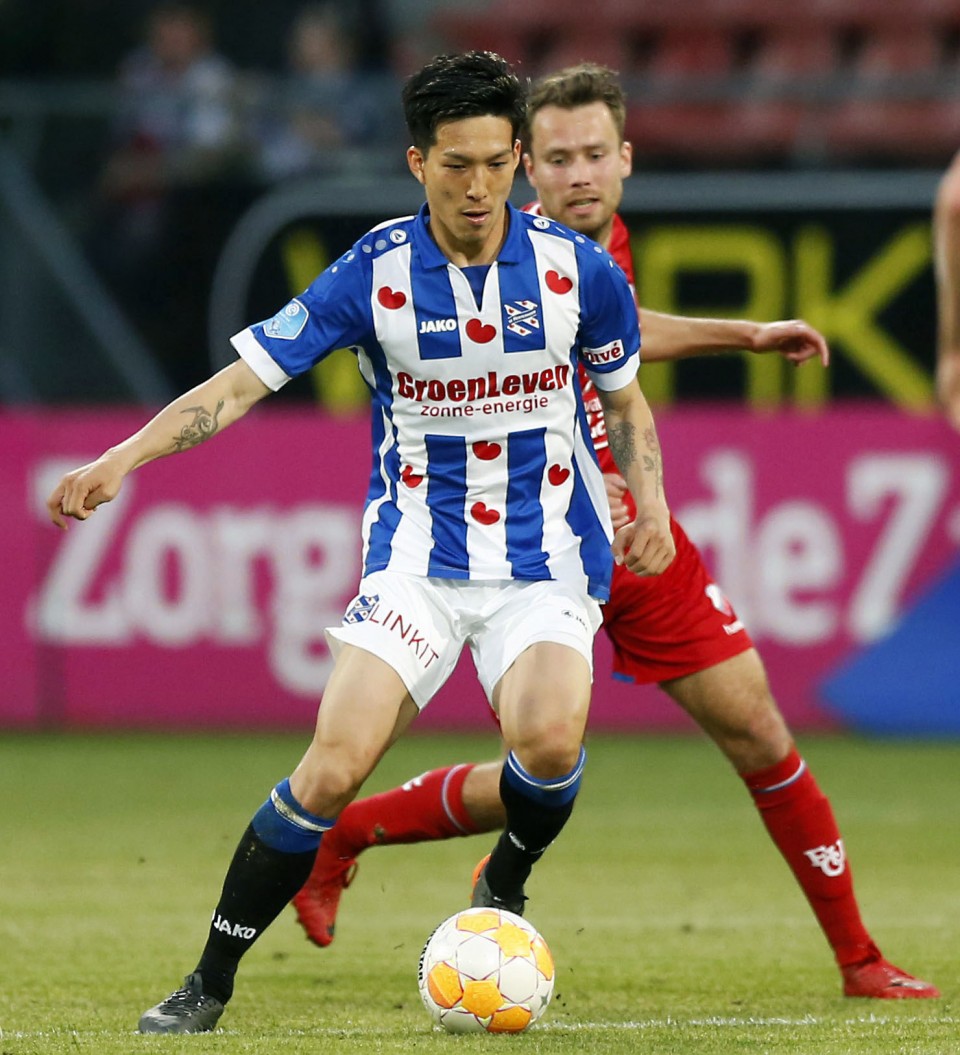 "I am grateful to everyone at the club," Kobayashi wrote in Dutch and Japanese on his Instagram account.

"When I first arrived in the Netherlands I thought it would be very difficult because I do not speak Dutch and the culture is very different to Japan's, but in reality it was the total opposite."

Kobayashi has regularly started games this season for Heerenveen, who are 10th in the Dutch first-division standings after 26 matches.

"I had a very nice time here, I was lucky with my coaches and all my Heerenveen teammates," Kobayashi wrote.

"It is a shame I was unable to score more goals or get more assists for Heerenveen. For me personally, the team always comes first."

A native of western Tokyo, Kobayashi came through the Tokyo Verdy youth academy and played for the J-League second-division club before joining Jubilo in 2012.

The central midfielder, who can play in an attacking or holding role, made his Japan debut in 2016, but he has since totaled just six caps. He was called up for the recent friendlies against Colombia and Bolivia, playing in both.