Japan to support education for 4 mil. women in developing countries

Abe said improving access to education is important for sustainable economic development and that he will propose accelerated efforts to provide better education opportunities to women at the meeting of the Group of 20 major countries which Japan will host in June. 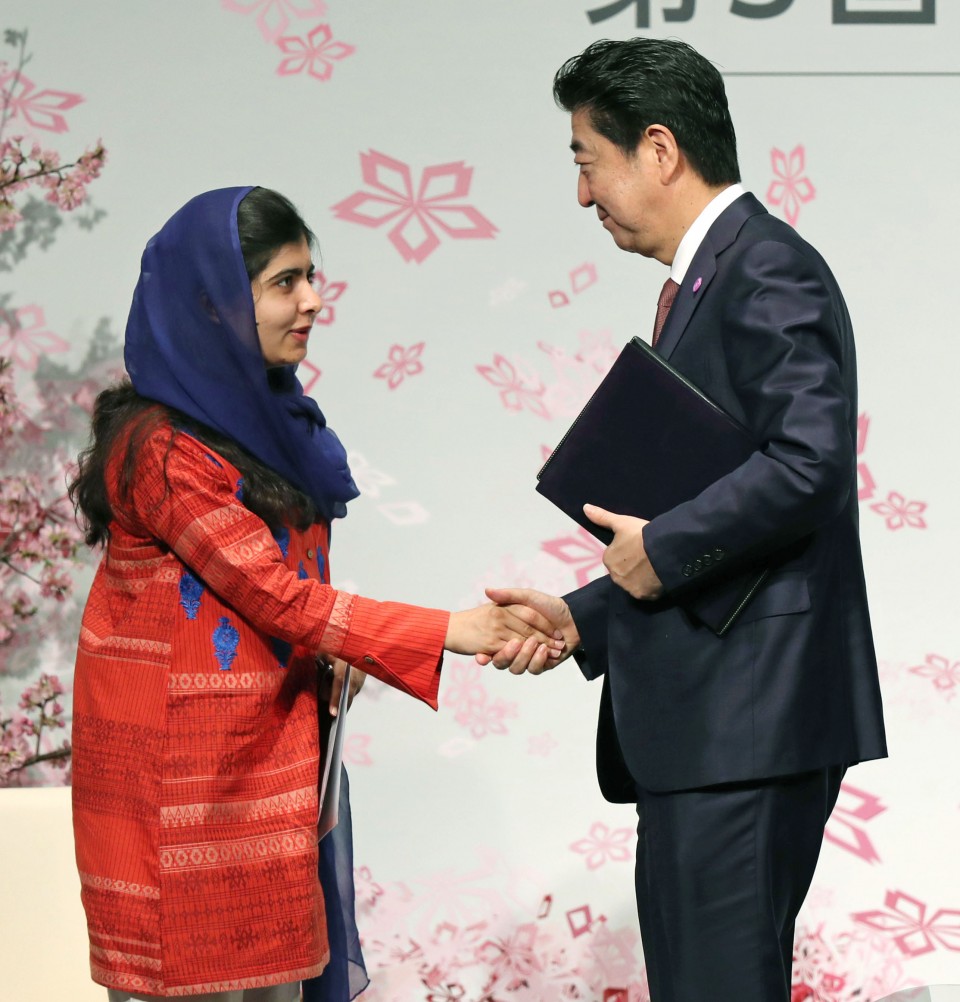 "As the G-20 president, I would like to confirm with other G-20 leaders our determination to create a world where all can have access to at least 12 years of high-quality education," he told the meeting of Women20, a G-20 engagement group which makes policy recommendations to the major economies.

To create a world where "all women and girls can shine, where women are driving innovation" and taking seats in governments and businesses, leaders must invest in girls' education, Malala said.

"If we invest in girls today, a future beyond our imagining is possible," she said.

In the event, W20's Japanese representatives handed Abe a communique demanding that G-20 member countries take action to close the gender gap for the sake of economic growth and fair and sustainable development.

The communique requested G-20 member countries to present a mid-term report at the next G-20 summit in Osaka on a commitment made at the 2014 G-20 summit in Brisbane, Australia to reduce the gender gap in labor force participation by 25 percent by 2025.

The recommendation also urged use of new technologies including artificial intelligence to "ensure no women is left behind," while calling on G-20 leaders to take measures to promote participation of women in the field of digital technologies, science, engineering, arts and mathematics.

The first W20 summit was held in Istanbul in 2015 to promote social advancement of women in the G-20 member states and to strengthen their economic power.

The W20 Japan event was concurrently held with the fifth World Assembly for Women, hosted by the Japanese government with the aim of realizing "a society where every woman can shine."

Despite the Abe government's push for female empowerment, Japan lags behind many other advanced economies in the social and economic advancement of women.

In 2013, Abe requested all listed companies to have at least one woman on their board as part of an effort to achieve the goal of having at least 30 percent of leadership positions in every sector of society occupied by women by 2020.

After the request, the number of female board members more than doubled from 630 in 2012 to around 1,700 in 2018. But the rate of female occupation of board seats remains low at around 4 percent, according to the Cabinet Office.