Yokozuna Hakuho was summoned to explain himself on Thursday after leading an impromptu cheer following his victory at the Spring Grand Sumo Tournament.

The Japan Sumo Association's board of directors called in Hakuho and his stablemaster, sumo elder Miyagino, to hear their side of the story regarding the yokozuna's unapproved actions at Edion Arena Osaka on Sunday after he extended his record for career grand tournament championships to 42. 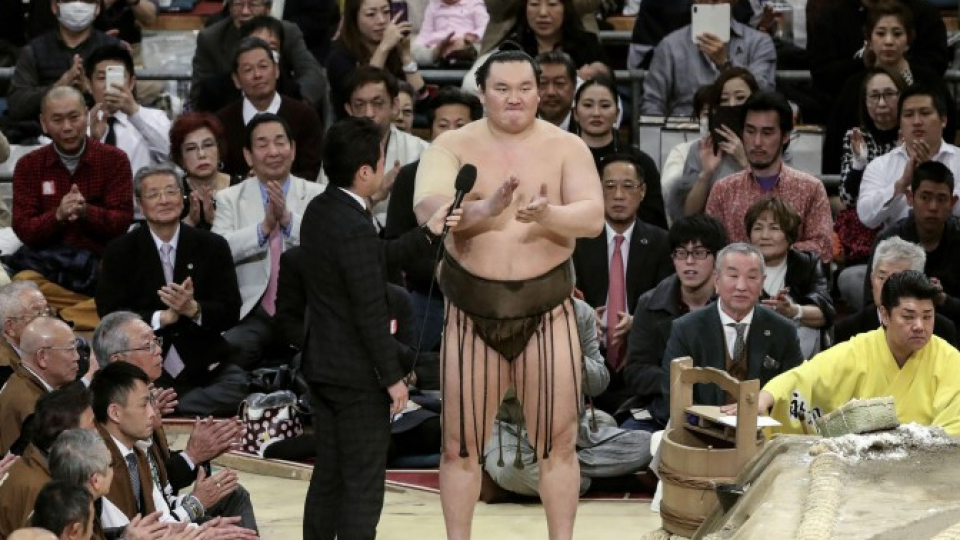 The JSA's board of trustees and its yokozuna council advisory board have already sent documents to the grand champion over his behavior. The compliance committee will discuss possible disciplinary measures and report to the board of directors.

According to the JSA director of communications, elder Shibatayama, Hakuho apologized and explained during questioning he wanted to "rouse the crowd at the conclusion of the last grand tournament of the Heisei era."

The compliance committee will likely argue it is a matter of conforming with the rules governing behavior in the ring, etiquette, a breach of tradition and discipline. Hakuho was severely criticized in November 2017, when he led the crowd in Fukuoka in three cheers for the last day of the Kyushu tourney -- when the assault on a lower-ranked wrestler by former yokozuna Harumfuji became known.

"To protect our tradition and culture, we have to diligently observe the sumo association's rules," Shibatayama said. "He was informed that selfish behavior is unacceptable."

"As a leading figure, he must be respectful. He is a remarkable yokozuna, so respect is essential in receiving approval (for his actions)."

"I want a quick resolution to this so he can once again commit himself to doing his best."