How much gaming is too much gaming? This is the question Japan's preeminent addiction expert Dr. Susumu Higuchi is trying to answer as he treats people whose lives have been destroyed by video game addiction.

Online gaming addiction has become the fastest growing form of addiction in the 21st century, and it's the most vulnerable people -- children -- who mainly fall prey to the psychoactive effects of the cyber drug, Higuchi says. 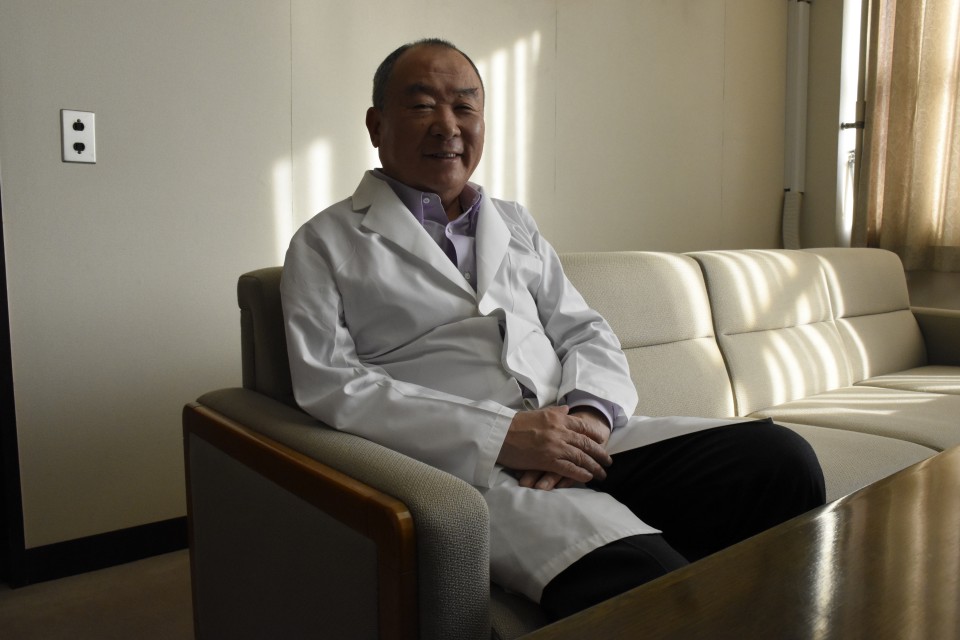 As the head of the Kurihama Medical and Addiction Center in Kanagawa Prefecture, which started the country's first program for internet addition in 2011, Higuchi is rolling up his sleeves to tackle a scourge which has eaten into the vitals of our society.

"This isn't just about Japan, it's happening all over the world," Higuchi told Kyodo News in a recent interview.

"We deal with patients every day and see how gaming addiction is only getting worse. How can we ignore that?" he asks.

Every Tuesday, the laid-back, softly-spoken 74-year-old and his two physician colleagues hold sessions for patients whose obsession with games has led them to neglect real life responsibilities including family, friends, school, work, and even hygiene, sleep and eating.

The majority are teenage boys brought to the clinic by worried family, but there are also adult men who seek help for gaming habits that have turned from passion to pathology, making them yearn for just one more hit, one more level, one more achievement unlocked.

While boys tend to get hooked to shooter and role-playing games, girls are more prone to social media addiction, Higuchi explains. Of the 1,800 people who are admitted to his internet addiction outpatient program every year, 90 percent are gamers, most of them male. 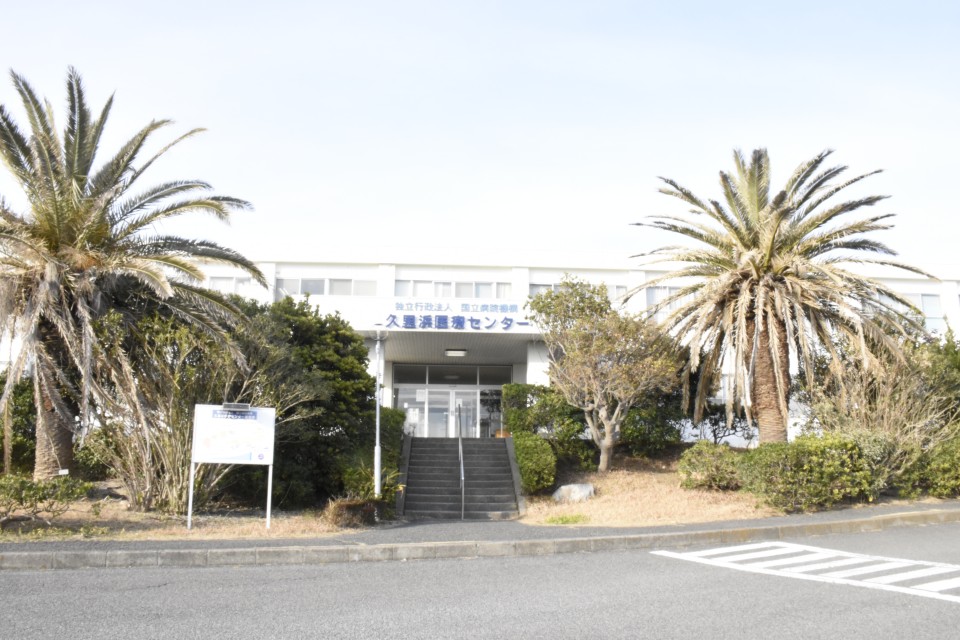 (The Kurihama Medical and Addiction Center)

It's easier for him to convince "mild" addicts that their minds can be rewired for long-term gains in the real world, while those with more severe levels of addiction will want to go back to their online reality in pursuit of immediate rewards in the form of dopamine.

"We're losing money by doing this," Higuchi says of his program at the clinic, where he can take no more than 20 patients a day and each may need years of treatment.

The last time the center opened reservations, in early February, it received 300 calls within two hours.

"Everyone's desperate. We aren't able to meet demand," he says.

Higuchi devotes much of his time to treating a medical condition that many still refuse to recognize, or even call nonsense. While some see the artistic, cultural and social merit of games, others, like Higuchi, are more skeptical.

The intervention specialist started the internet addiction rehab program because he expected to see similarities between behavioral addiction and substance addiction. Though he did find that in both cases the brain undergoes changes in its chemistry, he came to the conclusion that there isn't a one-size-fits-all recovery program.

"It's actually not the same, internet addiction is worse. Unlike alcohol and drugs, you can't ever take the internet away. Digital temptations are everywhere and there's no way to stop a person from playing games," Higuchi says.

"A person can abstain from alcohol and be in a zero state, but you can't do that with the internet. You can't unplug from technology entirely. That's what makes treatment difficult. And bear in mind we're often dealing with children," he says.

Despite decades of study, there is no scientific consensus regarding the potential impact of violent video games on youth aggression or on other aspects of public health.

But Higuchi, who also runs the country's largest treatment facility for alcoholism, says there is no denying that video game dependency is real. He can't stop you from scoffing at the idea, but he does have the World Health Organization on his side.

In May, the WHO will present the 11th edition of the International Classification of Diseases, which includes gaming disorder as a new diagnosis, for adoption by member states at the World Health Assembly. If approved, it will go into effect on Jan. 1, 2022.

The WHO says those affected show a pattern of behavior characterized by 1) impaired control over gaming, 2) increasing priority given to gaming to the extent that gaming takes precedence over other life interests and daily activities, and 3) continuation or escalation of gaming despite the occurrence of negative consequences.

Not surprisingly, there has been pushback and criticism from the gaming community, but Higuchi thinks once gaming disorder is recognized as a mental illness, it should be a wake-up call for the Japanese government to take gaming as seriously as South Korea does.

In South Korea, surveys have suggested that roughly one in 10 teens are internet addicts. The government spends about $10 million per year to fund a nationwide network of treatment centers, in addition to prevention programs like the shutdown law which blocks those under the age of 16 from accessing online gaming communities from midnight to 6 a.m.

By calling on Japan, home to gaming giants like Nintendo and Sony, to take drastic measures to help the country's youth, Higuchi knows he is up against formidable foes. A 2018 health ministry report said as many as 930,000 junior high and high school students may be addicted to the internet, its use often linked to escapism.

"With any kind of addiction, there's bound to be opposition from corporate giants. There's the alcohol industry, gambling industry and now the gaming industry," Higuchi says.

Higuchi says he can prove that gaming disorder is a diagnosable condition. But, as with everything else that falls under the category of internet addiction -- social networking, email, blogging, shopping and pornography -- there is a shortage of evidence.

Our love affair with devices does not automatically qualify us as addicts. Gaming dependency can be hard to define, but if you are moody, irritable, depressed or angry when not playing the game, or thinking about the next gaming session when not online, those are some psychological symptoms. 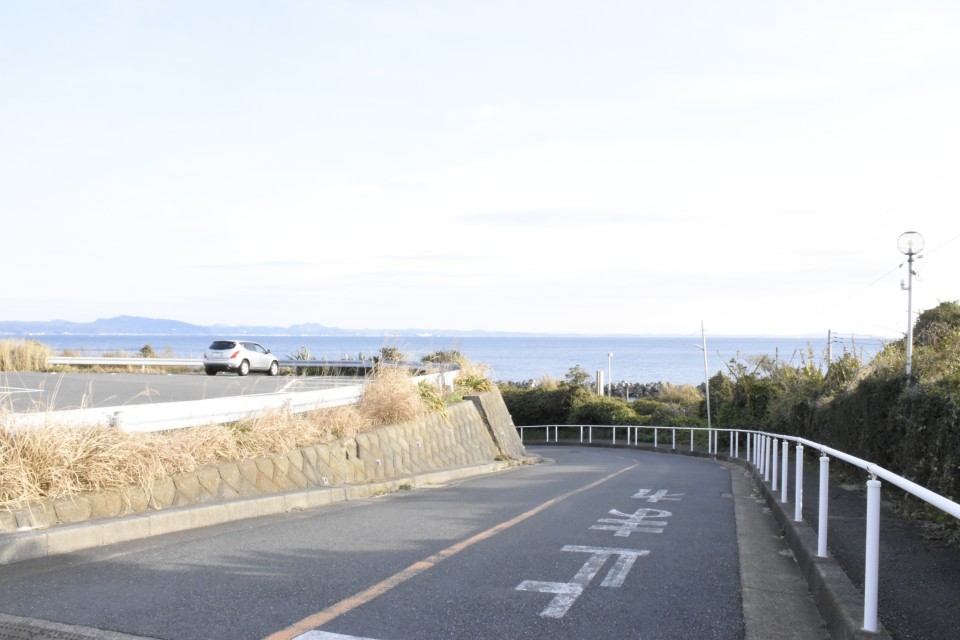 A common parenting strategy mistake is confiscating game consoles from children, Higuchi says, as is disabling WiFi, hiding gadgets or even smashing an Xbox with a sledgehammer like one father ordered his son to do in a 2015 viral video.

Higuchi believes a more successful tactic is to divert an addict by engaging them in social and active pursuits that disconnect them from their digital life and reconnect them with what's real. Try the old-school solutions like human interaction and fresh air, he says.

When addiction takes over, however, it leads to arguments, fights, and in the worst case, murder.

Not only has game addiction seen people sent to jail, but it has also caused tragic deaths. Gamer parents have been known to starve their children to death, children have stabbed parents for limiting or denying their playing time, and people have actually died after gaming too much.

For addicts, games are no longer a healthy pastime but a health hazard. As abstinence is not an option, you cannot stay clean for life, according to Higuchi.

"Parents could get hurt by trying to take away the object that consumes their children's lives. It's like playing tag, it's just a chasing game," the doctor says.

So how do you help a young game addict?

Awareness is key, according to Higuchi. Getting them to admit they are powerless over the game addiction is the first step on the road to recovery, and therein lies the difficulty with children who do not see a problem.

Though he has no personal interest in games, Higuchi goes out of his way to develop his video game literacy so he can speak his patients' language. Taking a client-centered approach helps nurture a therapeutic relationship, he says.

His treatment starts with health checks -- two physical exams and two psych screenings -- in the first four sessions. He engages with his patients to explain what excessive gaming does to their bodies as a way to get them to listen.

Medication is rarely used unless their internet addiction is linked to other pre-existing disorders such as ADHD or depression.

If patients make regular visits to his clinic over an extended period of time, Higuchi says they have a better chance of recovering because as they get older they foster an increased ability for self-insight and self-control.

If he had a choice, Higuchi would have every patient hospitalized for supervised care. But he says forcing someone into rehab is not effective.

"We can't treat an alcoholic who walks in here with a beer in his hand. It's the same with online game addicts. It's hard to help someone who doesn't want to be helped," Higuchi says.

Today, there are about seven patients hospitalized at the Kurihama center, all of whom Higuchi and his co-workers have managed to convince to voluntarily stay.

As far as he knows, there are only about 80 facilities in Japan that offer game addiction programs. So with appointments at clinics like his so hard to get, Higuchi advises asking a third party to step in because the sooner the addiction is faced head-on, the better.

"Use anyone you can, a teacher, a friend, a neighbor. The more supporters you have the better."

The physician says that internet addiction is treatable, and though relapses are possible, not everyone spirals back into addiction after returning within the reach of the alluring screens.

There is a correlation between emotional maturity and internet addiction, he says. Once the recovering addict has conscious control over their internet use, they are pretty much "fixed," Higuchi says.

Most patients spend years getting to that point, but if they are visiting a therapist it's a good sign. For Higuchi, the goal is to prevent "dropouts" by providing follow-up care, which is essential for successful recovery, and it is a lifelong process.

The e-sports boom has somewhat contributed to kids spending excessive time with a controller in hand, Higuchi says. The rise of e-sports, with all its glitz, glamour and massive prize pools, treats play like work and has left a "negative legacy," he says.

What complicates matters is that many game addicts actually believe they could make their hobby into a career.

"Game makers are knowingly turning customers into addicts. They will keep getting smarter so they can steal all of the players' waking hours and enslave them to their games. The fight will continue," he says.

"We need reinforcements, we need backup from the government. We're getting there. I feel like there is hope. I wouldn't be doing what I do if I didn't believe that."