AKB48 spinoff member criticizes probe into assault on her as "lies"

A member of a sister group of the popular all-girl band AKB48 on Friday criticized the outcome of a probe into an assault against her as "lies," as the group's management company revealed the result.

The management company AKS said an investigation launched after Maho Yamaguchi, a 23-year-old member of NGT48, was grabbed by the face by two men at her home in December, found no evidence of the involvement of any member of the group. 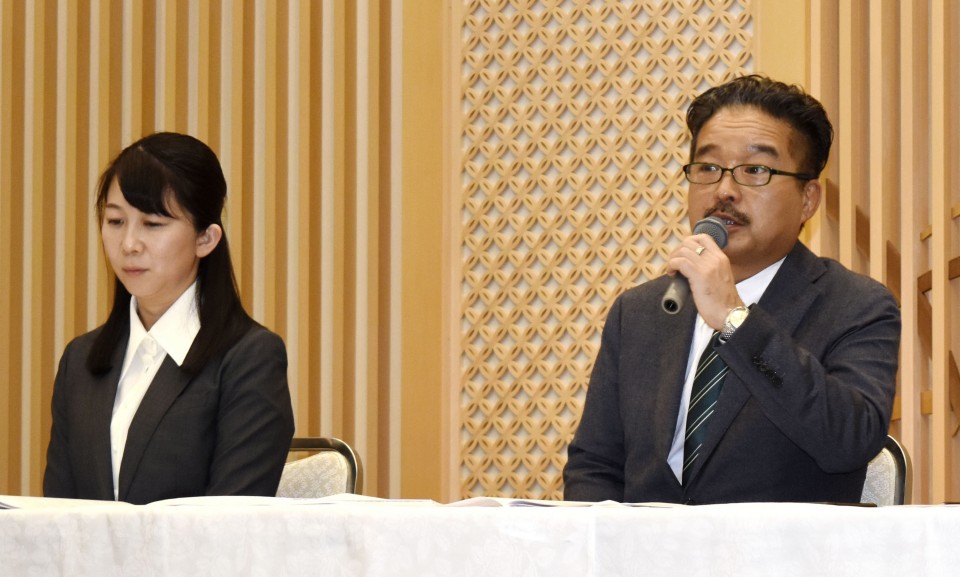 (Takumi Matsumura, right, an excecutive of NGT48's management company AKS, and Maiko Hayakawa, manager of the theater for the Niigata-based group, at a press conference in Niigata on March 22, 2019.)

But Yamaguchi said Friday in a Twitter post that there are members who admitted to having private connections with the attackers.

"Why do they continue telling lies," she wrote in the post while company officials were speaking at a press conference for the investigation. "I'm really sad."

Maiko Hayakawa, manager of the theater for the Niigata-based group, said at the press conference that Yamaguchi complained about the conclusion of the investigation because it did not reflect her opinions.

But AKS will seek to "move forward and continue activities with her for NGT," while it will continue to discuss the matter with her, Hayakawa said.

Yamaguchi said in the post that the company had told her that if it found anyone having personal links to fans it would dismiss them all and she had high hopes of the investigation.

The investigative committee found some members had personal relationships with fans and said this is problematic but concluded that "excessive behavior by some fans" caused the incident.

The two men were arrested by local police but not indicted.

The company came under criticism for its tepid handling of the case, as it did not reveal the incident until she wrote in a Twitter post in January that she had been assaulted and the company did not respond promptly.

AKS replaced Etsuro Imamura as manager of the theater in January after the incident came to light.

The company operates the Tokyo-based AKB48 and many affiliates in Japanese cities as well as overseas, such as JKT48 in Indonesia, BNK48 in Thailand and MNL48 in the Philippines.