Two men were seriously injured Monday after being shot by a man at a members-only gambling venue in Osaka's Minami entertainment district, local police said.

Police put South Korean Shinichi Kyo, 34, on a wanted list for attempted murder and violating the firearms control law, after the shooting at the casino-style online gambling hub, police said, adding that the suspect left his revolver at the scene. 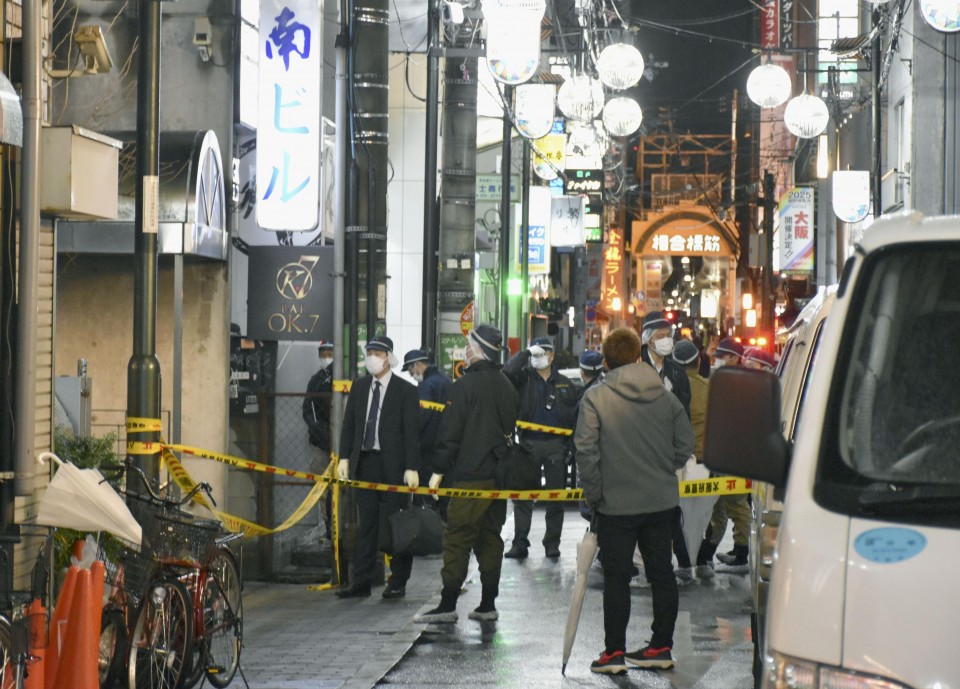 Investigators believe Kyo intended to murder the two men, a 42-year-old employee of the venue, and a 32-year-old customer, as he shot them immediately upon entering the facility and police are looking into whether the suspect knew his victims.

The customer was temporarily in a coma but regained consciousness later, while the employee is still in a coma.

A call was placed to the emergency services at around 1 a.m. Monday, with the initial report saying there was an unconscious man in the venue in the western Japan city.

The suspect shot the employee in the head and the customer in the left side of the chest before fleeing on foot, police said.

The suspect is about 160 centimeters tall with short hair and was wearing a gray T-shirt and trousers at the time of the shooting. Another employee in his 30s was in a different room and escaped unhurt, they said.

The police suspect illegal gambling services were offered at the gambling venue and that the employee who escaped was in a security room monitoring customers as they entered the venue, according to the police.

The police believe Kyo was a regular customer of the gambling den and the customer who was shot was either playing baccarat or using computer slot machines before the shooting.

"This is a very lively area but I do not recall any past shootings," said a man in his 40s who delivers napkins to restaurants in the area.

"It's shocking to hear someone has been shot here," said a 26-year-old Chinese employee of a nearby convenience store.

In the wake of the shooting, more than 10 police officers entered and exited the cordoned-off building where the venue was located as a group of passers-by gathered.

An elementary school located 400 meters away from the venue posted teachers along nearby roads to supervise arriving students in the morning and asked parents to ensure that their children do not pass in front of the venue.

"I am very worried because of the proximity of the attack to our school," said vice principal Shingo Akae.