Japanese consumers are bidding a nostalgic farewell to 30 years of the Heisei era under Emperor Akihito before his abdication April 30 by flocking to various retrospective events and buying memorabilia as businesses cash in on the era change.

In Japan, an era name is used for the length of an emperor's reign. The new era will begin when Crown Prince Naruhito, the current emperor's elder son, accedes to the throne on May 1.

Exhibitions featuring the Heisei era have been popular and places whose names share the same Chinese characters as the current period have been flooded with visitors. 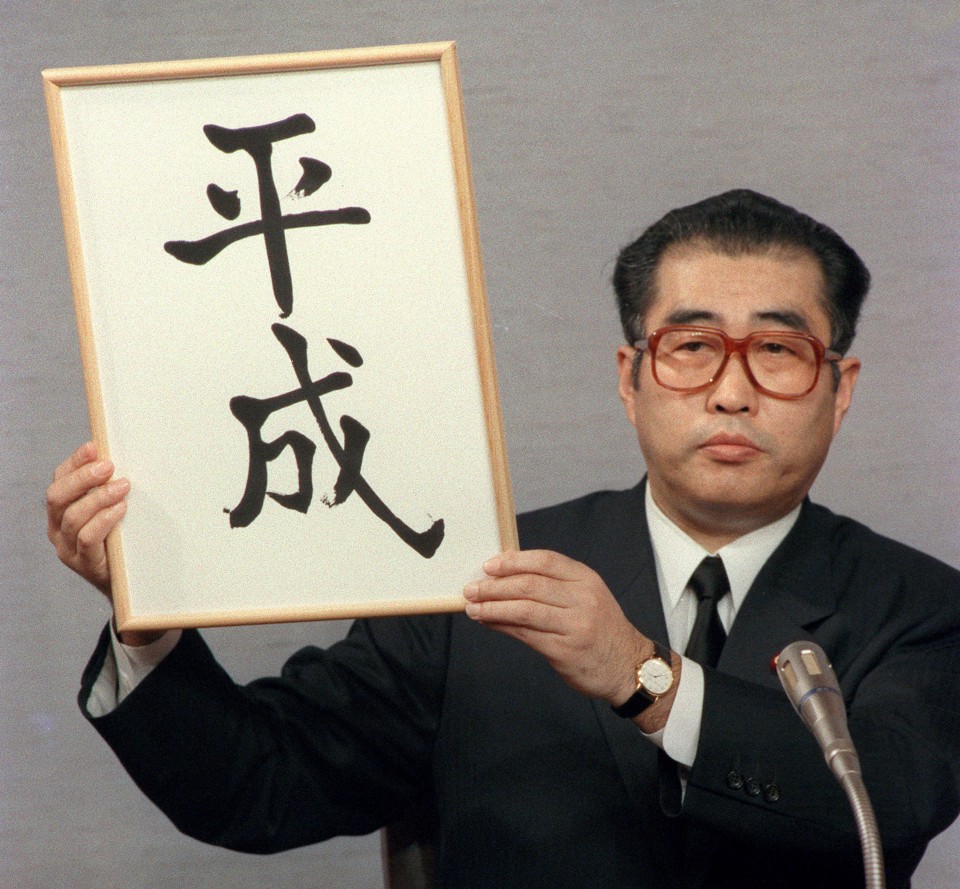 (Announcement of the Heisei era name in 1989)

In the run-up to the previous imperial succession in 1989, such scenes were rarely seen amid a mood of sympathy toward then Emperor Hirohito, who succumbed to cancer.

The current Heisei era commenced on Jan. 8, 1989, the day after Emperor Hirohito, posthumously known as Emperor Showa, died. The present emperor, 85, will be the first living Japanese monarch to abdicate in about 200 years.

An exhibition by major confectionery company Ezaki Glico Co. at its museum in Osaka showcases small toys it has sold together with its "glico" heart-shaped caramel candy during the Heisei era. The event will run through April 30. 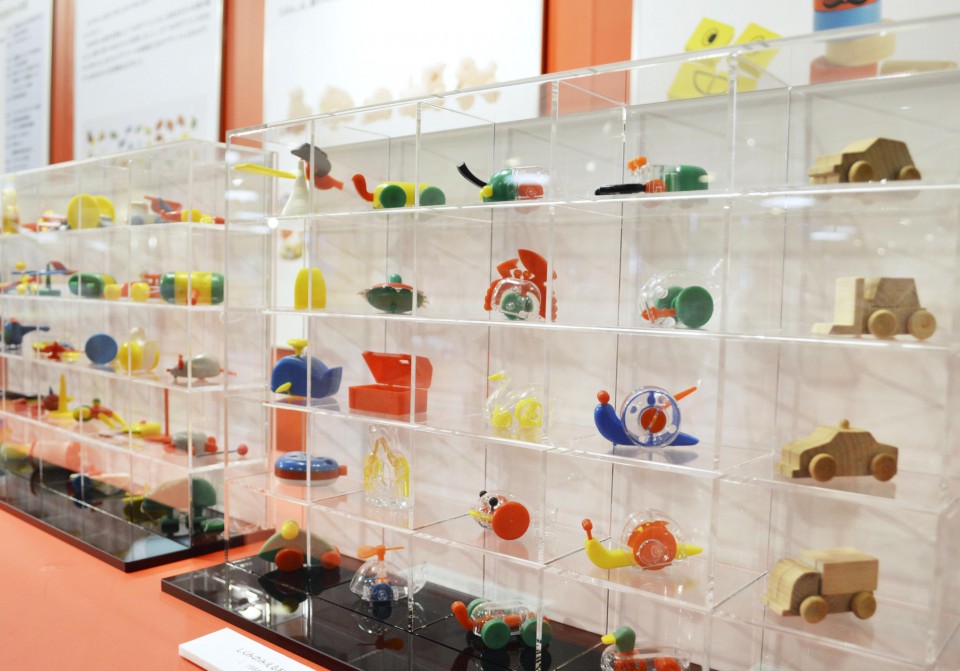 The toys have become more educational in design with time so that parents and children can play with them together. Packs containing a toy and the candies cost 100 yen ($0.9) at the start of the Heisei era.

The latest version contains wooden animal toys. When photos of them are uploaded to a smartphone app, information on each animal's biology is shown.

The National Archives of Japan in Tokyo is exhibiting a replica of a calligraphy work showing the two Chinese characters comprising the word "Heisei" that then Chief Cabinet Secretary Keizo Obuchi held up to announce the new era name in 1989.

The most popular souvenir at the site is a plastic sleeve featuring the calligraphy design, with 25,000 of them being sold since their debut in March 2018. 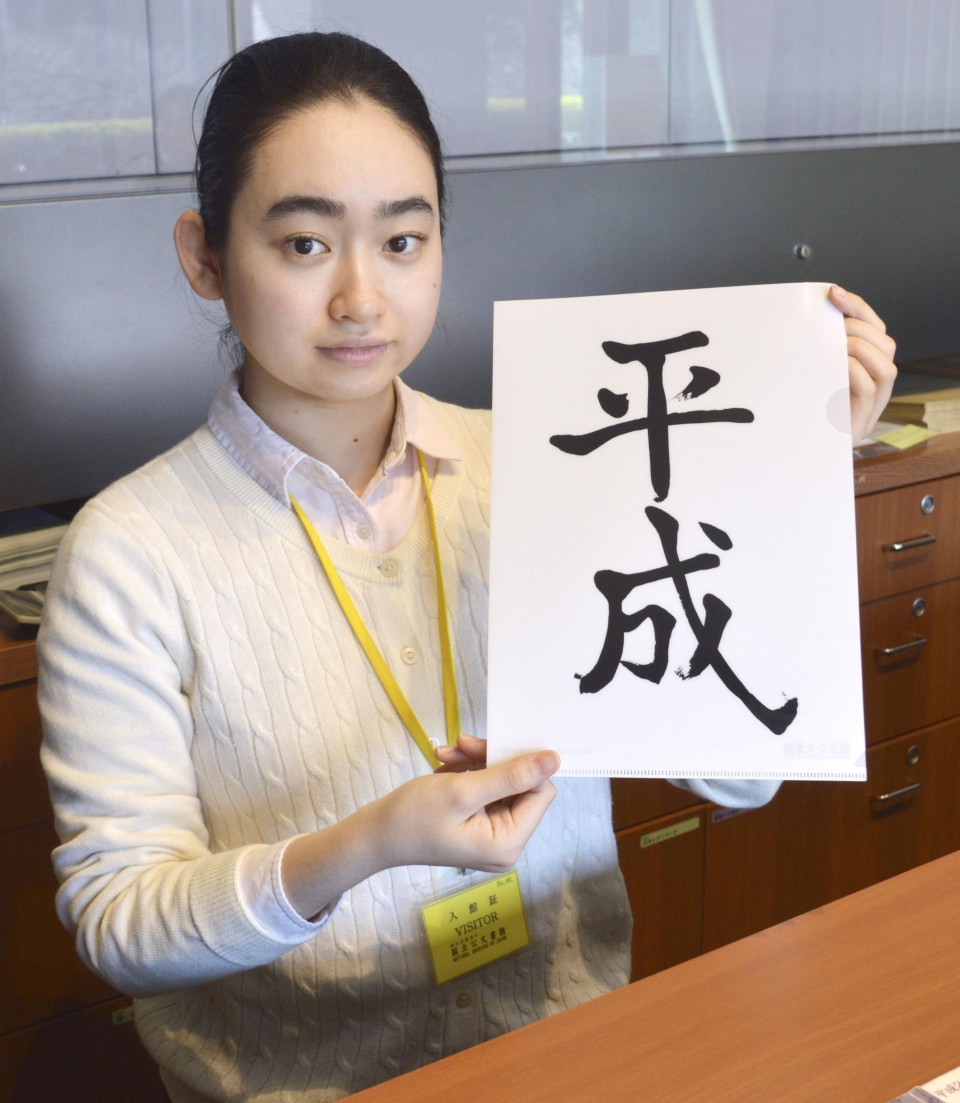 Some visitors said they bought the item because they felt nostalgic about Obuchi's press conference to announce the Heisei name, while others said they wished to commemorate the period in which they were born.

The district of Henari, written with the same Chinese characters as Heisei, in the central Japan prefecture of Gifu attracted many tourists and journalists in 1989. "Our local specialty shiitake mushrooms flew out of the stores as they were bought as souvenirs," said Kazuyoshi Tabata, a 64-year-old local resident. 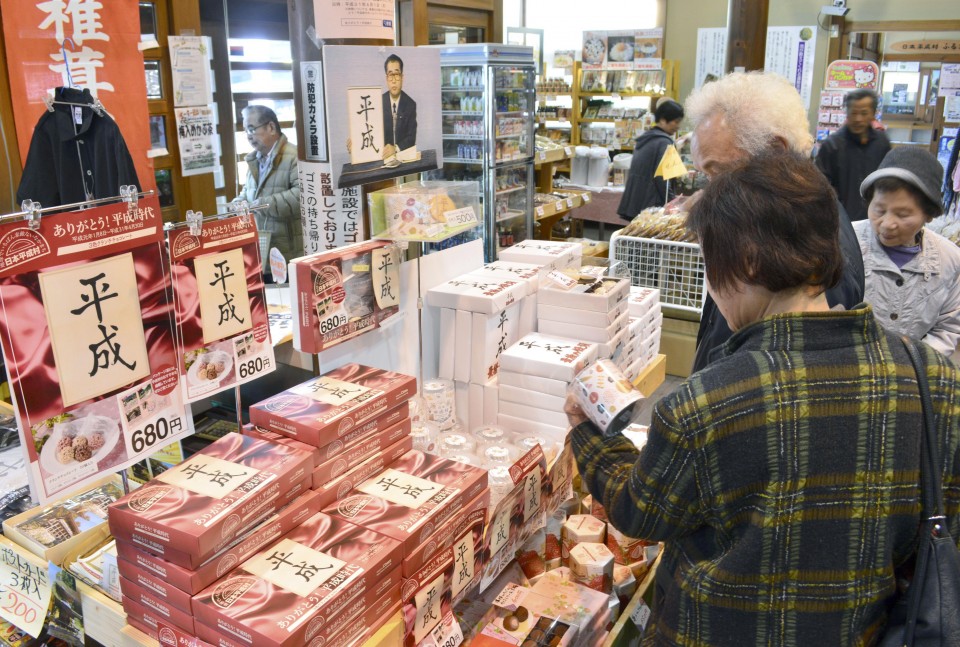 The district in Seki city is drawing renewed attention, with a roadside shop selling local goods becoming packed with tourists on weekends. Sales in January and February jumped 40 percent from a year earlier, an official said.

Tourists are also heading to Kyushu Railway Co.'s Heisei Station in the southwestern Japan prefecture of Kumamoto. Most visitors are taking pictures to post on social media such as Instagram and Twitter.

Travel agency Nippon Travel Agency Co. has planned a shinkansen bullet train roundtrip between Osaka and Kyushu that departs on April 30, the final day of Heisei, and returns on May 1 -- the first day of the new era. Special tickets with each era name have been prepared.

The Sunzu line of Izuhakone Railway Co., which operates in the central Japan prefecture of Shizuoka, has decided to switch to the Gregorian calendar from April to save system renewal costs needed for each imperial succession. 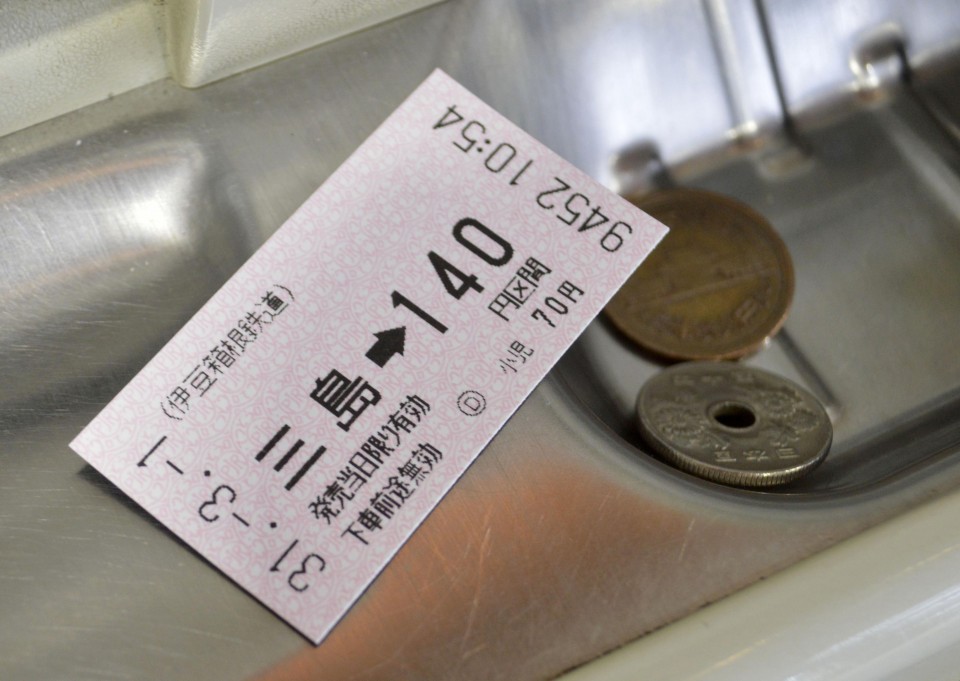 Tickets currently purchased have "31" printed on them to show the 31st year of Heisei, but from April, the number will change to "19" for 2019.

The railway company's spokeswoman Rie Sugihara said inquiries have been made by travelers who want to buy tickets while they still use the Japanese calendar, noting that it will become a "memorabilia item."