The Shiga prefectural government is beefing up efforts to attract foreign tourists to the western Japan prefecture from the nearby city of Kyoto, pointing to the easy accessibility of its tourist attractions such as Lake Biwa and Hikone Castle.

Tourists can cross the prefectural border in just 10 minutes by train. This easy access, which Shiga officials believe most foreign travelers to Kyoto, an internationally popular destination, are unaware of, should mean good tourism potential for Shiga as well. The prefecture plans to open a tourist information center in Kyoto in fiscal 2019. 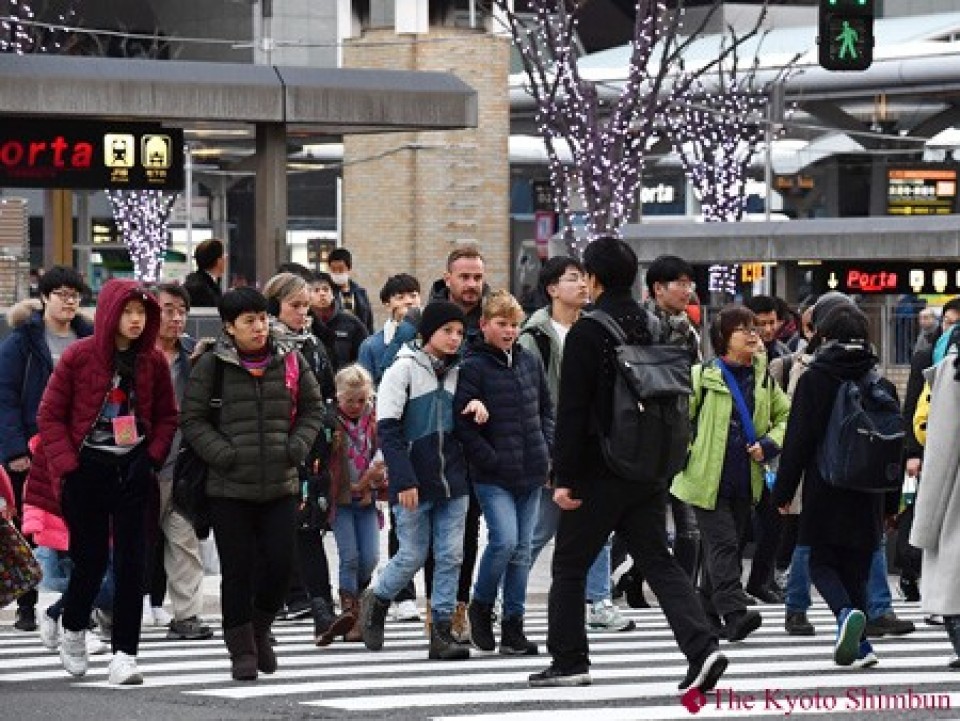 The center will be opened near JR Kyoto Station possibly as early as this summer, the officials said. The prefectural government plans to outsource to a private business the work of promoting its attractions -- the largest lake in Japan and a castle that has been designated a national treasure, as well as ski resorts and hot springs. The budget will be around 5 million yen ($45,000).

To increase the number of foreign tourists, the local government had been focused on promotion activities overseas, but has recently tried to approach foreign travelers who are already in Kyoto, which is struggling to cope with its high numbers of visitors -- a phenomenon called "overtourism."

Shiga's planned information center will promote the prefecture with video clips and posters, while highlighting the difference between its tourist attractions and Kyoto's.

In Kyoto, the city office of Otsu, Shiga's prefectural capital, operated a tourist information desk at Keihan Electric Railway Co.'s Sanjo Station in 2012 and 2013 to encourage tourists in Kyoto to make a side trip to the city.

But the desk is only open at certain times now to promote events because there was too big a swing in the number of users depending on the season.

"We will thoroughly promote Shiga to make it a travel destination choice after Kyoto and Osaka," said an official of the Shiga prefectural government's tourism and exchange bureau. "We plan to carry out the promotion for around two to three years to assess needs and effects."

More from The Kyoto Shimbun: