Former Nissan Motor Co. Chairman Carlos Ghosn was released on bail Wednesday after 108 days, walking out of a Tokyo detention facility unexpectedly in a worker's uniform, rather than an expensive suit, with his face mostly covered by a white surgical mask.

Ghosn's release from the Tokyo Detention House, where he had been held since his arrest on Nov. 19 on suspicion of financial misconduct at Nissan, will set the stage for him to step up preparations to fight what he calls "meritless and unsubstantiated" accusations in trial. 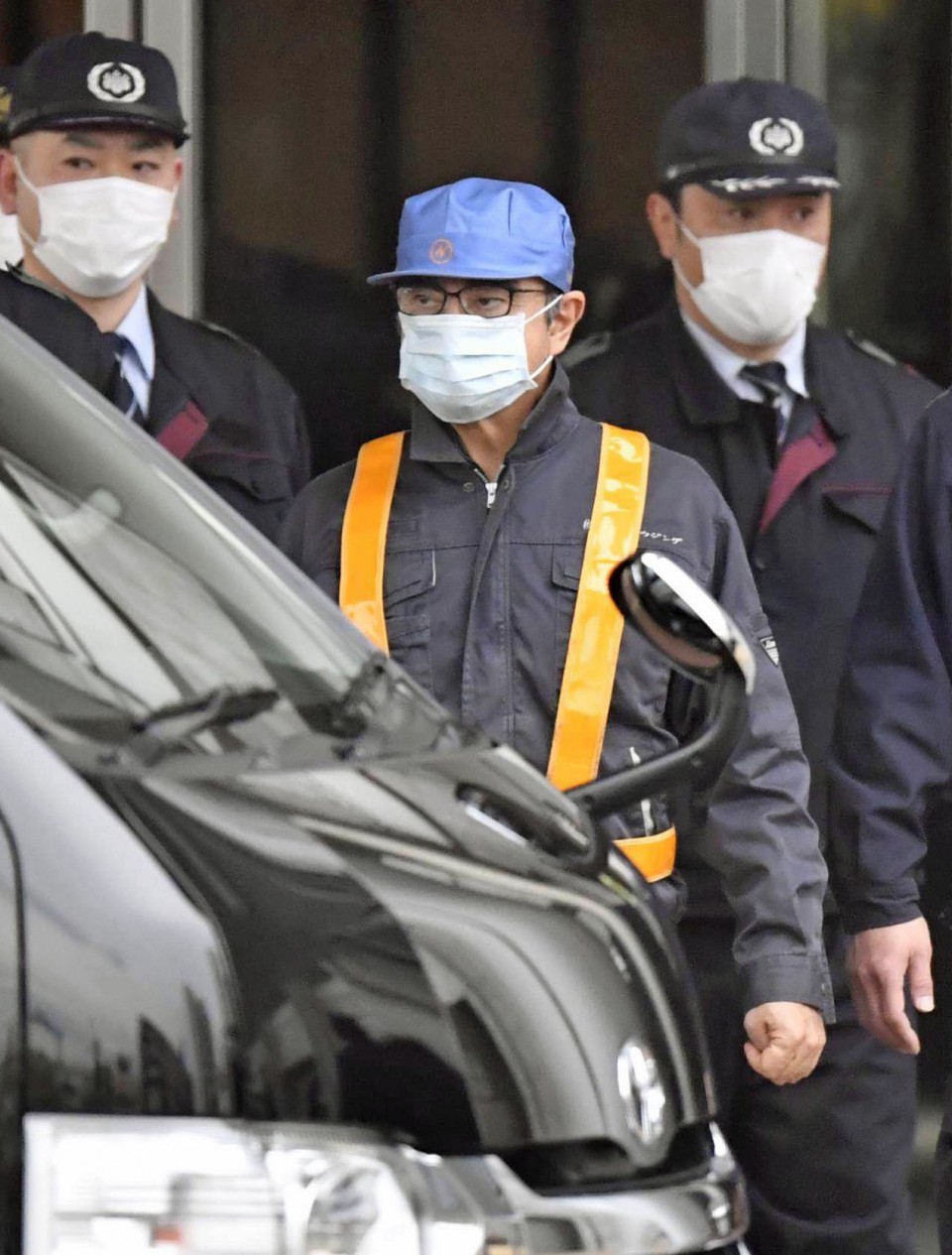 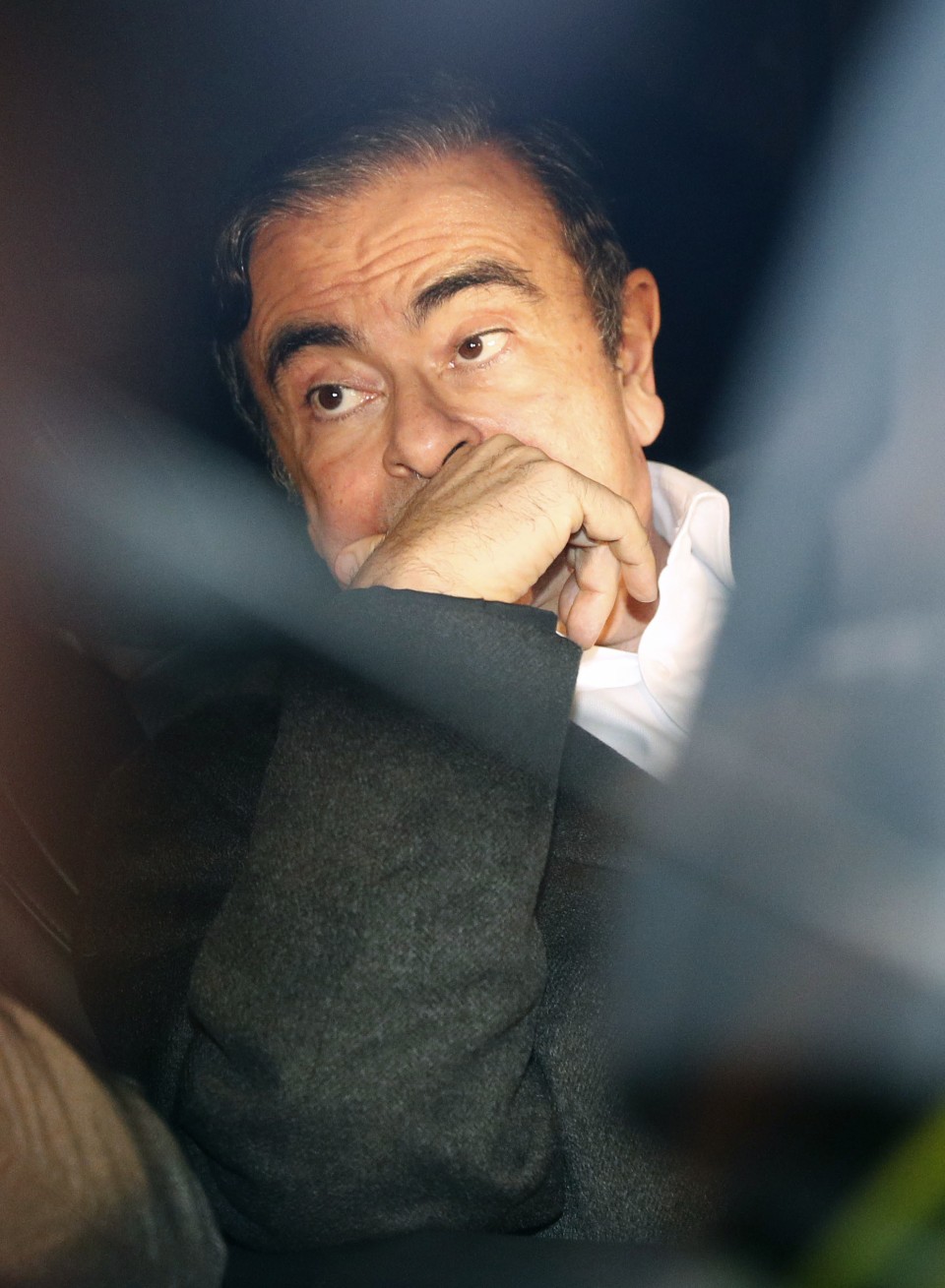 The 64-year-old was granted bail by the Tokyo District Court on Tuesday at the third time of asking and the first with his revamped defense team.

It is rare for a Japanese court to grant bail to a defendant who has denied charges before the pre-trial process of narrowing down dispute points has started.

During his time in detention, Nissan, Renault SA and Mitsubishi Motors Corp. all removed Ghosn, the three-way partnership's architect, as chairman and vowed to strengthen the auto group in his absence.

"It's within my expectations," Nissan CEO Hiroto Saikawa told reporters of the release of Ghosn, once celebrated for saving the Japanese automaker from the brink of bankruptcy in the late 1990s.

Saikawa said Nissan will disclose findings in its ongoing internal investigation on Ghosn's alleged financial misdeeds as swiftly as possible.

Conditions of Ghosn's bail included no internet access, remaining in Japan and having a security camera installed at the entrance of his residence.

Surrounded by security guards, he left the facility around 4:30 p.m., appearing to be in disguise, wearing a construction worker's outfit with orange reflective stripes, and a light blue cap, making him hardly recognizable as more than 200 journalists waited outside.

The once towering figure in the global auto industry climbed quickly into a waiting silver Suzuki Motor Corp. minivan, with ladder on the roof and cardboard boxes piled in the back seat. For unknown reasons, the driver was also wearing a worker-style uniform like Ghosn.

Ghosn, with graying hair around the sideburns, did not get into the black van that brought his lawyer to the facility shortly before his release. Blankets and futon mats he apparently used in his detention cell were transported in the van.

In a statement issued through his representative in the United States on Tuesday, Ghosn said, "I am innocent and totally committed to vigorously defending myself in a fair trial against these meritless and unsubstantiated accusations."

During his release on 1 billion yen ($9 million) bail, Ghosn will be banned from sending and receiving emails, from using mobile phones for internet connection and is only permitted to access an offline computer in his lawyer's office on weekdays during the day.

He can also only make one day or two day trips, while recordings from the security camera must be submitted to the court on a regular basis by his lawyers.

Among other rules to ensure there are no attempts to destroy evidence, Ghosn will also be banned from contacting Nissan executives and other people potentially linked to the allegations. But he will be allowed to attend board meetings at Nissan, where he remains a director, if the court gives approval.

The treatment of Ghosn following his arrest has brought Japan's criminal justice system under international scrutiny, with practices such as detaining a suspect for a long period and conducting interrogations without a lawyer present likened by critics to holding a "hostage."

Ghosn's release came after the bail money was paid Wednesday and the district court rejected an appeal from Tokyo prosecutors seeking to reverse the decision.

The bail request, made Thursday, followed two previous attempts in January that were rejected by the court, apparently out of concern Ghosn could destroy evidence or flee Japan.

Ghosn picked a new team of lawyers in mid-February with Hironaka as a core member to defend him in Japan, where the conviction rate stood at around 98 percent in 2018.

Ghosn is accused of understating his remuneration by around 9 billion yen in Nissan's securities reports over eight years through March last year.

He has also been charged with aggravated breach of trust for having transferred 1.85 billion yen in personal losses from derivatives contracts to Nissan in 2008, and having the automaker pay $14.7 million to Khaled al-Juffali, a Saudi businessman who extended credit to him.

The prosecutors are continuing their probe into other overseas transactions involving Ghosn that Nissan officials claim are opaque, investigative sources said earlier.

Nissan is set to hold an extraordinary shareholders' meeting on April 8 to remove Ghosn from the board and welcome Renault Chairman Jean-Dominique Senard, who assumed the post in January, as a new member.

The Japanese carmaker is also slated to name a new chairman by June, the post having remained vacant since Ghosn's dismissal shortly after his arrest.

At Nissan's headquarters office, employees took his release calmly, a Nissan employee said. Another employee at a Nissan affiliate company said, "I don't understand why somebody who was at the helm of a company would need to disguise himself," referring to Ghosn's attire as he came out of the detention facility.

Renault has said its former chairman and CEO will not rejoin its management with new CEO Thierry Bollore telling reporters in Geneva on Tuesday the French automaker's board will not seek the reappointment of Ghosn as a director at a shareholders' meeting in June.