U.S. envoy to visit Pyongyang on Feb. 6 to prepare for summit

A special U.S. representative to North Korea will visit Pyongyang on Wednesday for talks with his North Korean counterpart, to prepare for an envisioned bilateral summit, the U.S. State Department said Monday.

Stephen Biegun, who is in Seoul this week, is expected to discuss with Kim Hyok Chol, Pyongyang's former ambassador to Spain, a second meeting between U.S. President Donald Trump and North Korean leader Kim Jong Un, planned for the end of this month.

Biegun will also hold talks with his counterpart to "advance further progress on the commitments the President and Chairman Kim made in Singapore," the State Department said. 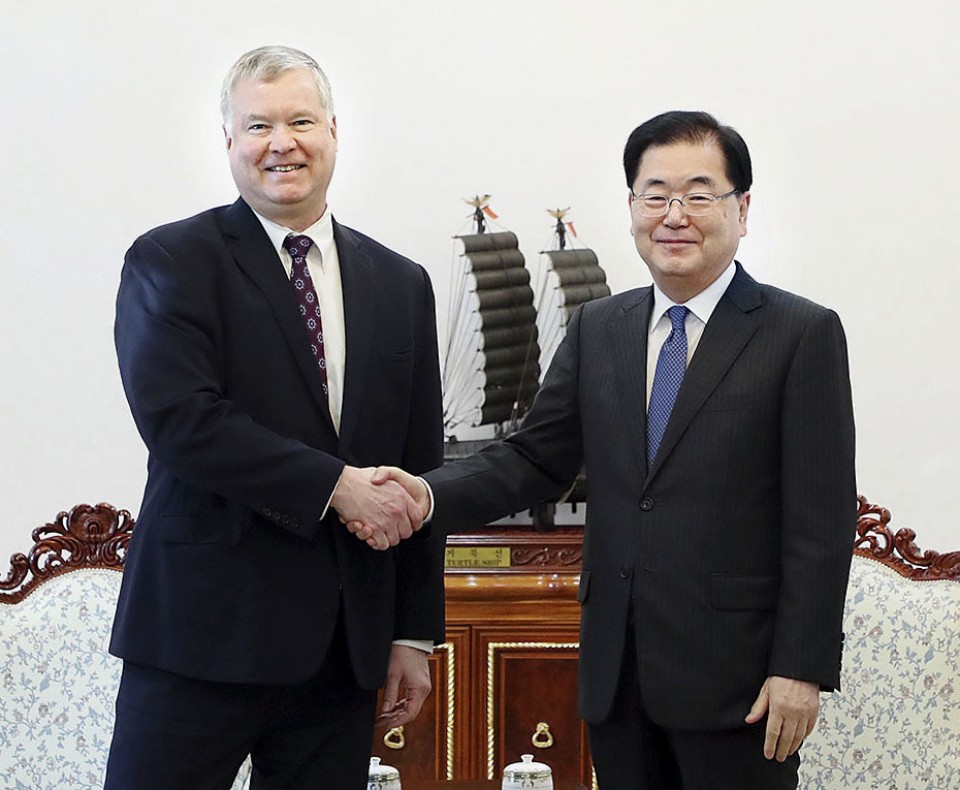 When the two leaders met in Singapore in June, Kim pledged to work toward "complete" denuclearization of the Korean Peninsula, while Trump committed to providing security guarantees to Pyongyang.

There was speculation that Biegun would meet with North Korean officials at the truce village of Panmunjeom in the Demilitarized Zone dividing the two Koreas, on Tuesday.