A farming village in northeastern Japan that saw demand for its produce plunge after the 2011 Fukushima nuclear crisis has found a way to spice up its image -- challenging people to try its soft-serve ice cream laced with locally grown ultra-hot peppers.

The village of Hirata, located 45 kilometers southwest of the Fukushima Daiichi plant, suffered a slump in sales of local vegetables including asparagus due to fears of radiation fallout, although it was not designated as an evacuation area by the government.

Amid the dire situation, three farmers began growing habaneros after taking a liking to what they described as the "cute" appearance of the little chili pepper, according to Tetsuya Kono, who manages a roadside stop that sells foods and other local products to travelers.

But it soon turned out that cultivating the bright red plant did not make business sense as the pepper is generally too hot for Japanese consumers. Habanero, famous for its devilish spiciness, is usually raised in Latin America.

The Hirata farmers then added the chili spice to their miso and curry-in-a-pouch, but sales still remained sluggish and the habaneros only piled up unused.

"Is there a product that uses a lot of habaneros?" The question inspired the "Habanero soft-serve ice cream" in 2015. 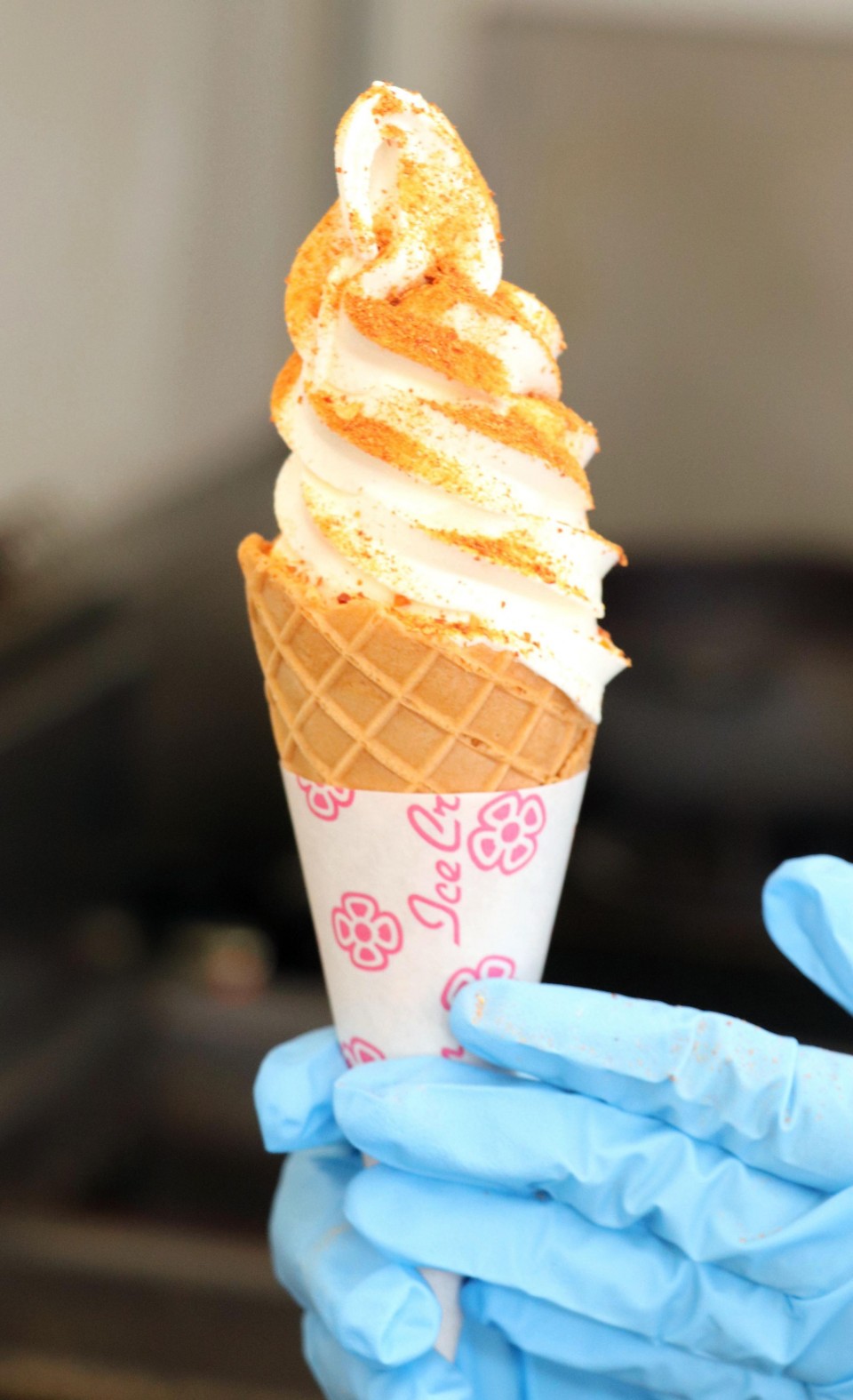 The ice cream has different spiciness levels depending on the amount of sprinkled chili powder. Customers who can cope with the "hellishly spicy" level get the ice cream for free. Word about the ice cream spread through social media and soon people willing to take the challenge from other parts of the country appeared.

So far, some 330 people have tried the ice cream and 90 percent finished it, with various reactions. Some, their eyes watering, seemed on the verge of crying but stubbornly soldiered on. Others seemed to relish it.

Making the ice cream is somewhat of a trial. Workers wear goggles and masks to sprinkle the habanero powder in an enclosure made of cardboard boxes.

At present the number of farmers cultivating habanero peppers has grown to 12 and producers can sell habaneros at 470 yen ($4.2) per kilogram, compared with 250 yen in 2014.

While promoting itself as "the spiciest village in Japan," asparagus and other vegetables remain flagship products for Hirata.

"Habaneros are merely a way for the village to advertise itself," Kono said. "We hope this will lead more people to visit Hirata and buy our vegetables."