Abe sent a five-page letter to the Norwegian Nobel Committee on the matter, Trump said, as he outlined what he considers have been his achievements since his first summit with North Korean leader Kim Jong Un in June last year in Singapore.

"Prime Minister Abe of Japan gave me the most beautiful copy of a letter that he sent to the people who give out a thing called the Nobel Prize," he said at a news conference at the White House.

"He said, 'I have nominated you' or 'Respectfully, on behalf of Japan, I am asking them to give you the Nobel Peace Prize,'" Trump quoted Abe as saying. 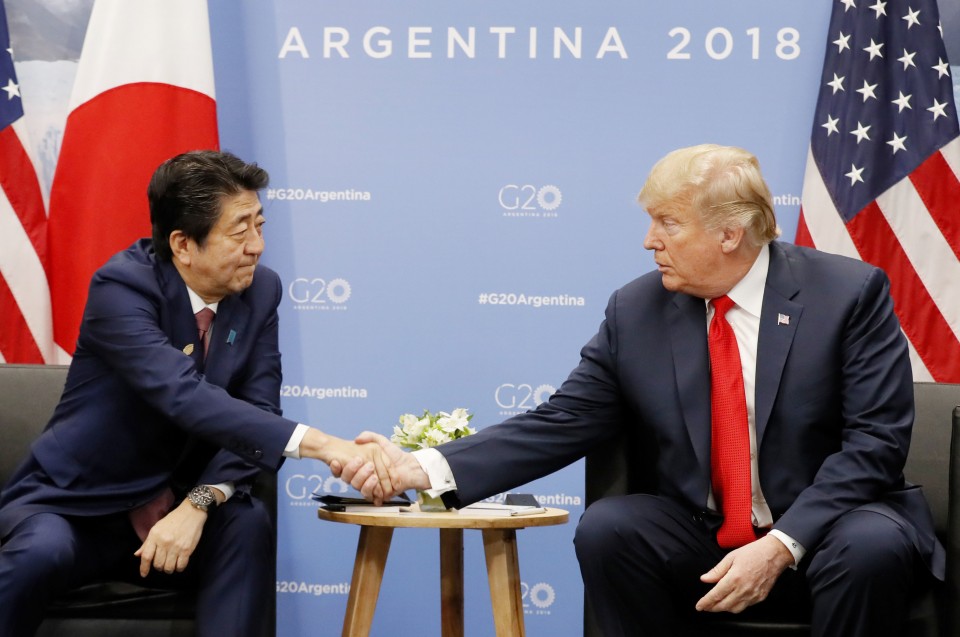 Trump, however, did not say when Abe sent the letter to the committee, which is responsible for selecting the Nobel Peace Prize laureates.

"Many other people feel that way too," Trump said. "I'll probably never get it, but that's okay."

Citing the absence of nuclear tests and missile launches by North Korea for more than a year -- for which Trump credited himself -- the president said Japanese people "feel good. They feel safe."

Trump said he has "a very good relationship" with Kim, and that he looks forward to having a second meeting with the North's leader on Feb. 27 and 28 in Hanoi, Vietnam.

"I like him a lot and he likes me a lot," Trump said. "Nobody else would have done that."

The U.S. leader said he is in "no rush" to denuclearize North Korea but wants Kim to continue to refrain from testing nuclear devices and ballistic missiles.