Shimane is the second least populated of Japan's 47 prefectures. In recent years, however, its mountain areas and remote islands have become a popular destination for people seeking to relocate. In the fiscal year that ended in March 2018, those moving to the prefecture outnumbered those moving out.

Among the newcomers bringing new life to Shimane are the Ricottas, who have come to succeed her grandparents' tea shop in hopes of keeping the almost century-old family business running.

Established in 1930, Komien Kamiryo Chaho specializes in manufacturing and selling "zaracha," a kind of tea made by roasting a plant from the pea family known as cassia nomame.

The shop's business had once blossomed as word of mouth spread about the tea's health benefits. But in the face of falling numbers of tourists and an aging local population, its sales in recent years have dropped to just about a fifth of that at its peak about four decades ago.

Rumi, 36, had been working in the advertising industry in Osaka since graduating from university. She enjoyed her job, finding it exciting and fulfilling. 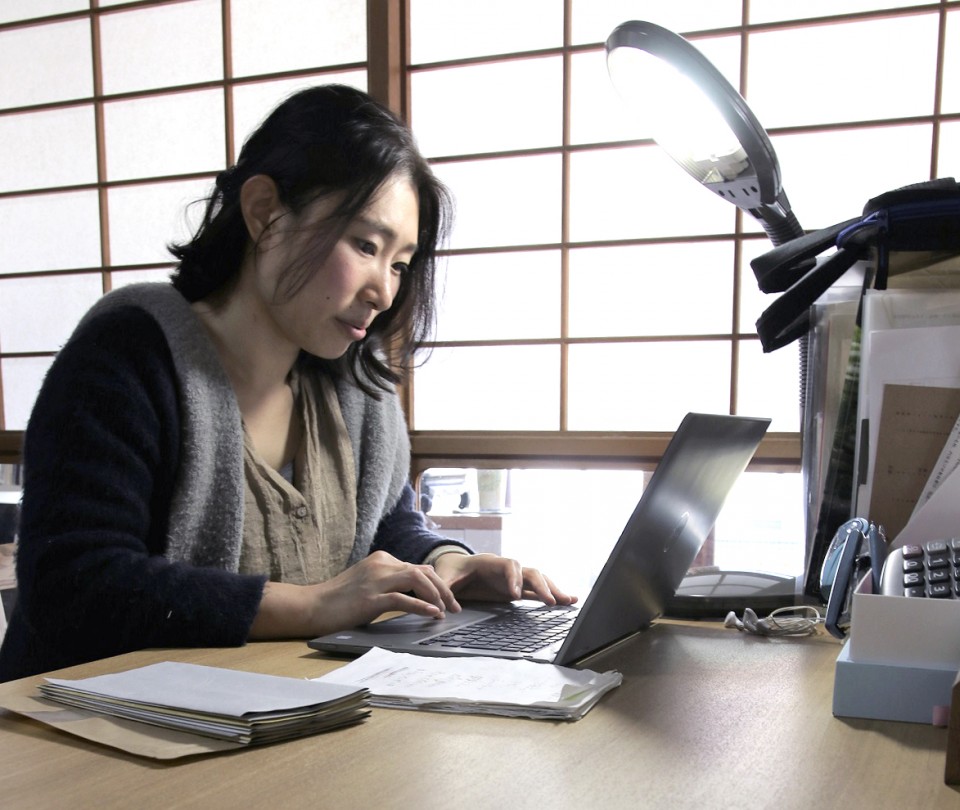 On one rare occasion, however, Rumi's father Masayuki Kamiryo said to her, "You have to think carefully ahead about the future."

Those words stuck in Rumi's mind. She sensed that he was referring to the issue of marriage, but at that time, she had always felt that "the marriage certificate is just a piece of paper."

In the aftermath of the March 2011 earthquake and tsunami disaster that devastated northeastern Japan, however, after learning that some people who had not registered their marriage were unable to obtain information of their partners' whereabouts from local authorities, her views of marriage and family started to change fundamentally.

The decisive turning point came in early 2013, when her father was diagnosed with pancreatic cancer. It became clear to Rumi that it was unlikely he would ever be able to return to Tsuwano to succeed his parents' tea shop as she had thought.

That was when she started contemplating, "If I succeeded the business, perhaps that might resolve various issues."

Rumi recalled that growing up, her father would always find time to spend with her no matter how busy he was. Gradually, Rumi came to feel strongly that she too would hope to become such a parent one day.

Running the family business would mean more flexible working hours, and it would also enable her aging grandparents to retire. More importantly, Rumi felt instinctively that this would be the best shortcut to support her father’s wishes.

For Rumi, there were also childhood memories of visiting Tsuwano with her father that she wanted to keep alive.

"I have fond memories of visiting this place many, many times with my father and I hope to make Tsuwano lively again," Rumi said.

In late 2015, Rumi told her father about her decision to succeed the family business. It came as a pleasant surprise for Masayuki, and Rumi said she would always remember how happy he was, laughing and joking that "well then, I'll be your sales manager in Osaka."

Rumi and Adrien, 31, who she met when studying English, married in April 2016 and their daughter Rina was born in September 2017. 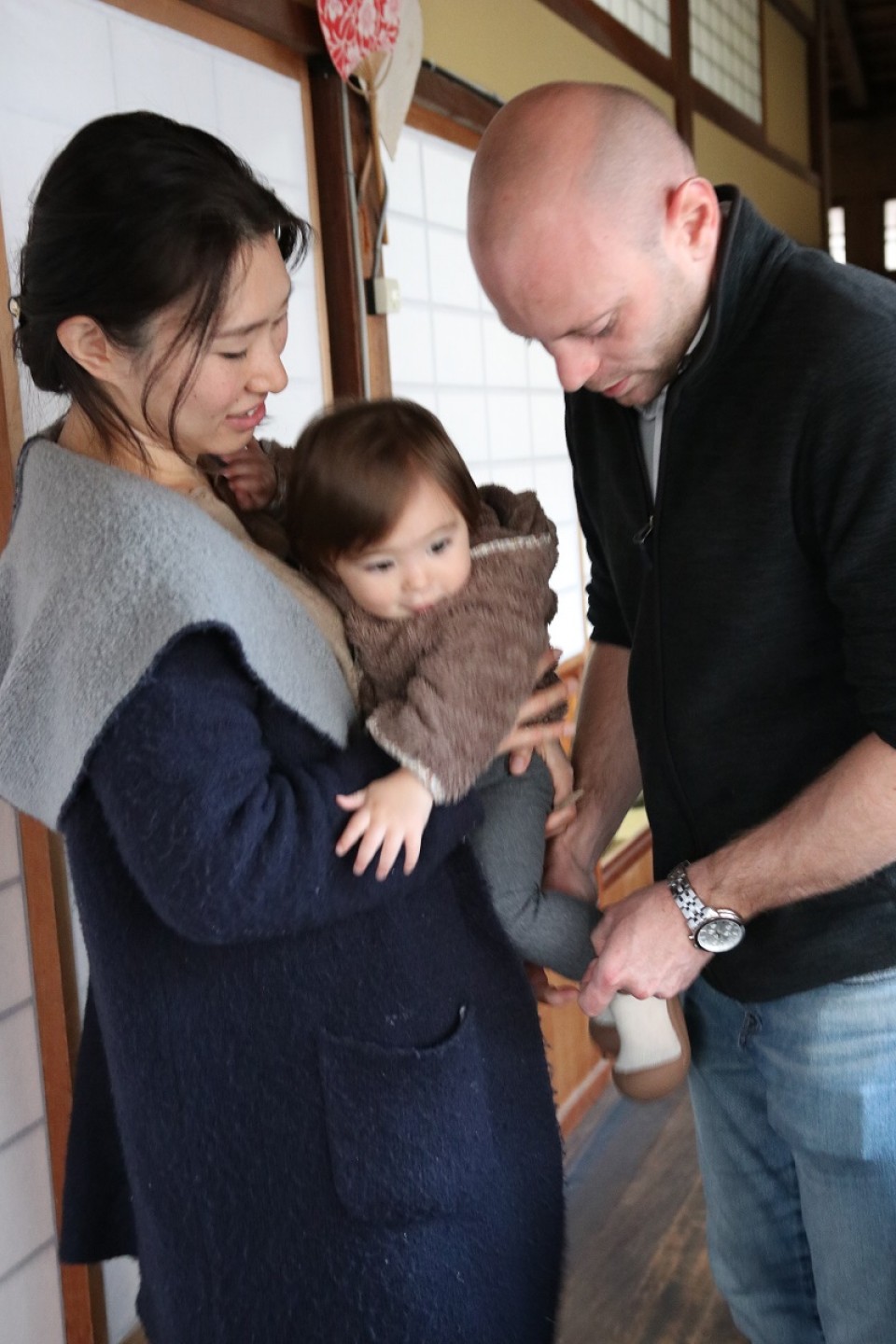 "Will we be able to make it with less income?" Prior to moving to Tsuwano, Rumi was worried about whether it would be financially sustainable. So she and Adrien worked together on a business plan on how to run the tea shop.

Thanks to the marketing research and networking skills honed during her career in Osaka, Rumi was able to feel positive moving forward.

As she researched thoroughly on the possibilities of turning the family business around, she became convinced that she would be able to expand sales and support her family.

Rumi said when she moved to Tsuwano, her income dropped significantly compared with her salary in Osaka.

In exchange, however, the new lifestyle enables her to spend more time with family, something that cannot be bought with money, she said.

That said, Rumi is not ready to let her expertise in advertising go rusty and be wasted. During her spare time, she engages in telework projects for a company set up by one of her former colleagues.

Rumi said she believes she can continue to polish her skills while living in Tsuwano and that it is reassuring to have additional income in case the tea shop business hits a temporary slump.

Is there a lot of pressure as the third-generation owner of a tea shop with almost 90 years of history? Not really, Rumi said. "The only thing I must preserve is the taste of zaracha. If things get tough, I can always try something new."

Even her grandparents, who were initially opposed to new packaging designs she put on the table in the beginning, are now willing to listen to her and say they trust that they can leave the business in her good hands. 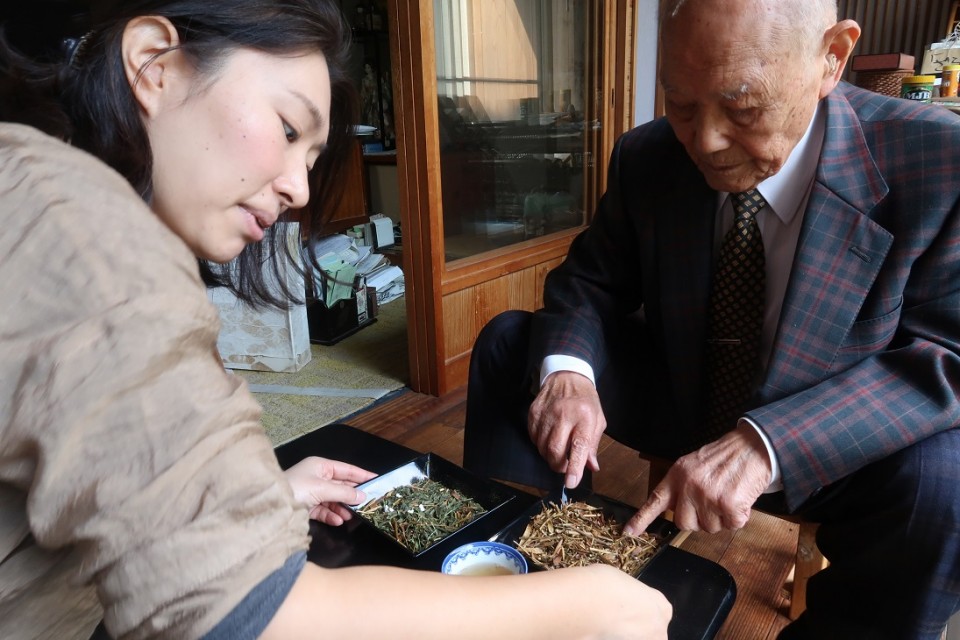 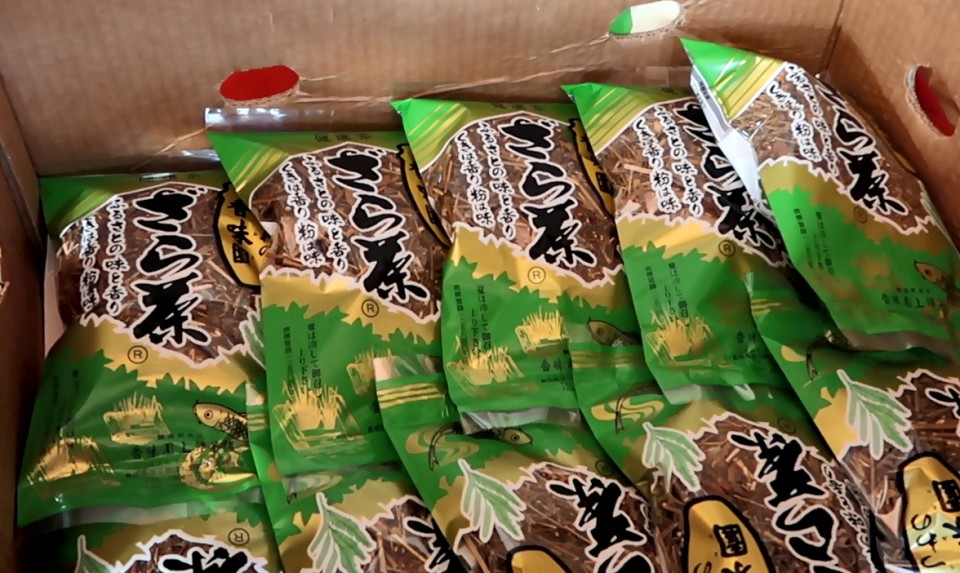 Right now, Rumi hopes to promote overseas sales, focusing her efforts on ferreting out demand for "kenko cha," which literally means tea for good health, and making sales in Europe.

Over half of the foreign travelers who visited and stayed in Tsuwano in 2017 were from Europe, according to tallies by the local tourism board and others.

The first overseas market she is eyeing is France -- Adrien's home country. Rumi said she felt encouraged when zaracha was well received at an event for promoting Japanese food and tourism in Paris last July.

Finding the right balance between work and family life remains a challenge at times. While she wants to work hard for the tea shop, she also wants to spend time with her family.

The days as a company employee when she used to immerse herself at work and "convert time into money" sometimes crosses her mind, Rumi said.

Still, she reminds herself why they decided to move to Tsuwano in the first place.

For example, whenever she gets to enjoy a long, leisurely dinner with her family after work or simply enjoy each other's company, she realizes she has found the true happiness of life she has been looking for.

"I hope (my father) will be a bit relieved if he sees my family as we are right now," Rumi said of her father Masayuki, who died last April at age 64.