In December, a jury unanimously found Pell, 77, guilty of sexually abusing two choirboys in the mid-1990s. However, the conviction was only made public Tuesday when the chief judge of the County Court of Victoria lifted a suppression order.

The court order was lifted after a second trial into further child sex allegations against Pell was abandoned. 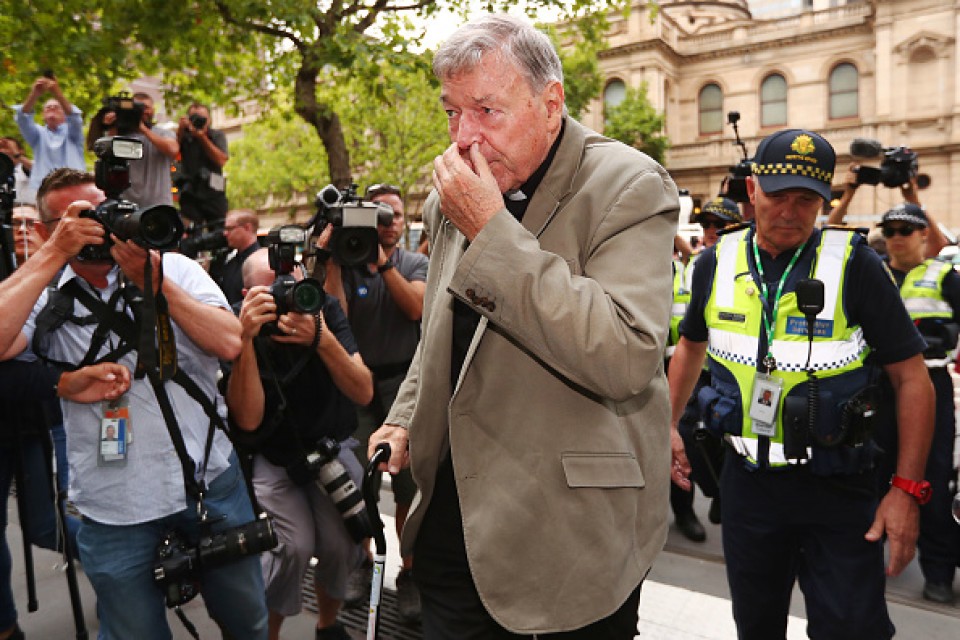 Pell, who lost his role as the Vatican's chief financial adviser, is found to have assaulted one 13-year-old boy and molested another shortly after celebrating Mass in Melbourne's St. Patrick's Cathedral in 1996, when he was Archbishop of Melbourne.

In a separate incident in 1997, Pell pushed one of the boys against a wall and sexually assaulted him. Pell had pleaded not guilty during the trial, which began in November.

According to the Associated Press, Pell faces a maximum 50-year prison term.

Pell's case has sent shockwaves through the Catholic church, already hit by a series of sexual abuse scandals in recent years.

Pope Francis quietly removed Pell from his inner sanctum of advisers, the so-called Group of Nine, or C9, in December.