Japan -- composed of Kobayashi, his older brother Junshiro, Daiki Ito and Yukiya Sato -- earned 920.2 points to finish on the world championship podium for the first time since 2009. Germany claimed their first title since 2001 with 987.5 points, while Austria took silver with 930.9.

The Kobayashi brothers each posted 127-meter leaps in the first round of jumps to lift Japan into third place. Sato led off the second round with a 125-meter jump, and the Japanese siblings finished strong with Junshiro and Kobayashi jumping 126 and 123 meters, respectively. 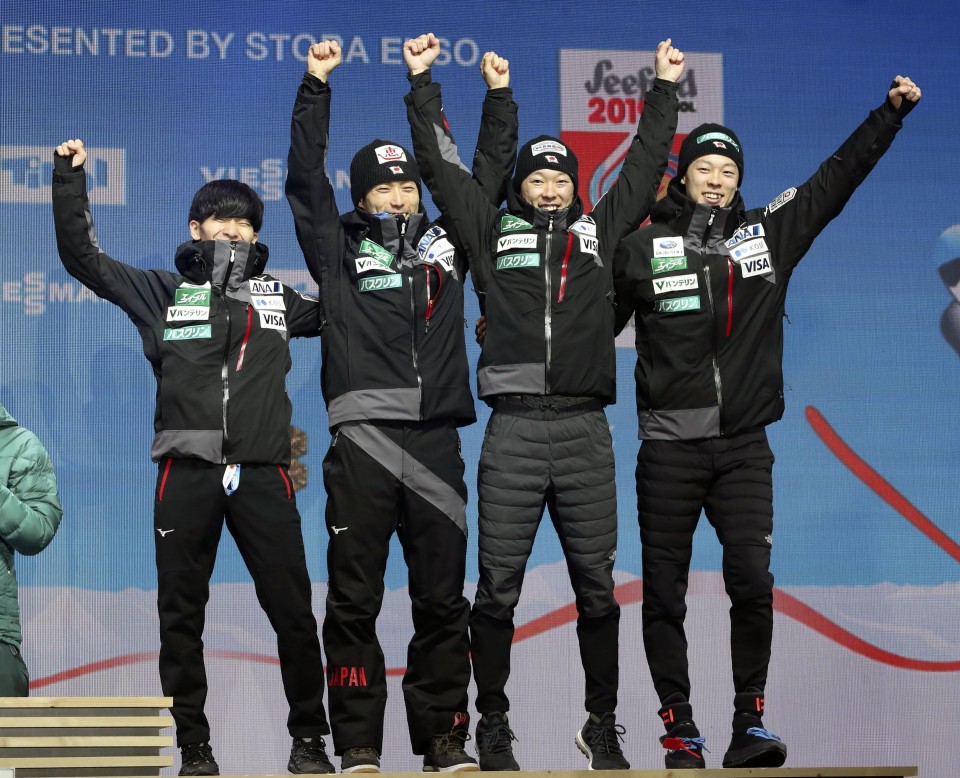 "I was really happy," Ryoyu Kobayashi said. "I knew everyone would give their best performance. I jumped with good tension."

The 33-year-old Ito, competing in his eighth straight world championship, said winning "these kinds of medals will become a weapon for Japan in the future."

Ryoyu Kobayashi, who has 11 wins on the World Cup circuit this season, finished fourth in the men's large hill individual event on Saturday. The ski jumpers begin training for the individual normal hill event on Tuesday.

Around 700 athletes from 60 nations participate in 21 medal events in the Feb. 19-March 3 Nordic World Ski Championships held in Seefeld and Bergisel in Innsbruck.