The failure of global climate efforts will wipe out two-thirds of glaciers in the Hindu Kush Himalayan region by 2100, leading to an increase in extreme weather events and the destruction of crops, a report released this week warns.

The study, led by Philippus Wester of the International Center for Integrated Mountain Development, is the first and most authoritative report of the region also known as the world's Third Pole for its vast store of ice. 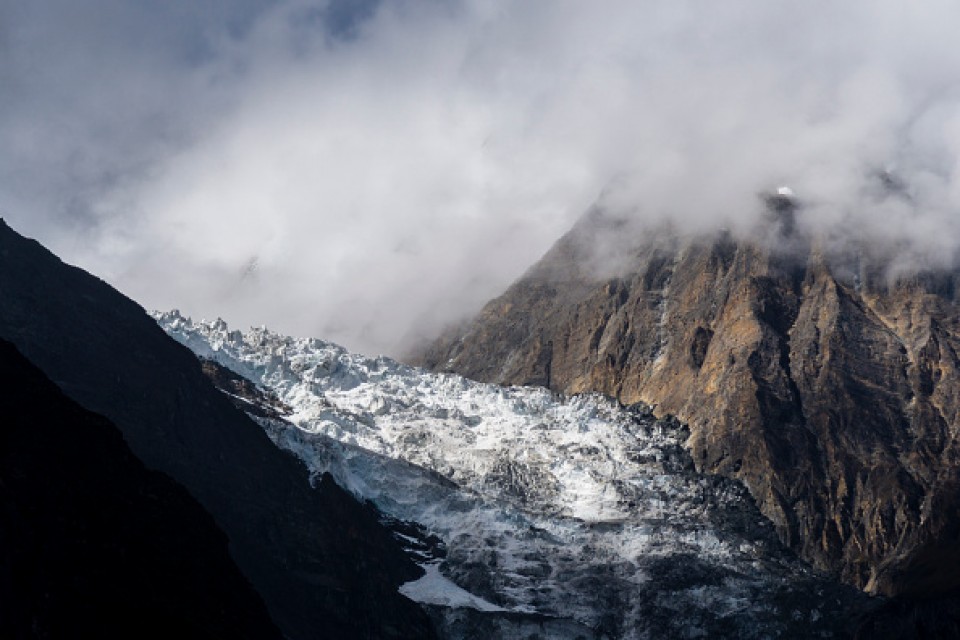 (The ice of the Gangapurna glacier is filling a rock valley.)[LightRocket/Getty/Kyodo]

"Global warming is on track to transform the frigid, glacier-covered mountain peaks of the (Hindu Kush Himalaya) cutting across eight countries to bare rocks in a little less than a century," Wester said.

The disappearance of two-thirds of the glaciers in the region -- which covers 3,500 kilometers across Afghanistan, Bangladesh, Bhutan, China, India, Myanmar, Nepal and Pakistan -- will throw "urban water systems and food and energy production off kilter," Wester added.

Not meeting the ambitious Paris Agreement goal of limiting a global temperature spike to 1.5 degrees Celsius from preindustrial levels will make the disappearance of these glaciers by the end of the century certain, while meeting the goal would still lead to a loss of a third of the glaciers, according to the assessment.

The region is home to 250 million mountain dwellers and 1.65 billion more living in river valleys below.

The glaciers under threat feed 10 important river systems, including Ganges, Indus, Yellow, Mekong and Irrawaddy. Billions of people depend on these river systems for food and energy.

Researchers involved in the study found ice masses in the region have rapidly thinned and retreated since the 1970s.

"We need to start thinking of mountain regions as climate hotspots worthy of urgent attention, investment and solutions," said Dasho Rinzin Dorji, a member of the center for mountain development from Bhutan.